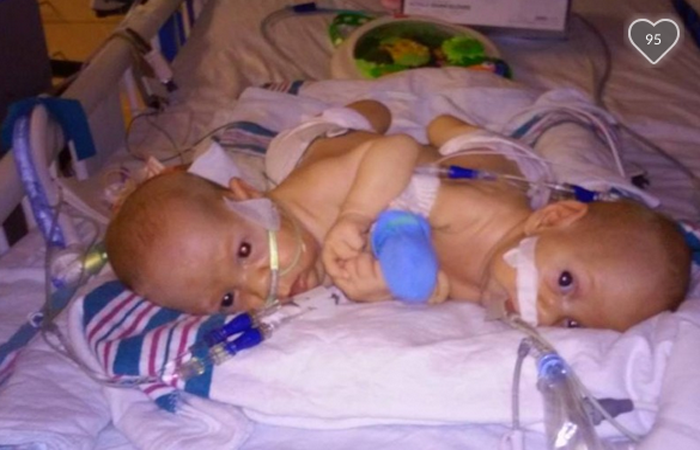 Carter and Conner Mirabal were a rare set of conjoined twins — but not anymore. Their parents, Bryan Mirabal and Michelle Brantley, were shocked when they discovered last year that not only were they facing an unexpected pregnancy, but that they were having twin boys. Then they received the news that Carter and Conner were conjoined. People told them that they should have an abortion, but they refused and chose life for their boys.

Finances are a major burden right now, as well. Both Mirabal and Brantley are out of work, but do what they can with side jobs to provide for their family.

Brantley said that she just wanted to see her twin boys grow up to play with their older brother. And now, they’re a little closer to being able to do just that. The two boys have been successfully separated after a long surgery at Wolfson Children’s Hospital in Jacksonville, Florida.

Born in December of 2014, their doctors wanted to give them time to grow and get stronger before attempting the separation. Originally, the plan was to wait until the boys were nine months old, but doctors realized that the operation needed to happen sooner. With an expert medical team assembled, the surgery finally took place, with tears and applause from the family to the news that the separation had taken place and the boys had survived.

The boys are currently continuing to recover in the NICU, where doctors say they are doing well. They are expected to need at least one more surgery in the future, but for now, the future for these two miracles looks bright.