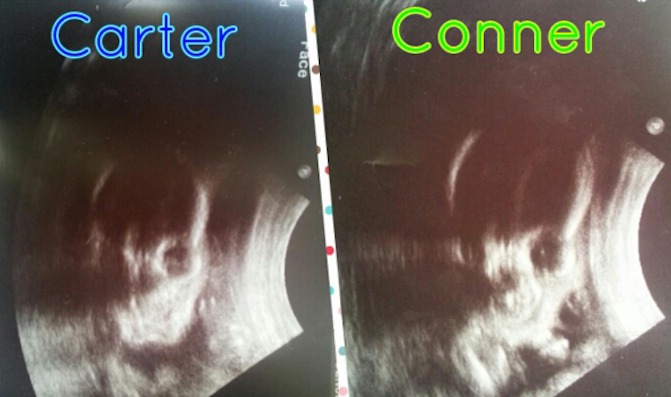 A couple in Jacksonville, Florida had just welcomed a baby boy less than a year before when they discovered that they were pregnant again. Despite using birth control, they had conceived twins, and at first, they were thrilled about the unexpected additions to their family.

Then they got the unexpected news: their twin boys were actually conjoined twins. First Cost News has full coverage with some highlights we have pulled out below:

The couple’s boys, which they intend to name Carter and Conner, are connected facing each other from their sternums to their upper waist lines.

…”I couldn’t really say anything. I was just trying to wrap my head around it,” Brantley recalled about the day they received the prognosis.

But, according to the couple’s doctors, this particular positioning is one of the most common among conjoined twins and often leads to a successful separation after delivery.

Finances are a major burden right now, as well. Both Mirabal and Brantley are out of work, but do what they can with side jobs to provide for their family. Despite the pressure to abort their twin boys, the financial challenges they are facing, and the potential health risks, the parents refused to end their lives, with Brantley saying that all she wants is to see her twin boys play with their older brother one day.

Brantley’s due date is in early January, and they are busy trying to finalize preparations for the birth of their twins. A GoFundMe account has been set up to help the couple raise money to offset the costs of the twins’ health care. They say they are relying on each other, and their faith in God, to get them through.

It is tragic that our society’s response to hardships and challenges that preborn children may face is to rob those children of their lives. A child that will have a disability, or may not live for very long after being born, is just as deserving of life as any other child. What will it take for that truth to be recognized?