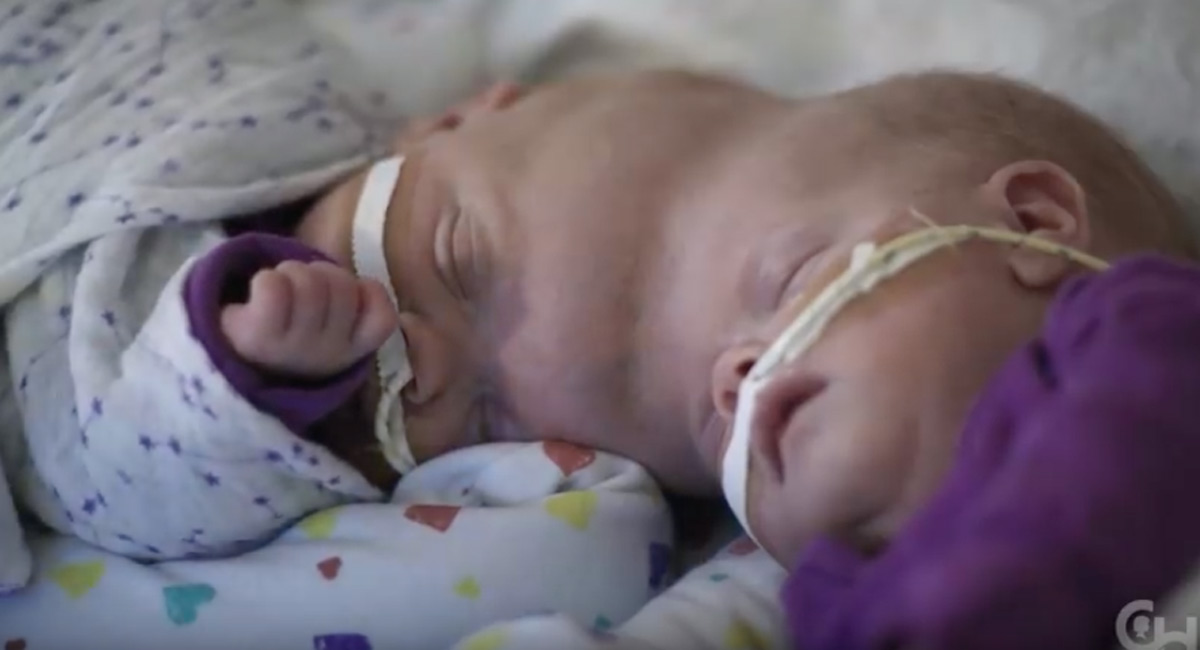 In January 2016, the Delaneys, a North Carolina couple, learned that they were expecting twins. That same doctor appointment sonogram showed that the twins were connected at the head. Craniopagus twins, the medical name for being connected or conjoined at the head, are the most rare kind and represent only about 2% of all conjoined twins. Faced with this life-altering prenatal diagnosis, mom Heather Delaney, stated, “we knew in that moment we would go through the pregnancy no matter what. I just didn’t think it was my place to decide if they lived or died.”

For specialty maternal-fetal medical care, the family was referred to Children’s Hospital of Pennsylvania (CHOP). The twin girls, Abby and Erin, were born 10 weeks early via emergency C-section on July 24, 2016.

In June of 2017 at 10 months old, the twins underwent an 11-hour separation surgery requiring a medical team of 30 people. The surgery was particularly challenging because the twins shared a major blood vessel in the brain, and death for one or both of the girls during surgery was a very real possibility.

After multiple “codes,” when the heart stops beating and has to be resuscitated, and life-threatening brain bleeding in both girls, the surgery was ultimately successful. It was the 24th such successful surgery for CHOP since 1957. More on the surgery itself and immediate hospital recovery is here.

After a total of 485 days in the hospital, they were able to go home. Now 2 ½, they return to Children’s Hospital of Pennsylvania every few months for checkups with several specialists, and plans are underway for reconstructive facial and skull surgery between 3 and 5 years old. In a 6-minute Progress Report released by CHOP, Heather reports that Abby and Erin have occupational therapy, physical therapy, speech therapy, feeding therapy, music therapy, and play therapy.

Mom Heather says, “Because we’re their parents, we just see them for who they are and not for what’s ‘wrong’ with them.”

“As a parent, doesn’t matter what the issue is with them..you are going to love that child, no matter what,” says the twin’s father.

A GoFundMe to assist with the family’s medical and travel expenses is here, and an Amazon wishlist for the twins’ ongoing needs is here. keep up with the twins’ progress on Facebook, here.