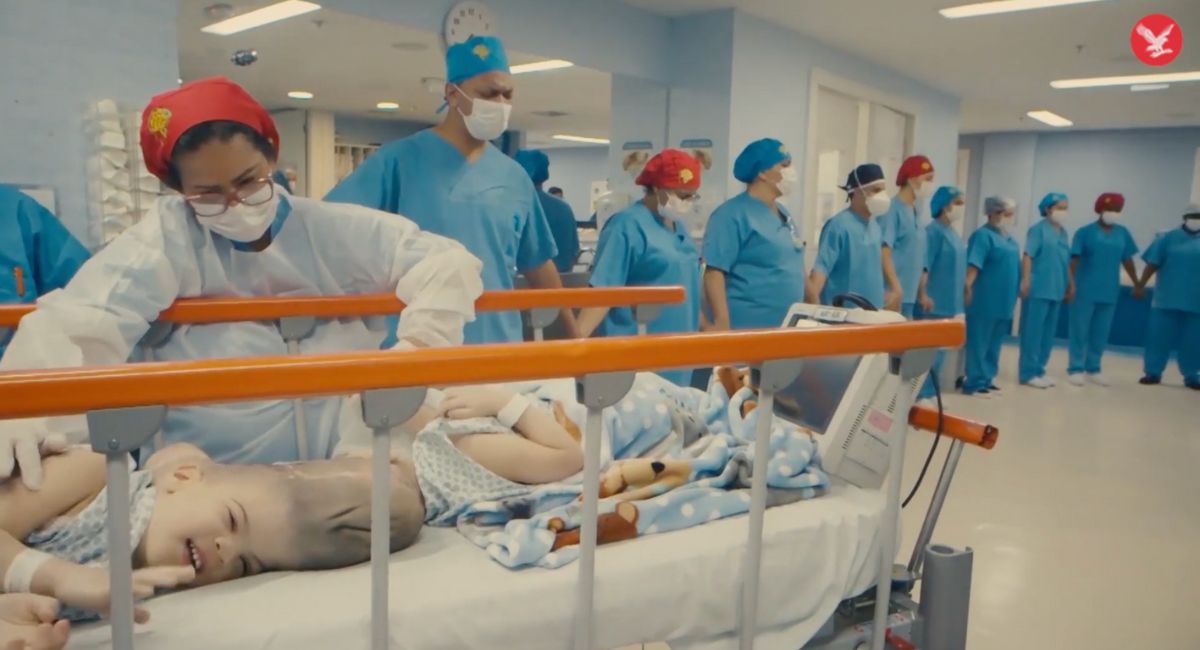 Twin three-year-old brothers in Brazil who were born joined at the head and sharing a fused brain have been successfully separated in a 27-hour surgery by a British neurosurgeon.

Bernardo and Arthur Lima are the oldest craniopagus twins with a fused brain to have been separated. They had previously been through seven procedures at the Instituto Estadual de Cerebro Paula Niemeyer in Rio de Janeiro. Pediatric neurosurgeon Noor ul Owase Jeelani from London’s Great Ormond Street Hospital performed the surgeries, the last two of which took a combined 33 hours, according to The Evening Standard. One hundred medical staff worked together to accomplish this “remarkable achievement,” which included virtual reality training for months in preparation. Jeelani called it “space-age stuff” with doctors from all over the world working together in one virtual reality to practice the procedures.

“It’s just wonderful, it’s really great to see the anatomy and do the surgery before you actually put the children at any risk,” he explained. “You can imagine how reassuring that is for the surgeons. In some ways, these operations are considered the hardest of our time, and to do it in virtual reality was just really man-on-Mars stuff.”

One of the challenges in the case was that previous attempts to separate the boys had left them with scar tissue that complicated the surgery and made Jeelani feel “really apprehensive” about carrying out such a risky procedure. Though he took only four 15-minute breaks during the entire surgery process, he said it was all worth it. The boys are said to now be recovering well.

“There were a lot of tears and hugs,” he said. “It was wonderful to be able to help them on this journey.”

Dr. Gabriel Mufarrej, head of pediatric surgery at the Brazil hospital where the surgery was performed, said that since the boys came to them two and a half years ago, they have become part of the hospital family. “We are delighted that the surgery went so well and the boys and their family have had such a life-changing outcome,” he said.

Jeelani founded Gemini Untwined in 2018, a charity that funded the separation surgery for Bernardo and Arthur. This was the sixth time Jeelani had separated twins with the help of the charity. According to Gemini Untwined, one in 60,000 births are conjoined twins and just five percent of them are joined at the head. Of the 50 sets who are born each year, only about 15 survive more than 30 days after birth. However, with new advancements, which the charity is planning to make more accessible to families around the world, half of these twins would be successful candidates for the surgery.

“The successful separation of Bernardo and Arthur is a remarkable achievement by the team in Rio and a fantastic example of why the work of Gemini Untwined is so valuable,” Jeelani said in a statement obtained by The Independent.

“Not only have we provided a new future for the boys and their family, we have equipped the local team with the capabilities and confidence to undertake such complex work successfully again in the future,” he added. “It is through this process of teamwork and knowledge-sharing globally that we can hope to improve the outcome for all children and families that find themselves in this difficult position.”