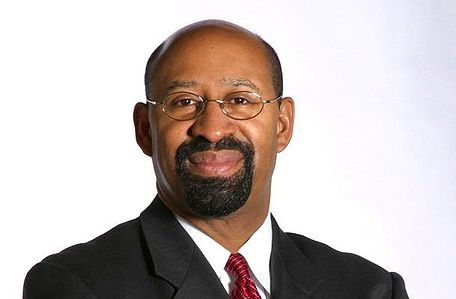 Nothing but a flood of broken talking points, as usual.

The United States Conference of Mayors thinks it’s doing women a favor with the group’s recent resolution to combat the supposed war on women. All they are doing is reiterating the same broken points that the rest of pro-abortion America shouts from the rooftops every chance it gets. Perhaps they think if they say it enough, eventually it will be true. Unfortunately, the one truth about abortion that stands the test of time is that it is the outright murder of one innocent human because one other human deemed that life unwanted, problematic, or unworthy. But the mayors don’t see that.

Abortion Is Not Health Care 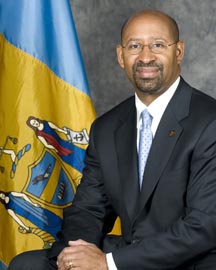 At their 80th Annual Meeting, the mayors, representing about 1,200 U.S. cities, begin their reproductive rights resolution by stating that “Americans believe that women should be able to consult with their doctor, family, and faith about personal, private medical decisions[.]” This is obvious. What the mayors are failing to realize is that pregnancy is not a disease, and abortion is not health care. Ninety-three percent of abortions are done for social reasons – e.g., birth control failure and a woman simply not wanting her child. One percent occur because of rape or incest. That leaves 6% of abortions that occur for a medical reason. In those cases, the doctor could and the mother should seek other options, including a carefully monitored pregnancy or induced labor in the cases involving complications, an emergency c-section for a mid- to late-term pregnancy health crisis, or adoption if the child has an “abnormality” that the parents don’t feel equipped to handle. Killing the child is not the answer, and all avenues should be taken to try to save both mother and baby.

Abortion is not health care. Health care works to save lives, not end them. In reality, while Americans believe in the right to privacy, we don’t believe that this right allows you to torture and kill other humans (or even animals) behind closed doors.

Ultrasounds Are Standard in Abortion

The mayors’ resolutions goes on to say that “states enacted twice as many anti-choice laws in 2011 as they did in the previous year, including laws that force women who choose abortion care to undergo a forced ultrasound procedure against their will and even if their doctors do not recommend one[.]” But even Planned Parenthood clinics admit that ultrasounds are part of the standard when performing an abortion for the safety of the women receiving abortions. The gestational age of the baby needs to be determined in order to provide the mother with the appropriate abortion method, and an abortionist must use an ultrasound to accurately perform a surgical abortion. The only reason an abortionist would not conduct an ultrasound is if he were not providing women with adequate “care.”

Babies Born at 21 Weeks Have Survived

Then, the mayors write, “eight states since 2010 have enacted laws that ban abortion at 20 weeks, regardless of the women’s situation, without exceptions to protect her health[.]” But unborn humans reach viability shortly after 20 weeks. Within that month, babies have been born and survived as young as 21 weeks and 6 days. The only “situations” the mayors are referring to are those of rape and incest; however, the baby isn’t just the rapist’s child. It’s the mother’s child as well. In addition, the baby did not commit the crime and should, therefore, not be punished by death for it. In the cases of protecting the mother’s health, doctors can attempt to keep the mother safe and healthy, without killing the child, until the child reaches viability and can then be delivered safely and survive.

Doctors against Abortion Offer Other Options in an Emergency

Additionally, the resolution states that “the U.S. House of Representatives also passed … another bill that would allow hospitals to refuse emergency abortion care to women who could die without it[.]” In reality, no good doctor is going to watch a woman die or send her away. But a good, caring doctor will figure out some way to try to save both mother and child by hospitalizing the mother and providing treatment, or inducing labor and trying to save the baby. Abortion is still not the answer.

Planned Parenthood Has Failed in Its Supposed Mission

The Right to Life Is Fundamental

Finally, the mayors sum up by vowing to fight pro-life laws, saying that the Conference of Mayors “urges Congress and the states to pursue a positive agenda that reaffirms fundamental rights and improves women’s access to safe and comprehensive reproductive-health care.” But abortion is not a fundamental right, while the right to life is. If we continue to blindly follow the pro-abortion claim that abortion is about health care and private decisions, we will soon witness the legalization of infanticide, now dubbed after-birth abortion. And I’m betting that this same group of mayors will support that as well.