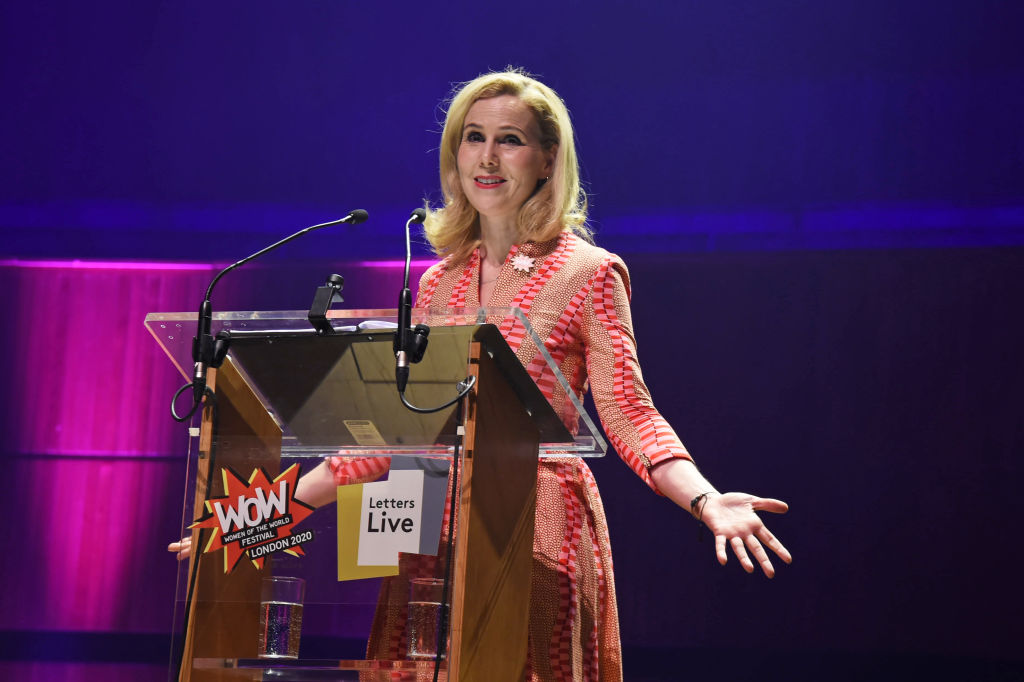 British actress and comedian Sally Phillips is best known for her roles in movies like “Bridget Jones’ Diary” and “Pride and Prejudice and Zombies.” But she’s also a mother to three children, one of whom has Down syndrome. And she’s embraced that role to the fullest, speaking out against eugenic abortion and advocating for other people with Down syndrome.

In a previous interview with the Guardian, Phillips gave the story about receiving her son’s Down syndrome diagnosis, and her decision to front a BBC documentary titled, “A World Without Down Syndrome.” After Olly, now 15, was born, she said the focus had been on her due to her c-section. “Olly scored highly on all the tests and no one noticed there was anything different about him. I noticed,” she recalled. “And I asked them to look at him. There was something about his eyes that was troubling me. It was as if his cheeks were really big and not allowing his eyes to open. I said, ‘Does he look like that because I ate a lot of cake when I was pregnant?’ They said, ‘Yes, probably.’”

But his low muscle tone—something most people with Down syndrome struggle with—led him to have trouble eating, and it wasn’t until he was 10 days old and had lost a stunning five pounds that he was finally diagnosed.

Phillips said it was difficult for her to not buy into the societal outlook of Down syndrome as something negative. “There were lots of moments during Olly’s babyhood where I would think to myself, ‘Wait a minute, I am not experiencing this as a disaster.’ But you are so bought into the narrative,” she said. “All the pregnancy books refer to Down’s syndrome as a ‘defect’. All you get is this information that says ‘High incidence of leukaemia, high incidence of deafness’ … It’s totally overwhelming and unhelpful.” 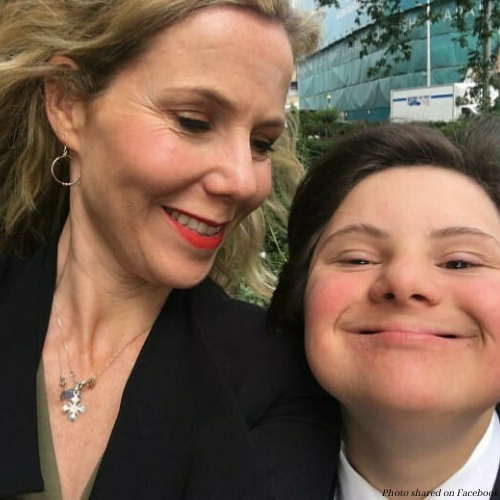 Phillips with her son, Olly.

Doctors constantly told her things Olly wouldn’t be able to do—all of which turned out to be wrong. “I was told he would never ride a bike. He goes for a bike ride every day,” she said. “I was told he would never be able to climb anything. Then we started having this problem where he would scale the back fence of the garden because he wanted to make friends with the neighbour’s children. None of the rest of us could scale that fence. The thing is, nobody knows what Down’s syndrome children can achieve.”

But it wasn’t until NIPT, or non-invasive prenatal testing, began to be readily available around the world, including through the NHS in the United Kingdom, that Phillips began thinking of herself as an advocate. Despite Phillips’ support of legal abortion, she struggled with the idea of a child being aborted solely because of Down syndrome. “I get asked, ‘Did you know?’” she said. “But what I hate is that I also get asked, ‘Didn’t you know?’ And that’s what worries me.”

READ: Her husband left after a Down syndrome diagnosis, but she chose life anyway

In a system where everybody screens and where you know at 10 or 12 weeks with 99% certainty whether your unborn baby has Down’s syndrome, it becomes ‘your fault’ if you choose to have the baby. We have imperceptibly flipped into a situation where the woman is under societal pressure to have that termination. Where does it lead?

If you choose to have that child, should the government help you? After all, it was your choice. Why should anyone else help you? We are really close to that attitude already. There is already a new kind of pernicious discrimination towards disabled people, the idea that they are scroungers. “Why should you steal my taxes?” Who, then, would want to have that child?

Now, in a new article she wrote for the Telegraph, Phillips is continuing to speak out about the value of people with Down syndrome. “My younger self would have been frightened if she knew what motherhood had in store,” she said. “But I wish I’d known it’s far from a worst-case scenario to have a child with Down’s syndrome.”

Phillips explained that Olly has taught her that all people have inherent worth, regardless of what they may or may not accomplish. “My eldest son, Olly, who is 15 and has Down’s syndrome, brings so much joy,” she said. “He’s redirected me back to the values we have naturally as children: the view that people are equal, and one person isn’t better than another person just because they get an A at school.”

Of the documentary she made, Phillips said she felt it was necessary because people treated her like her life had been ruined. “I began to think there was something to say [about the ethics of pregnancy screening],” she said. “In the end, Olly really enjoyed being in the documentary we made.”

In addition to Olly, Phillips has two other sons: Luke, 13, and Tom, 8. And there’s enough love there for all three of them. “I did a crash course in Down’s syndrome, got burnout, lay flat on the ground and thought, ‘no can do,'” she said. “When you’re at that point with your child, looking at the sky, you think, ‘this is parenting, actually.’ Just enjoying your company, lying on the grass. I love him just like I love my other two.”