Food, water restored to comatose man after mom fights for his life 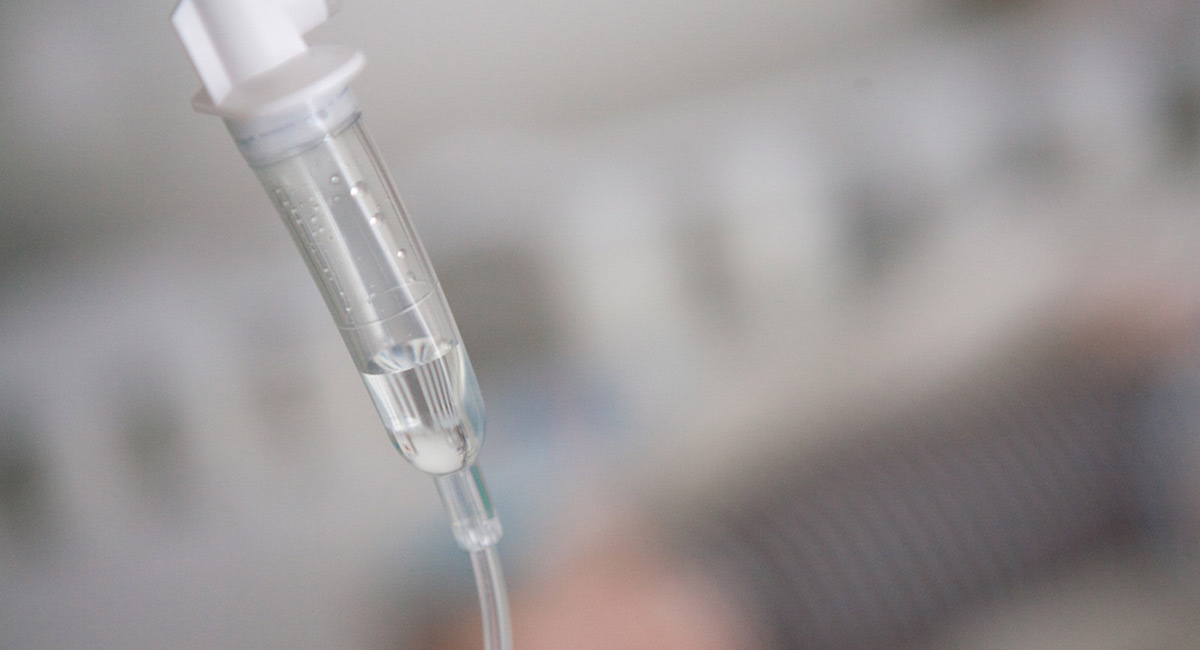 (Life Site News) Nutrition and hydration have been restored to a 32-year-old man in a coma in an Arizona Catholic hospital after his mom posted heartbreaking videos on social media last week saying that doctors were slowly starving her son to death.

David Ruiz, a father of three, suffered a stroke and subsequent brain injury that left him in a coma on December 31.  Doctors declared David brain dead about two weeks ago, despite him twitching, raising his toes, and moving his fingers when his mother and other family members talked to him.

His mother, Patricia “Tricia” Adames, 51, made an emotional appeal on Facebook last week to anyone who could help save her son.

“As you can see, his body is emaciating. His body is literally deteriorating, it’s disappearing before us because he is being denied nutrition. He is starving in a hospital,” she said in her Jan. 24 video while panning to her son lying in a hospital bed hooked up to tubes and monitors.

“I am coming to you…asking, ‘please help me get my son the treatment that he needs, nutrition and hydration.’ He’s being starved at this very moment.”

Adames said that she believes that if the heart is beating, “there is life.”

“He’s starving in our country. How can that be okay? How is that humanity? No one in this country should ever be denied food and water,” she said.

Adames told LifeSiteNews that David had not being receiving nutrition since January 9 and that her son was receiving a fraction of the hydration he needed for survival.

Life Legal Defense Foundation heard of the case and organized a news conference yesterday at St. Joseph’s Hospital in Tucson where David is being hospitalized.

“Nutrition and hydration are basic human rights. It is outrageous that a hospital would deny these most basic provisions to a disabled patient. Ms. Adames is not looking for the hospital to keep her son indefinitely. She is only asking that they give David the nutrition and hydration he needs in order to be transferred to a facility that can provide appropriate care,” stated Life Legal Defense Foundation’s Alexandra Snyder, Esq.

Glenn Beck on his radio show today criticized the hospital for ignoring the mother’s pleas for her son.

“This is wrong to do to people. And we must not go down this road,” said Beck on his show.

It appears that the hospital caved today to outside pressure and restored David’s food and water.

“I am so happy. I am so grateful to God. Hallelujah for this miracle,” said Adames to LifeSiteNews after news came that her son would receive food and water.

“I choose to believe, and I am very very grateful. The hospital didn’t have to keep him on.”

“So, I have to say I am so grateful to everyone who has helped and prayed. Glory to God. It’s a long road, but through prayer and learning and understanding we can do it. Hopefully, they’re going to keep their end of the agreement and continue helping me get David to a place of long-term care and get him stable so he can recover,” she said.

Right to life activist Bobby Schindler also confirmed to LifeSiteNews that hydration and nourishment were being restored to David by the hospital.

In a phone call, Bobby Schindler of the Terri Schiavo Life & Hope Network told LifeSiteNews that it’s critical for the hospital to treat David.

“Right now, even if we were able to find a facility that would accept him he has been without nourishment and little to no hydration for almost three weeks now. He’s medically fragile and I don’t know if we’re able to transfer him,” he said.

Schindler told LifeSiteNews that he cannot understand why “there was such a rush to stop treatment,” adding that the family is now fighting for time to “see if we can get this kid treated and to have the opportunity to improve.”

Adames is seeking to raise funds necessary for air transport to hospitals in other parts of the country that can accept David as a patient. She calculated that the transportation would cost at least $25,000. A GoFundMe page has been established to receive donations.

St. Joseph’s Hospital is part of the Carondelet Health system and traces its origins to the Sisters of St. Joseph of Carondelet, who came to Tucson in the 1870s.

Regarding the provision of life support to patients, according to the National Catholic Bioethics Center, “The Catholic Church teaches that life is an intrinsic good. Even when a person is afflicted with illness, that value remains intact. In fact, the sick and the elderly deserve our special care.” It goes on to say, “The default position for the care of those who are suffering from diminished consciousness and have not begun the death process, as well as for those at the end of life, should be in favor of providing food and water even by artificial means. If the provision of food and water proves to be useless (if they are not being assimilated by the body) or if it causes serious complications (such as aspiration pneumonia or infections), it can be stopped.”

The bioethics center notes that “unfortunately” the removal of nutrition and hydration from incapacitated patients is “fairly common.” It says: “Whenever a recommendation is made to withhold food and water, one should ask, ‘What will be the cause of death?’ If the answer is dehydration or starvation, and assisted nutrition and hydration can be easily supplied and assimilated, then not supplying them is a form of euthanasia. Unconsciousness is not a fatal disease. No one dies from unconsciousness.”

According to the Catechism of the Catholic Church, “Whatever its motives and means, direct euthanasia consists in putting an end to the lives of handicapped, sick or dying persons. It is morally unacceptable. Thus an act or omission which, of itself or by intention, causes death in order to eliminate suffering constitutes a murder gravely contrary to the dignity of the human person and to the respect due to the living God, his Creator.”

Editor’s Note: This article was published at Life Site News on January 28, 2019, and is reprinted here with permission.