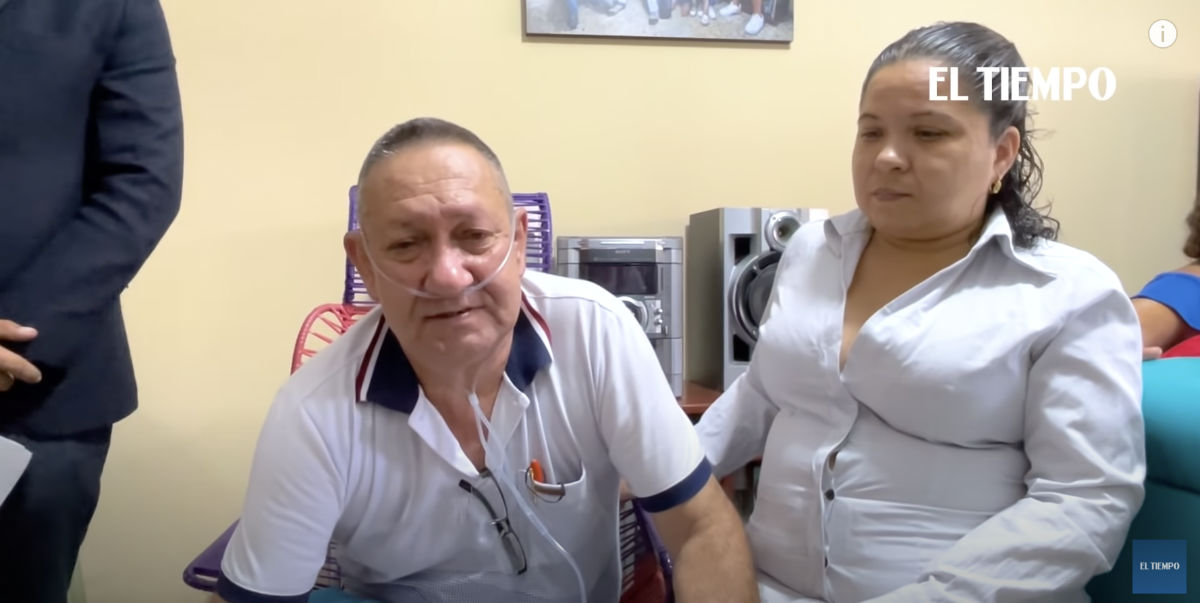 A Colombian man has legally taken his own life under the country’s relaxed euthanasia laws, even though he did not have a terminal illness. News sources confirm that 60-year-old Victor Escobar died Friday evening. He made his death public, with the cameras rolling, because he wanted to make it easier for others to also kill themselves. According to Reuters, Escobar suffered from end-stage chronic obstructive pulmonary disease, a lung condition that did impact his quality of life, but which was not terminal.

Escobar fought for two years for the right to die, battling doctors, clinics, and the courts who believed that there were other ways to alleviate his suffering. While the country’s Constitutional Court said in July 2021 that euthanasia should not be just for the terminally ill, Escobar petitioned the court in October for the right to die and was refused because they said he was not ill enough. Escobar eventually won on appeal, and he chose January 7 to die.

“We reached the goal for patients like me, who aren’t terminal but degenerative, to win this battle, a battle that opens the doors for the other patients who come after me and who right now want a dignified death,” Escobar said in a video message sent to media.

Escobar’s death comes just months after a back-and-forth decision in the Colombian courts regarding another euthanasia case, that of Martha Sepúlveda. Sepúlveda, who had amyotrophic lateral sclerosis (ALS), or Lou Gehrig’s disease, had a planned euthanasia appointment scheduled, but it was rescinded in the days leading up to her death after the courts decided that she wasn’t suffering as much as she had led on. Like Escobar, she too won on appeal and just this past weekend, also followed through with her decision to end her life.

Despite the tragedy of this situation, many advocates are hailing Escobar’s death with words like “dignified” and “tranquil.” But studies have revealed that the majority of people who request euthanasia or assisted suicide do so most often because they are depressed. Other studies show that many times, assisted suicide and euthanasia can be painful, prolonged, and inhumane, more akin to drowning than to peacefully falling asleep.

Escobar’s death is a prime example of the slippery slope of euthanasia and assisted suicide. No matter what safeguards are in place initially, advocates for assisted death continue to push the envelope. Once assisted suicide and euthanasia are legal for people who don’t have a terminal illness, it’s not a far leap to allow it for someone who requests it for any reason at all.