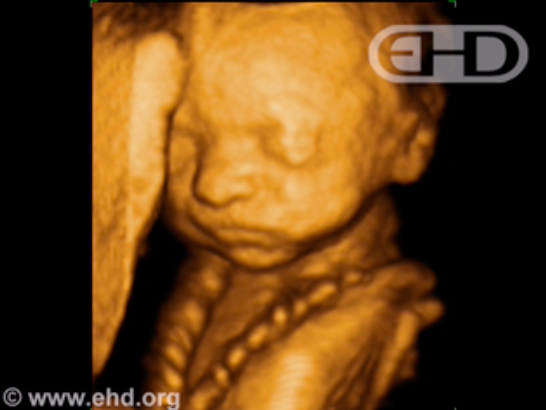 In a split decision on June 1, 2020, the Colorado Supreme Court ruled that assailants who injure preborn children cannot be prosecuted for child abuse even if the child survives and is born with serious injuries. The decision leaves preborn unprotected from abusers, yet it could also pave the way for preborn children to be defined as persons.

In a vote of 4-3, the majority ruled that the state child abuse law isn’t specific as to whether or not child abuse can occur before birth. The case centers around Andre Jones, 38, who was convicted of shooting his estranged pregnant wife in the stomach as she unlocked her door upon arriving home. She did not survive, but her preborn daughter did. Now age seven, the little girl was born with neurological damage that led to vision and hearing loss and left her unable to breathe or swallow on her own.

Jones was originally convicted of first-degree murder, unlawful termination of a pregnancy, and child abuse resulting in serious bodily injury. However, he appealed with the claim that his 6th Amendment right to a public trial had been violated and that the baby could not be a victim of child abuse if she was not yet born because she was not legally a person at the time.

The majority of the state Supreme Court justices agreed that his 6th Amendment right had been violated because his parents weren’t included in the courtroom when their grandchildren were testifying. Despite the fact that, according to The Denver Post, common law doctrine states child abuse prosecution is permissible when an injured preborn child is born alive, the justices also felt unable to determine whether or not lawmakers intended to include preborn children in the child abuse law. Jones will, therefore, receive a new trial but will not be retried on the charge of child abuse.

“We are particularly concerned that adopting the ‘born alive’ doctrine to define a criminal element would usurp the role of the legislature,” Justice William Hood wrote in the majority opinion. “Therefore, we decline the temptation to make law, no matter how sympathetic the alleged victim.”

In their dissent, Chief Justice Nathan Coats as well as Justices Brian Boatright and Carlos Seymour called the majority’s opinion a “policy decision,” saying, “In the simplest of terms, the majority does in two paragraphs what the legislature has declined to do for over ten years: it redefines the definition of ‘child’ in the child abuse statute.” Boatwright wrote that “Surely the legislature did not intend to disregard [Jones’ child] as a victim.”

Unfortunately, this decision will have ramifications for all preborn children injured at the hands of their mothers’ abusers and assailants, which in turn, affects the well-being of the mothers’ mental health. Abusive men will get away with causing purposeful harm to preborn children. Jones just did. Colorado has no fetal homicide law, so attackers who kill or harm preborn children are not held accountable for doing so. Jones’ daughter must live with the extreme effects of the deliberate attack but her assailant will not be held accountable only because she was in her mother’s womb at the time.

Still, the decision may mean that state lawmakers could be forced to clarify whether or not preborn children should be included in the Colorado child abuse laws.

“It’s kind of wild that they’re saying, ‘It’s not clear to us on the face of it that the word ‘person’ doesn’t really mean ‘person or fetus,’ said Aya Gruber, law professor at University of Colorado Boulder. “In other words, they’re saying it is completely plausible facial meaning of the word ‘person’ to include ‘fetus.’ That part of it all seems like a pretty big blow to the anti-personhood [movement] and maybe a symbolic victory for the personhood movement.”

The ruling in this case and the lack of a fetal homicide law in the state are a result of lawmakers seeking to protect abortionists. If preborn children are considered to be persons capable of being injured or killed at the hands of an assailant, this would call into question the ethics of abortion. If preborn children can be victims of child abuse, what would that mean for an abortionist who fails to kill a child in an abortion, and then that child is born alive with injuries? Would the abortionist then be guilty of child abuse? What about the child’s mother?

Make no mistake—every time a preborn child is abandoned by the law, it is to protect the abortion industry from being exposed as the killing machine it is.