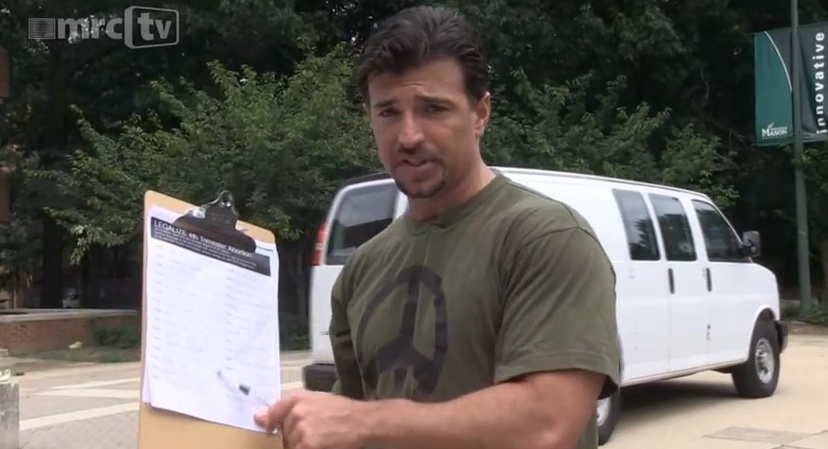 Before I enrolled at Ohio University in 2004—at the height of the Bush-Kerry battle for the White House—I’d been warned that the campus was “pretty liberal.”

That turned out to be the understatement of the century. It was common for professors, who were supposed to be teaching journalism or history, to begin class with a tirade about Bush. About five minutes in, some brown-noser’s hand would shoot into the air—not to offer an insightful comment or criticism, but to parrot everything the professor had just said. These people weren’t just liberals. They were cookie-cutter liberals, who all shared the same appropriately left-wing opinions on every issue.

I eventually vented my annoyance by becoming a conservative columnist for the campus newspaper. I accepted—no, relished—my Emmanuel Goldstein status on campus. Even if half my classmates hated me, at least I had a brain of my own. I inspired about a dozen letters to the editor each week. They all sounded exactly the same, filled with liberal buzzwords and cliches.

Really, is there a more dedicated conformist on Earth than the college liberal?

What else could explain why they signed a petition to legalize “fourth trimester abortions”?

Yes, you read that right. Dan Joseph from the conservative Media Research Center went to the George Mason University campus and got a bunch of liberal lemmings to sign the petition. As most adults know, a pregnancy has three trimesters. Therefore, a “fourth-trimester abortion” would be performed after the baby was born.

But the students didn’t even pause to think about it. All Joseph had to do was throw out a few liberal buzzwords and catchphrases—“right to choose,” “a woman’s right to control her own body”—and they knew this was something they must agree with. Rather than ask any questions, the students nodded complacently and said “okay, cool!” (If the petitioner had uttered any conservative buzzwords, like “right to life,” the students would have hissed and sneered on cue.)

This is the state of affairs on most college campuses. Professors and classmates don’t teach critical thinking, but a set of beliefs students must adopt in order to fit in. And fitting in is very, very important to liberals. When conservative author Peter Schweitzer studied the personality traits of liberals versus conservatives for his book Makers and Takers, he found that nearly half of liberals say they value “being popular,” compared to only 26 percent of conservatives.

To find the anti-establishment rebels on campus, you’ll have to visit a pro-life group. They’re the ones agitating to actually change the status quo. Back in May, I wrote about pro-life efforts to improve conditions on campus for pregnant students.

“We know that young women, especially students, who become pregnant, are directly targeted by Planned Parenthood and the abortion industry,” Kristan Hawkins, president of Students for Life, told me of the group’s “Pregnant on Campus” initiative. “Often, there is nowhere for her to live on campus after she is ‘outed’ as being pregnant and there is no housing available for her on campus after the baby is born; no daycare options, no changing tables in the bathrooms, or lactation rooms. But we also know that some of these burdens can be relieved when a small group of students starts asking questions on campus.”

Yes, “asking questions.” That’s something college liberals are not so good at, especially when the topic is abortion.