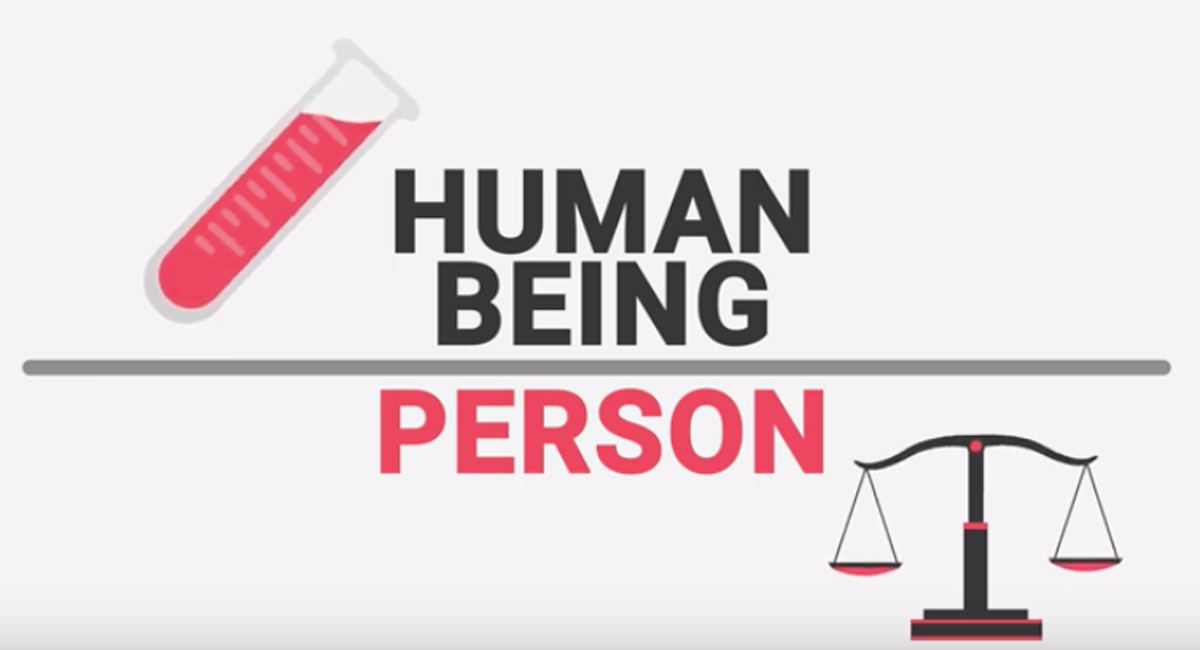 The latest video in Live Action’s “Pro-Life Replies” series has been released, answering the question: is a fetus a person? Abortion advocates will sometimes acknowledge the scientific reality that a preborn child is alive, yet still not a person. Previous videos answered the “My Body, My Choice,” “No One Knows When Life Begins,” and “Personally Pro-Life” arguments. The latest video, “Is A Fetus A Person?” is narrated by Dr. Christopher Kaczor, a philosopher who served as a William E. Simon Visiting Fellow at Princeton University, and is currently a professor of philosophy at Loyola Marymount University.

“Some say that abortion is permissible because a preborn child, or fetus, is not a ‘person.’ So let’s ask the question, ‘What is a person?'” Kaczor begins. “In everyday conversation we use the terms ‘person’ and ‘human being’ to mean the same thing. I’m a person. You’re a person. Your parents are persons. Children, yours or somebody else’s, are persons. Your dog? Your dog might have a lot of personality, but not a person. Your car or computer? Definitely not persons. But the terms ‘human being’ and ‘person’ do belong in different categories. ‘Human being’ is mainly a biological term, whereas ‘person’ is mainly a moral term, referring to an individual’s value or rights.”

While many abortion activists argue that abortion should remain legal through all nine months of pregnancy, no questions asked, most Americans disagree. Polling from Marist and Gallup has found that people overwhelmingly support banning abortion after the first trimester, as well as supporting heavy restrictions like waiting periods and informed consent laws. Pro-lifers agree with these restrictions, but also want to encourage people to understand that abortion is always wrong- – at any age or stage.

“Now, it is simply a scientific fact that preborn children are human beings. Every prenatal human being is an individual member of the species homo sapiens,” he continued. “From the moment when the sperm fertilizes the egg, the preborn child has his or her own unique genetic identity. The question then arises, do all human being deserve basic human rights? Are all human beings persons? Or do only some human beings (those similar to us) have value and worth?” 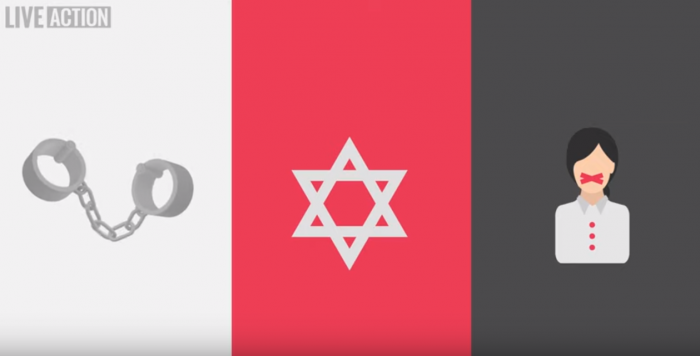 “Every time in human history that we have said that a certain group of human beings are not ‘persons,’ it has resulted in horrible tragedy,” Kaczor says. “Think of the slavery of Africans, or the holocaust of Jewish people, or the oppression of women. All of these human rights abuses came from denying a group of human beings their personhood.”

There is no mistaking the fact that preborn children are dehumanized today, in an effort to justify the violence committed against them every single day, all over the world. 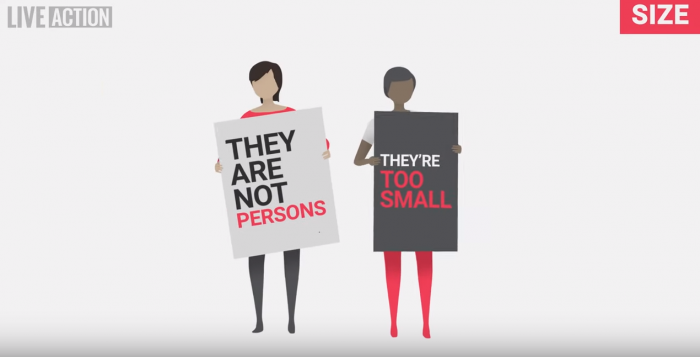 When comparing people and prenatal human beings, Kaczor recommends using the acronym SLED: size, level of development, environment, and dependency when talking about the difference.

“First, size. Some abortion advocates will say that prenatal human beings are not persons because they
are so small, about the size of a dot on a page, and less than a couple inches in the first trimester,” he explains. “But size is irrelevant for an individual’s value. Each one of us is tiny in comparsion to a huge boulder, but we are much more valuable. Is a newborn baby less valuable than an huge football player? If you were zapped with a shrinking ray that made you two inches tall, would you no longer be a person?”

He also points out that development does not devalue a person’s inherent humanity. “Some say that persons must have developed a certain level of rationality, or capability of thought. ‘Fetuses are not persons because they lack rationality, and so it is OK to abort them’,” he says. “If this was true, we would have to deny personhood to infants, since they can’t mentally outperform animals like dogs or cats. Many full grown adults have severe mental handicaps, but we do not hold that their lack of rationality is grounds for mistreating them.”

READ: In the eye of the beholder – society’s unbelievable double-standard on personhood and life

Kaczor continues, “Others might say that persons must have developed the ability to suffer. ‘If fetuses are not able to suffer, then it is OK to abort them.’ Well, is it OK for an adult to be killed painlessly while they sleep? No, that would still be murder. Moreover, rats have the ability to suffer, but no one thinks that rats are persons with equal rights to us.”

He also debunks the idea that someone’s environment has any bearing on their humanity.

Finally, Kaczor points out that being dependent on another human being does not justify their murder. “Some say personhood happens at viability, when the fetus can live independently from the mother’s body,” he said. “But a newborn infant is also completely dependent on adults to survive. Moreover, ever changing technology causes the line of viability to move closer and closer to conception. So dependency is arbitrary as well.” 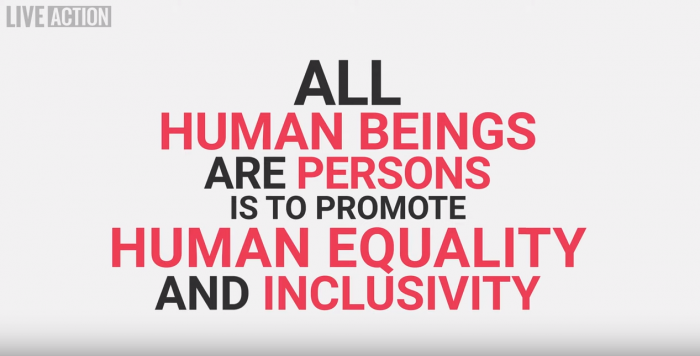 Kaczor concludes by arguing that giving preborn children personhood does more than just end abortion. “To say all human beings are persons is to promote human equality and inclusivity, and to ensure that no human being, born or unborn, is ever deprived of their intrinsic dignity and basic human rights.”

‘Personally pro-life’? This new video may cause you to rethink that.