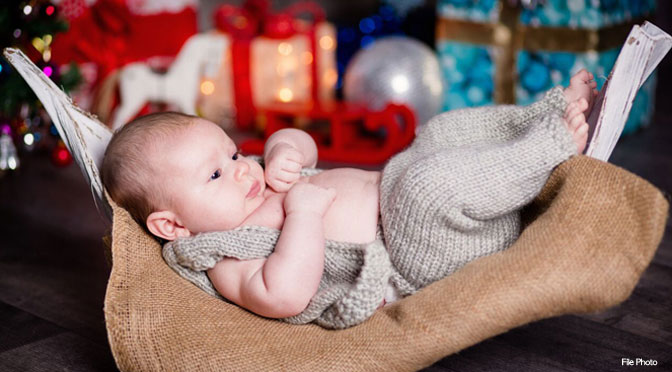 (Pregnancy Help News) — Though the abortion lobby loudly derides the Abortion Pill Reversal as “unproven” at best and “junk science” at worst, don’t count on a Massachusetts woman named Samantha to join in with the chorus of science-deniers who oppose the life-saving medical intervention.

To Samantha, the only important thing about the breakthrough treatment—which is really a new use of a decades-old, FDA-approved prescription dating back to the 1950s—is that it saved her daughter’s life earlier this year.

One of 300 mothers and counting to have saved the life of her unborn children in the past five years, Samantha is on the cusp of welcoming her daughter into the world this December.

When she does, she won’t be alone — at least not if the women at Abundant Hope Pregnancy Resource Center can help it.

It was at Abundant Hope, which is just down the street from an abortion business in Attleboro, Mass., that Samantha found out about Abortion Pill Reversal during a visit to the center. Ironically, Abundant Hope has come under fire in recent weeks from the pro-abortion Campaign for Accountability, which lodged a formal complaint with the state, accusing Abundant Hope of tricking women into rejecting abortion.

The complaint was filed less than a week after a church working with Abundant Hope held a baby shower in Samantha—and her unborn daughter’s—honor.

“They gave me strength to not go through with that that abortion—that horrifying thing that would have affected the rest of my life,” Samantha said. “It was just an ongoing struggle with what to do in my heart and my head. Abundant Hope has changed my life by being a good support system. When I don’t have anyone else to turn to, I give them a call—even if I just need to talk to them.”

Following her initial visit at Abundant Hope, Samantha tried to abort her baby three separate times. On her third attempt, Samantha took the first of two pills in the chemical abortion regimen. She immediately regretted her decision, however, and reached out to the Abortion Pill Reversal hotline (877-558-0333) for help.

Within hours, Samantha was receiving an emergency dose of progesterone. One of 350 physicians who make up the national Abortion Pill Reversal network, the doctor then worked with Samantha to prescribe an ongoing progesterone treatment plan to get her pregnancy back on track.

“It hasn’t been easy for her,” Samantha Thorpe, client services coordinator at Abundant Hope, said. “She calls me regularly, and we talk about all of the progress she’s making in her life, as well as the steps she’s taking to make a good life for her children. We’re just being that support system for her in her pregnancy. We’re very excited to meet this little girl in December.”

Already a mother of three boys, when Samantha found out she was expecting a fourth child in early 2017, she booked an appointment at a western Massachusetts abortion clinic. Getting to the appointment proved to be a challenge, though, and when Samantha couldn’t find childcare for her boys, she canceled.

Then, Samantha tried a second time to abort her baby girl, this time keeping her appointment at a Boston abortion business. However, as she sat in the waiting room, waiting for the staff to call her name, Samantha was shocked when the nurse came in and called for another woman: Giselle.

That was the name Samantha had picked out for her daughter, who she was just minutes away from aborting.

“It was at that point, I felt like that was a sign of some sort, and I ended up just freaking out and leaving the appointment,” Samantha said.

Although Samantha left the abortion clinic right away, the pressure she was under as a single mother facing an unexpected pregnancy lingered. Soon, Samantha set a third appointment, this time following through by taking a dose of mifepristone—which is meant to end the life of an unborn child.

That’s when she reached out to the Abortion Pill Reversal hotline, which Abundant Hope had told her about at her visit two weeks prior.

“I ended up taking the first pill, and immediately after, I realized I’d done the wrong thing,” Samantha said. “I contacted the Abortion Pill Reversal hotline and they got me in touch with a doctor to start the reversal procedure with the progesterone. I started taking that, and now my baby is healthy and everything is perfectly fine.

“I’m having a girl, and I’m naming her Giselle.” 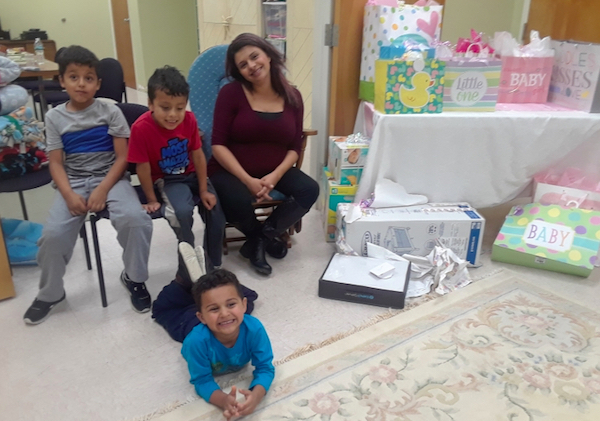 Samantha and her three sons, at her baby shower.

While at least 300 women have successfully saved their babies via Abortion Pill Reversal in the past five years, abortion industry leaders—as well as their allies in the mainstream media and political sphere—have opposed the intervention at every conceivable turn.

The resistance began shortly after a pro-life physician named Dr. George Delgado founded the Abortion Pill Reversal network and hotline in 2012. That year, he also co-published an article in Annals of Pharmacotherapy studying seven women who’d regretted their abortion decision and turned to an emergency progesterone injection to try and save their child’s life.

First successfully performed in 2007 by Dr. Matthew Harrison—an OB-GYN in North Carolina—the procedure was featured in The New York Times this summer, and ran with a quotation from Yale School of Medicine’s Dr. Harvey Kliman not only agreeing Abortion Pill Reversal, “makes biological sense,” but saying that he would recommend the treatment for his own daughter.

Nonetheless, hostility toward Abortion Pill Reversal has continued unabated since Dr. Delgado’s original article went public. In the past three years, Abortion proponents, including the American Congress of Obstetricians and Gynecologists (ACOG), have fought state-level efforts that would require abortion businesses to make women aware of the life-saving procedure.

Most recently, Heartbeat International—an affiliation group to which Abundant Hope belongs—saw its status as a continuing education provider through the state of California threatened because it trains nurses and other medical professionals on the latest Abortion Pill Reversal information and developments.

To Abundant Hope’s medical director—whose name is withheld as part of her membership in the Abortion Pill Reversal network—the ongoing hostility toward Abortion Pill Reversal flies not only in the face of medicine and science, it’s also an effort to strip a woman like Samantha of her ability to choose life for her precious child.

“As a pro-life physician, I find it very encouraging that something can be tried even after a woman has taken a pill to terminate her pregnancy and the life of her baby,” she said. “God Bless Dr. Delgado and the APR nurses and physicians who are willing to give a baby and a mother—and a father—a second chance at life.”