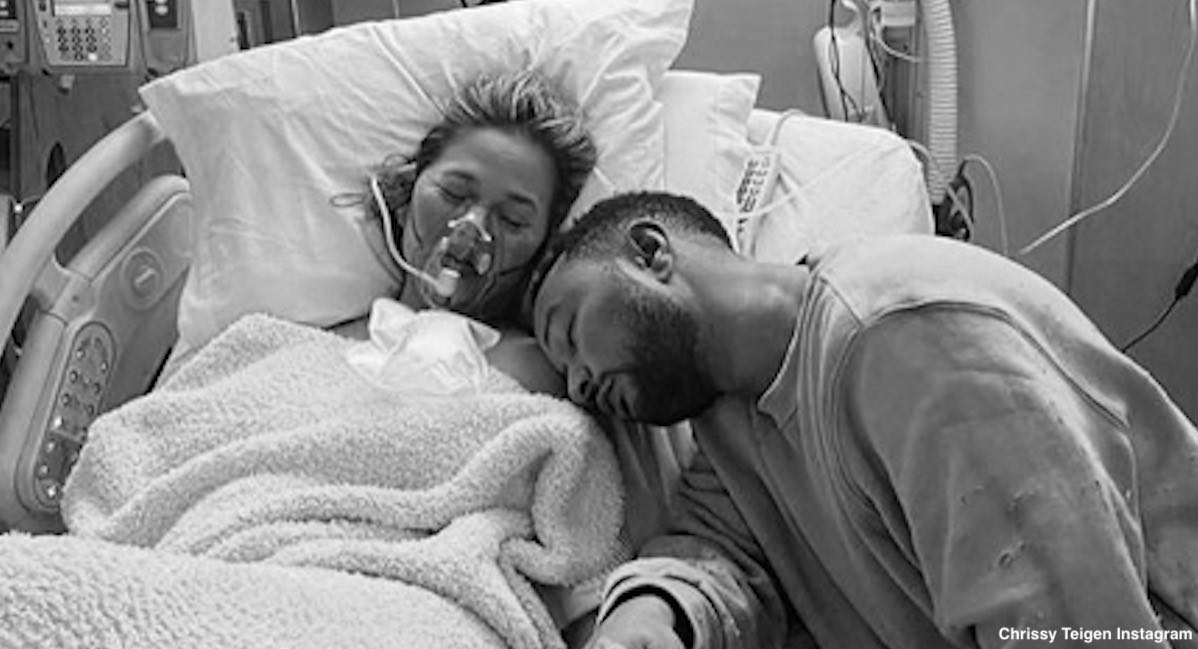 In October 2020, model Chrissy Teigen announced that she and her husband, singer John Legend, lost their son late in pregnancy. They shared the news on Instagram with a series of heartbreaking photos, writing, “We are shocked and in the kind of deep pain you only hear about, the kind of pain we’ve never felt before. We were never able to stop the bleeding and give our baby the fluids he needed, despite bags and bags of blood transfusions. It just wasn’t enough.” This week, she shared on Twitter that her son, whom they named Jack, would have recently been born had he survived.

After Jack’s death, Teigen said she would never be able to get pregnant again due to pregnancy complications, and later disclosed that she had been diagnosed with endometriosis, and would be undergoing surgery. In a series of tweets, Teigen spoke of how she still is hurting over the loss of her son, and that she can still feel “kicks” in her stomach. “My little Jack would have been born this week so I’m a bit off,” she tweeted. “I truly feel kicks in my belly, but it’s not phantom. I have surgery for endometriosis tomorrow… but the period feeling this month is exactly like baby kicks. Sigh.”

READ: In remembrance: I am one of the women silently grieving the loss of a baby

She also shared a video of her stomach moving, a symptom of her endometriosis, writing, “I’ll pretend it’s him saying hi – it never stops.”

look at this 😩 I’ll pretend it’s him saying hi – it never stops. pic.twitter.com/5FKSE3g8cG

In December, Teigen showed a picture of herself still sporting a baby bump, writing on Instagram how painful it was every time she looked in the mirror. “Even though I’m no longer pregnant, every glance in the mirror reminds me of what could have been,” she wrote. “And I have no idea why i [sic] still have this bump, honestly. It’s frustrating. But I’m proud of where this entire journey took my body and mind in other ways. I love being pregnant, so so much, and I’m sad I never will be again.”

Teigen’s willingness to be so open and transparent about her pregnancy loss has been helpful to many other women, who said they have often had to suffer in silence, even though it’s something many parents experience. Others fired back in her defense when people accused her of sharing too much information. “We share because they lived and it’s the only way to remember,” one mother said. “We say their names. We love them and carry them in our hearts.”