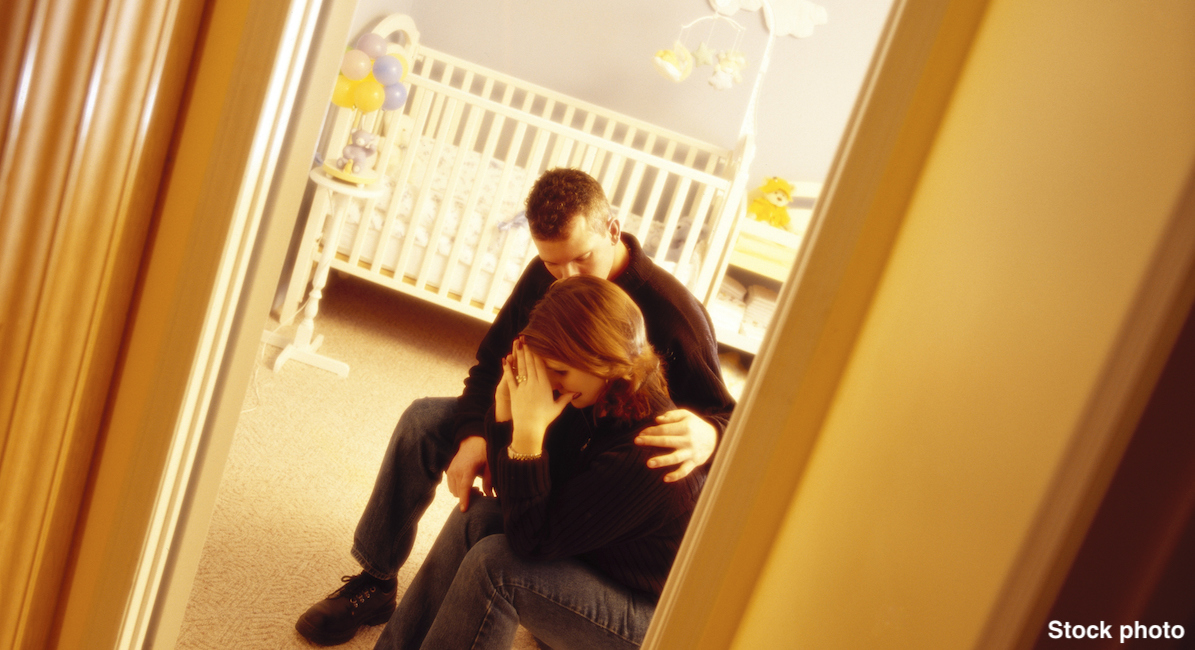 Editor’s Note: This post was originally sent as a Live Action email on October 15, 2020, for Pregnancy and Infant Loss Awareness Day.

The spotting started while we were out of town celebrating my brother’s wedding.

I frantically googled every day, playing doctor while the whisper of fear started to form a knot in my stomach.

Four days later, I stared up at the still image of my baby, the ultrasound tech confirming what I had not wanted to be true. In fact, we had lost the child two weeks before and my body was just now letting me know.

The tears broke free and I curled myself into a ball, trying to hold myself together despite the sobs and gaping grief that threatened to split me wide.

There is a club of mothers that we all hope to never join and of which far too many are silent members. We are the women who have lost a child we’ve never even met. A child for whom we have no memories, no pictures of happy smiles or stories of budding personalities. Just the grief of what might have been.

October is Pregnancy & Infant Loss Awareness Month. Today in particular we remember those children who have been lost to miscarriage and stillbirth. We give voice to those women who are grieving the loss of their babies and are too often silenced by a culture determined to devalue life.

The abortion industry’s relentless effort to deny the humanity of the preborn child, to make pregnancy appear to be a so-called “choice” on par with a root canal, rather than a profound gift of new life, pushes thousands of women like me to the shadows, denying us the opportunity to grieve publicly and honestly. This mindset of the abortion industry also shames the very women they claim to help, the woman who chose abortion and yet finds herself struggling with a sense of loss and guilt.

If it is simply a clump of cells that could have potentially become a child, then why are we grieving? Why is the felt loss visceral, painful, and long-lasting? But if this is indeed a child, as scientific evidence and photos shared by brave mothers make clear, then why is it ever acceptable to dismember, poison, or starve these tiny babies?

To deny the science of the preborn is to silence all of us who have lost a child, either unexpectedly, or by our choice. When women like Chrissy Tiegen publicly share the heartbreak of miscarriage, it exposes what the abortion industry has tried to cover in euphamisms like “rights” and “choice”: Every pregnancy loss is really the loss of a son or daughter.

For all of you grieving the loss of your children, I grieve with you. Let us no longer grieve silently, but instead raise our voices together in witness to the humanity of the life we carried and the humanity of every child taken before they draw their first breath.