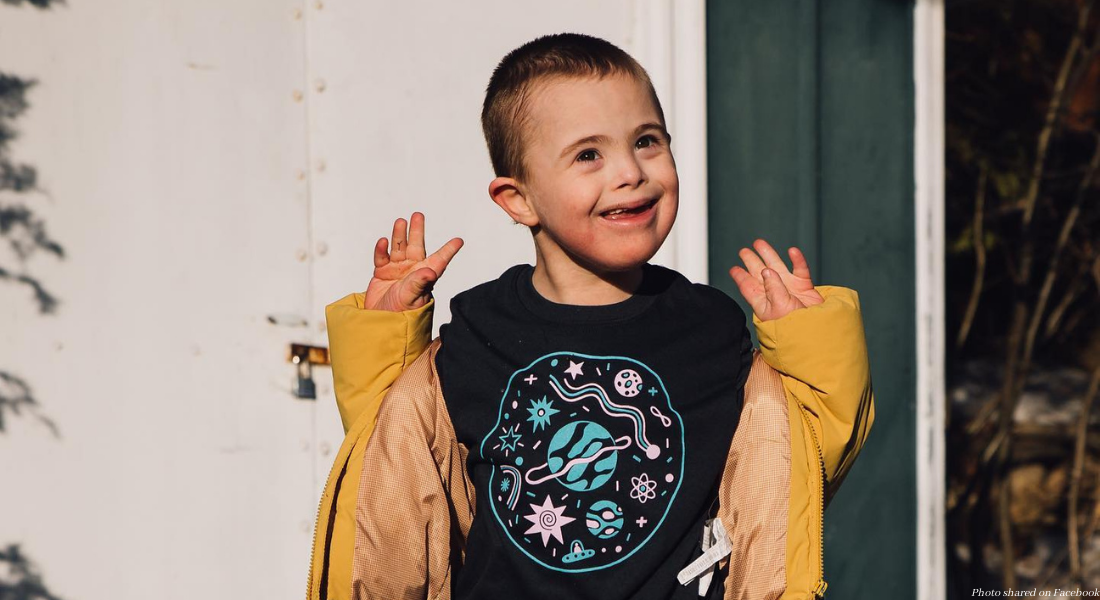 The widespread stigma of Down syndrome in the country of Kyrgyzstan means that children born with Down syndrome are typically hidden away, abandoned, or institutionalized. But one charity is hoping to change that, bringing in a professional to show the faces of these children and banish the stigma against them.

Canadian photographer Vanessa Tignanelli was selected during a worldwide competition among 50,000 photographers when Sunterra reached out to Photographers Without Borders with the project idea. “They want someone who knows how to capture those intimate moments – bring people in and allow them to walk in their shoes,” Tignanelli said, according to the North Bay Nugget.

Sunterra is a Kyrgyzstan-based non-profit founded by parents of children with Down syndrome who want to change the way people with the chromosomal condition are viewed in society. The organization wants “to become a resource center providing information, consulting and training support to a network of state and public organizations working with people with Down syndrome,” according to its website.

READ: Children with Down syndrome light up the pages of Australian portrait book

Kyrgyzstan lacks the basic resources and opportunities for children with Down syndrome that many countries have developed. According to a 2019 article published in the World Federation of Occupational Therapists Bulletin, “People with Down Syndrome (DS) in Kyrgyzstan face social exclusion and occupational deprivation. Due to the widespread stigma of Down syndrome, cultural attitudes of mother-blaming, and a Soviet precedent of institutionalization, many children with Down syndrome remain hidden at home, or are simply abandoned on the advice of doctors.

But Tignanelli’s work could be the first step to changing hearts and minds. As described on her website, Tignanelli’s photography “celebrates resiliency and individuality, looks for hope in hardship, takes us to people living on the fringes of society, and calls for us to be comfortable there.”

In fact, she’s no stranger to shedding light on forgotten corners of less-developed parts of the world. In 2017, Tignanelli traveled to The Gambia in western Africa to document the glaucoma crisis, and the work being undertaken by Ageing With A Smile Initiative. Her photographs boosted awareness, and even led to acceptance of the charity’s mission in the country. “They reached NGO status, too, they became an official charity because they were able to show the photographs,” she said, according to Bay Today.

After an initial delay due to the COVID-19 pandemic, Tignanelli’s trip to document the plight of children with Down syndrome in Kyrgyzstan will take place over 10 days in November 2021. She will stay with a local family with two children with Down syndrome “while documenting the conditions both inside institutions and in the general public for people living with DS,” according to Bay Today.

To fund her photojournalism in Kyrgyzstan, Tignanelli is selling T-shirts designed and printed locally in and around Ontario.