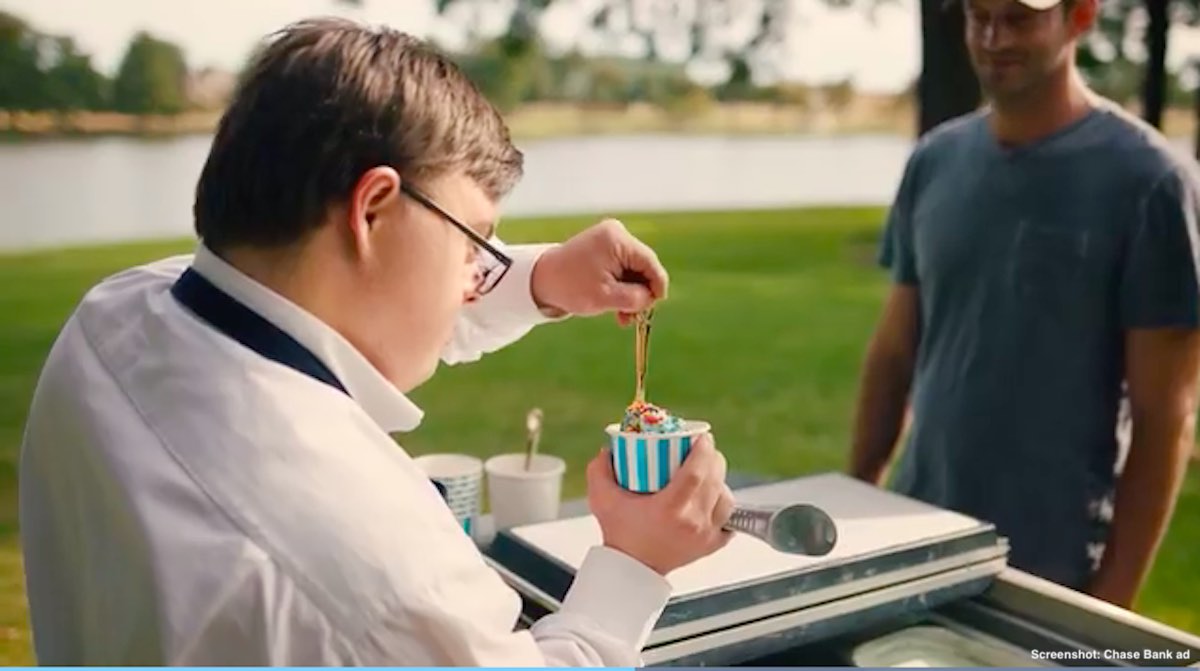 In November, Coleman Jones, the vice president of the Dallas-based company Howdy Homemade, was featured in a series of Chase Bank advertisements geared towards small businesses. This is monumental because Coleman Jones has Down syndrome.

Tom Landis, a seasoned restaurant owner, reportedly got tired of the profit driven restaurant industry that has lost sight of the people it employs and serves. Landis opened Howdy Homemade in December 2015 with the mission to only hire employees who have special needs. There is now also a shop in Salt Lake City, Utah, and Landis hopes to keep expanding the franchise. Howdy Handmade is a faith-based business. The first of “The Howdy Pillars” is God.

According to the Dallas News, Chase Bank chose to highlight Howdy Handmade in their campaign because Landis borrowed money from them to open his ice cream shop. He had a unique vision and wasn’t sure if he would receive support for it. Chase believed in his idea. Recently, when the Dallas area managers were trying to come up with a local business to use for the November ads, picking Howdy was a no-brainer.

As part of the campaign, Chase interviewed VP Coleman Jones, and in one of the videos they made featuring him, he said, “Howdy Homemade Ice Cream has taught me to have a voice. Our employees don’t like to be labeled and neither do I.”

Landis hopes to help others see those with disabilities as he sees them, rather than unemployable. “It really is his strength, having Down syndrome,” Landis said of Jones in his interview with Chase. Through his business, he teaches his employees valuable skills, how to manage finances, and helps them develop confidence. He hopes other companies will adopt his business model.

Through Howdy Homemade, Tom Landis is upholding the dignity of all people with special needs and showing the incredible potential that they have. This is just another example of how people with Down syndrome, autism, and other disabilities thrive when given a chance at life.