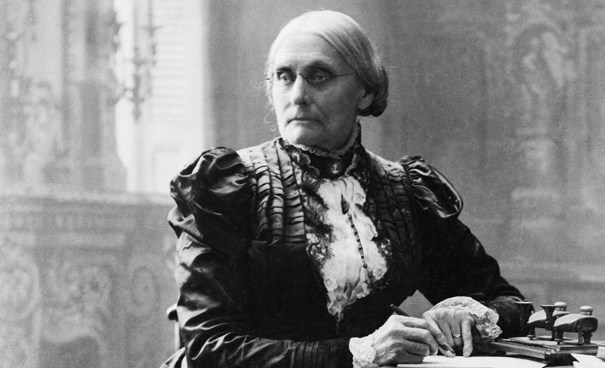 Many view Roe vs. Wade as the court decision that gave women in the United States more rights. In reality, it was verdict that stripped human beings of the basic right to life, and lead women into a future of unfathomable exploitation. If today you are against abortion, you are thought to be against feminism and against women. But America’s first feminists were strong women standing up for equal rights, even for the unborn.

Many view Roe vs. Wade as the court decision that gave women in the United States more rights. In reality, it was verdict that stripped human beings of the basic right to life, and lead women into a future of unfathomable exploitation. If today you are against abortion, you are thought to be against feminism and against women. But America’s first feminists were strong women standing up for equal rights, even for the unborn. March is Women’s History Month, which provides us with the perfect opportunity to teach our daughters about these women who have fought not only for the rights of women, but for the rights of the unborn as well.

Susan B. Anthony (1820-1906) campaigned across the country for the anti-slavery movement, and the rights of women to vote, to work and to own property. Throughout her life, she worked as an agent for the American Anti-Slavery Society, as the president of the Workingwomen’s Central Association, and as the president of the National Woman’s Suffrage Association (NWSA). She founded the voice of the NWSA, called The Revolution. Anthony was anti-abortion.

“All the articles on this subject (abortion) that I have read have been from men. They denounce women as alone guilty, and never include man in any plans for the remedy. . . Guilty? Yes. No matter what the motive, love of ease, or a desire to save from suffering the unborn innocent, the woman is awfully guilty who commits the deed (abortion). It will burden her conscience in life, it will burden her soul in death; But oh, thrice guilty is he who drove her to the desperation which impelled her to the crime!”

Elizabeth Cady Stanton (1815-1902) co-founded The Revolution and the NWSA with Anthony and worked alongside her in the fight for rights for slaves and women. She helped initiate the women’s rights movement with the first Woman’s Rights Convention in 1848 and was president of the NWSA for 20 years.  Stanton was a writer who penned many of the speeches Anthony delivered, as well as The Women’s Bible. When it came to abortion, Stanton was pro-life.

“When we consider that women have been treated as property it is degrading to women that we should treat our children as property to be disposed of as we see fit.”

Elizabeth Blackwell (1821-1910) was the first female doctor in the United States. In 1856 she opened the New York Infirmary for Women and Children which provided training and experience for women doctors as well as medical care for the poor. She was firmly against abortion.

“The gross perversion and destruction of motherhood by the abortionist filled me with indignation, and awakened active antagonism. That the honorable term ‘female physician’ should be exclusively applied to those women who carried on this shocking trade seemed to me a horror. It was an utter degradation of what might and should become a noble position for women.” – in response to an article about female doctor/abortionist Madame Restell

Mattie H. Brinkerhoff (1800s) was the first denominationally ordained woman reverend in the U.S. and she was anti-abortion. In 1869 she wrote a letter to The Revolution and her words have been quoted by Feminists for Life ever since.

“When a man steals to satisfy hunger, we may safely conclude that there is something wrong in society – so when a woman destroys the life of her unborn child, it is an evidence that either by education or circumstances she has been greatly wronged.”

Victoria Woodhull (1838-1927) fought for equal education for women, women’s right to vote, and women’s right to control their own health decisions. She was the first woman to run for president, which she did under the Equal Rights Party. She was against abortion.

“Men must no longer insult all womanhood by saying that freedom means the degradation of woman. Every woman knows if she were free, she would never bear an unwished-for child, nor think of murdering one before its birth.”

Alice Paul (1885-1977) was a member of the NWSA and she worked tirelessly for the Equal Rights Amendment. She formed the World Woman’s Party, which worked with the League of Nations for the inclusion of gender equality into the United Nations Charter as well as the establishment of the United Nations Commission on the Status of Women. In 1943, the Equal Rights Amendment was rewritten and dubbed the “Alice Paul Amendment.”

“Abortion is the ultimate exploitation of women.”