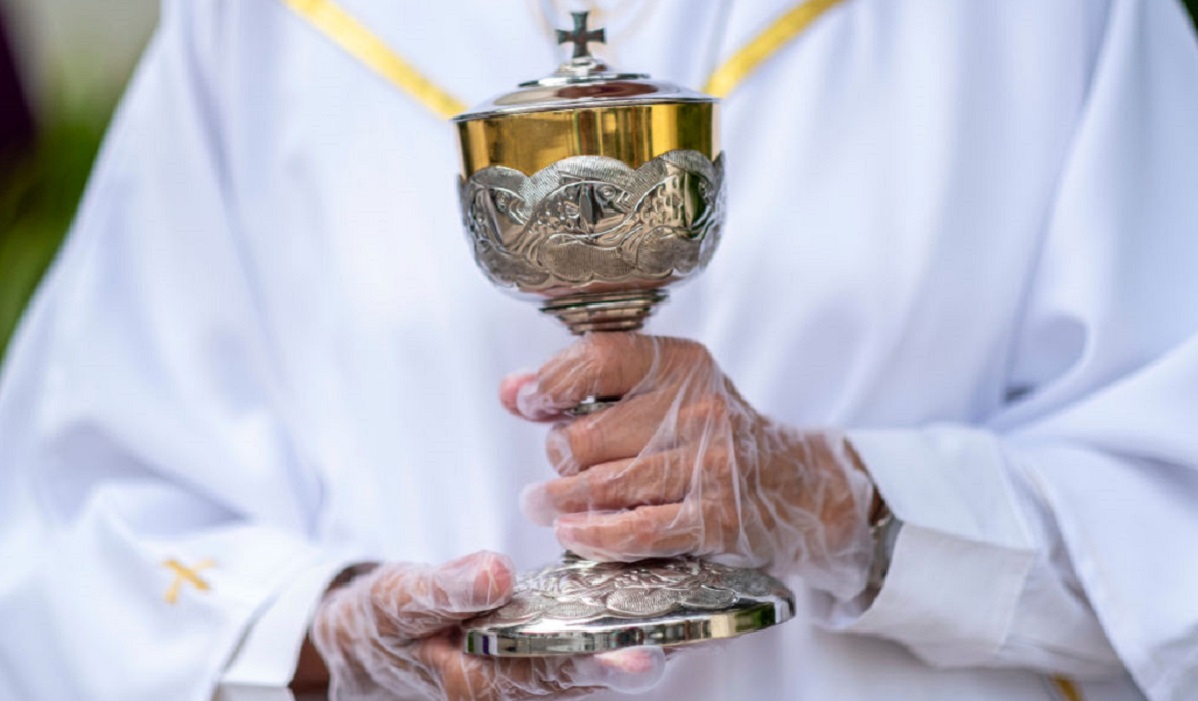 In a Sunday Letter to the Editor published at Cleveland.com, retired nurse Martin Langlois attempted to expose the “hypocrisy” of Catholic bishops for condemning President Biden’s rejection of the Church’s pro-life teachings. No such hypocrisy exists.

Last month, the Catholic Bishops of the United States voted to draft a statement regarding whether Biden and other pro-abortion politicians could be denied Holy Communion. The bishops’ proposal is hardly unusual, as the Catholic faith regards abortion as a mortal sin. And pro-abortion politicians like Biden are knowingly acting in defiance of Church doctrine by championing abortion-friendly policies.

Still, the bishops’ actions prompted Langlois to label them “righteous condemners,” on par with the “hypocrites” denounced by Christ and his apostles (Matthew 23:13-15), (Mark 7:6). But the arguments Langlois charges the Church with show a tragic misunderstanding of the pro-life position and those who hold such views.

Langlois argues that should the bishops deny Communion to Biden, they must also deny Communion to “the 55% of U.S. Catholics who tell pollsters abortion should be legal in most or all cases in defiance of their bishops’ abortion teachings.” He said these Catholics “must join our president in the trail to Gehenna.”

Gehenna is a historical location in the Bible where children were sacrificed to the Ammonite God Moloch; the 55% statistic that Langlois references comes from a Pew Research Center poll published last May. It appears he is challenging the bishops to refuse Communion to all pro-abortion Catholics to avoid being hypocritical.

But a single statistic does not necessarily reflect the depth of people’s perspectives, especially when it comes to a heavy issue like abortion. For example, 66% of Catholics who frequently attend Mass do not support legalized abortion, suggesting their adherence to the Church’s pro-life stance stems from education about their faith and regular practice of it. Yet Langlois points to the data from Pew almost as if it were a source of authority on the issue; he seems to think it proves most Catholics are pro-abortion. But this argument cuts both ways. If he were confronted with statistics that showed a majority of Catholics are pro-life, would Langlois shift his stance to reflect the views of the majority?

READ: Archbishop Cordileone hits back at Pelosi: If you’re pro-abortion, you’re not a ‘devout Catholic’

Even if the research Langlois cited truly reflected the views of a majority of Catholics, abortion would still be a mortal sin. Pointing to a supposedly large group of people who support abortion reveals nothing about whether abortion is an act of moral good or evil.

Science proves the preborn are distinct, living, and whole human beings, while philosophy confirms all human beings are entitled to equal protection from violence and the equal right to life. Location, size, level of development, and other arbitrary traits do not revoke the preborn human being’s membership within the human family. Human beings are entitled to rights based on what they are and not on the capacities they may or may not have. Both religious and secular points of view support the idea that abortion involves the direct killing of an innocent human without proper justification.

The Catholic Church’s pro-life views perfectly account for basic human equality in a way the pro-abortion position cannot, but regardless, Langlois assigned bad motives to the Church’s pro-life authority figures. But in reality, the Bishops would not have to refuse Communion to a majority of Catholics for them to remain consistently pro-life and free of hypocrisy. The difference between pro-abortion politicians and everyday abortion supporters in the pews is that politicians are actively working to promote and expand abortion and show no remorse in doing so. They are misleading fellow Catholics.

The bishops can see this. However, they can’t look out into a church congregation and pick out who is pro-abortion or know how individuals vote. They don’t know if a person has been to Confession and been absolved of the sin of abortion. But so-called Catholic politicians who boast about supporting and expanding abortion are loudly proclaiming their sin and are proud of it. Catholics who are aware of committing a mortal sin should not present themselves for Communion. The document from the bishops will hopefully educate all Catholics on the mortal sin of abortion and the sin of receiving Communion while in a state of mortal sin without having received the sacrament of Confession.

Langlois questioned whether pro-life bishops feel the same indignation toward racism, abuse in the Church, and other issues as they do about abortion. In addition, he appeared to mockingly inquire if these Christians also devoted their “hard-earned savings… to the health and high-quality rearing of every unaborted baby[.]”

The presence of other evils in the world does not offer justification for abortion, a practice that has resulted in the deaths of over 60 million preborn children in the U.S. since 1973. Arguments that fall along the line of, “If you were really pro-life, you would…” are typically intended to expose the supposed hypocrisy of the pro-life worldview, but there is nothing inconsistent about refusing to condone abortion while also rallying against other injustices.

However, there is something inconsistent in arguing that the pro-life Catholic Church must do more to care for those in need when the argument’s premise appears to imply that the preborn child’s neediness is a reason for abortion. It’s not. There is no justifiable reason to kill an innocent preborn child. The Catholic Church is arguably the world’s largest charitable organization, and abortion is one of the world’s greatest injustices. It makes sense that the Catholic Church would therefore stand against abortion. No injustice must be solved as a prerequisite to ending other injustices.

Nothing in the tenets of Christianity suggests that Christians should accept the dehumanization of vulnerable human beings through abortion. Rather, preborn human beings should all be accepted as members of the human family. Catholics must set an example for religious and non-religious people alike by ascribing to universal values of human dignity.