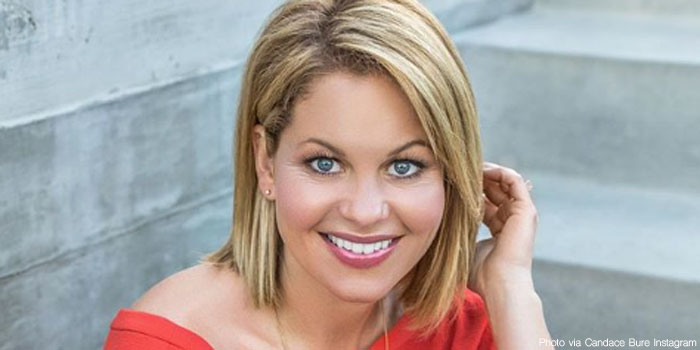 Actress Candace Cameron Bure is probably best known for her role on “Full House” as oldest daughter DJ Tanner (now reprising that role in Netflix’s “Fuller House”), but she’s also been a conservative Christian co-host on “The View,” a daytime talk show largely known for its liberal, pro-abortion slant. Bure no longer serves in this role, but while she did, she took a pro-life stand for the preborn.

In early 2016, the pro-abortion ladies of “The View” rejoiced that the Center for Medical Progress (which exposed Planned Parenthood’s involvement with harvesting and trafficking aborted fetal body parts) was indicted by a Texas Grand Jury — charges which were later dropped. Bure responded, “My view is it seems completely backward. I think these were people that were exposing something horrific that goes on, and to see them indicted is horrifying to me. And I say … woe to them who call evil good and good evil.”

“Evil” is one word that comes to mind when watching what an abortion procedure does to a preborn human being. In the video below, former abortionist Dr. Anthony Levatino describes a D&E abortion, which is typically committed between 13 and 24 weeks gestation. Preborn children at this age can almost certainly feel pain:

Bure added that while she knows women who have had abortions and that she feels compassion toward them, “I’m an advocate for the unheard voice. These are unborn voices. They cannot defend themselves, and I will always defend them.”

And when former Clinton Secretary of State Madeleine Albright said in 2016 that women who refused to vote for Hillary Clinton would have “a special place in hell,” Bure stood her ground again. “There’s so many women that are not pro-choice, that are pro-life,” Bure said in an interview on Fox. “To say that they’re not feminists, that they’re anti-women if they’re not supporting other women, that, to me, what’s wrong with feminism. That is a turn-off for me as a woman.” She added on “The View,” “I am all for women doing absolutely everything but don’t want to feel bullied into having to vote for a woman because I’m a woman and then tell me that I’m anti-feminist because I’m not voting for a woman. I think that’s wrong and you’re shaming me for that.”

Bure has been married for nearly 22 years to former Russian NHL player Valeri Bure, and they have three children together.