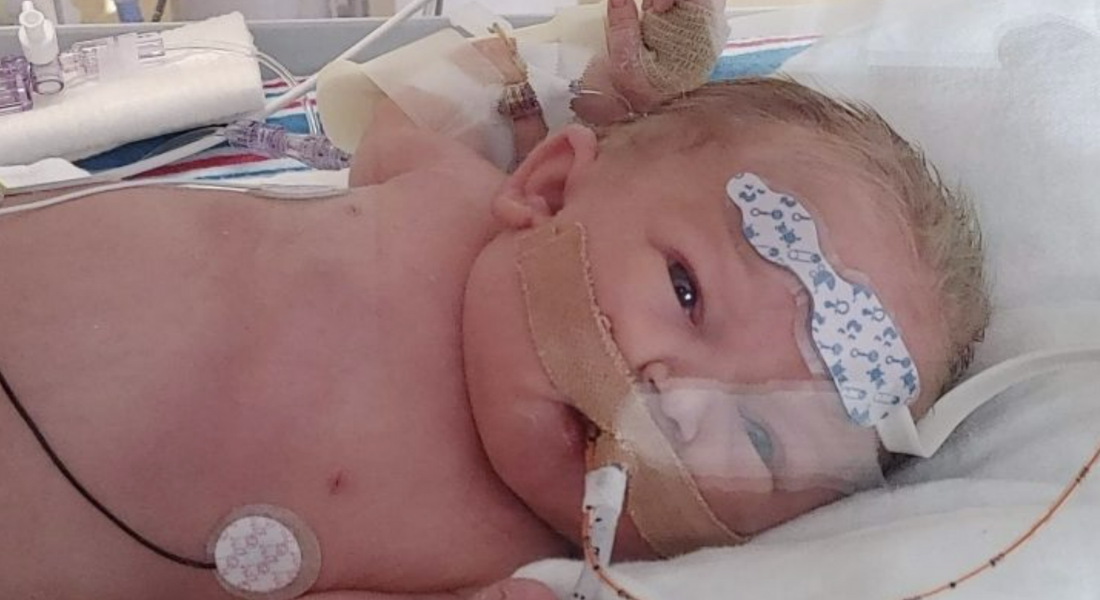 A woman in Spalding, Saskatchewan, went to the hospital in June with severe abdominal pain only to discover she was pregnant — and in labor.

Raelynn Qualie told CTV News that she had been experiencing a lot of pain in the days leading up to her decision to go to the hospital. “It was absolute shock,” she said of learning she was pregnant. Though she had given birth before, it had been a planned C-section. “So in other words,” she said, “I had no idea what labor pains felt like.”

Once at the hospital, doctors quickly realized she was pregnant, but had no idea how far along she was. “The doctor came in, she said, ‘Yeah, you’re pregnant,'” Qualie recalled. “So they’re like, ‘Well, you’re at least 12 weeks pregnant, otherwise we wouldn’t be able to hear the heartbeat.'”

Qualie had to be rushed to a larger children’s hospital, as her blood pressure was too high. Upon arrival, an ultrasound revealed she was actually 34 weeks pregnant and the baby’s heartbeat was not strong.

Just 30 minutes after arriving, she gave birth via C-section to a daughter named Aliza. They were thrilled.

“I had tears in my eyes. I was so joyed. The minute I was able to hold her and cuddle with her, I just knew she would be okay,” she said. But doctors soon realized she had numerous physical challenges: an enlarged heart, fluid in her lungs, and problems with her kidneys. Doctors performed surgery to drain fluid from her brain and they predict that Aliza will have cerebral palsy. But Qualie isn’t letting the diagnosis get her down.

“She is an absolute fighter and I will fight with her,” she said. “She’s overcome so much. It’s unbelievable. She’s our little warrior princess.”

For now, Aliza remains in the NICU, and a GoFundMe page set up for the Qualie family is raising money and keeping followers appraised on her condition. Though she’s on dialysis and has had to fight infections and brain bleeds, Aliza has kept battling, with the family hoping they can all be reunited together at home in just a few weeks.