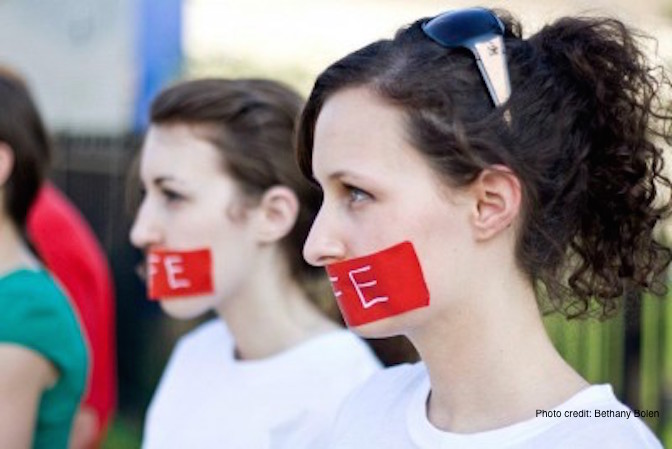 Speak for the Weak, a pro-life student group at Durham College and University of Ontario Institute of Technology, claims the school’s student association has denied their group registered club status because of the group’s abortion stance.

The group’s registered status was rejected in September 2015 and organizers say attempts to appeal the decision have failed.

Without official club status, the group can’t use student association space or resources — something members say is needed to engage others at the schools.

Justice Centre for Constitutional Freedoms confirmed Monday it filed the court application against the student association on behalf of Speak for the Weak.

“The actions of the student association against this group amount to discrimination and complete disregard for free expression on campus,” said Marty Moore, a lawyer with Justice Centre.

Christian Naggar, president of Speak for the Weak, told the Sun, “Even though it recognizes campus clubs are an integral part of student life, the student organization has chosen to exclude us from having an official campus club simply because it disagrees with our views.”

Durham College isn’t the only Canadian campus under fire for choosing not to recognize pro-life student clubs. The University of Toronto Mississauga has refused to recognize a Students for Life group on campus.

Find a short list of other instances of discrimination against pro-life groups and their right to free speech on college campuses below: