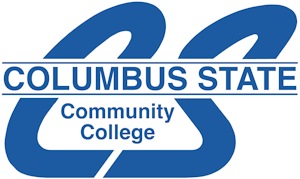 Spencer Anderson is challenging Columbus State Community College’s limits on free speech. According to a lawsuit filed last week, the College has two small “speech zones” that students can obtain a permit to speak in, provided the permit is obtained 48 hours in advance. Students are then assigned to one of the zones and must stay in that zone. The two areas make up less than 1% of the Columbus campus. Additionally, the college has complete discretion to decide who can receive a permit and who cannot, giving it the power to stop certain topics from being discussed.

Anderson started a pro-life student group and wished to tell others about it. According to the complaint:

Anderson was given permission to use one of the free speech areas, but not the one he had requested. Instead, he was told to use the one with “low foot traffic.” Anderson also participated in a pro-life display on the campus and was forced to follow similar restrictions. Incidentally, this Solicitation Policy has not been enforced against students distributing flyers in support of PETA.

By taking away Anderson’s right to freedom of speech and free exercise of religion, the college is violating his constitutional rights.

David Hacker, Senior Legal Counsel for Alliance Defending Freedom and one of the attorneys for Anderson, believes that college should be a place for encouraging ideas, not restricting them:

Free speech should not be censored or limited to a ridiculously small area on campus, nor should students need permission to hand out fliers. The First Amendment protects freedom of speech for all students in the outdoor areas of campus, regardless of their religious or political beliefs.

A similar case with Louisiana State University ended this year when the school revised its policies.

For those who have questions on religious liberty in the public school setting, Alliance Defending Freedom has a Speak Up website with answers and more information.