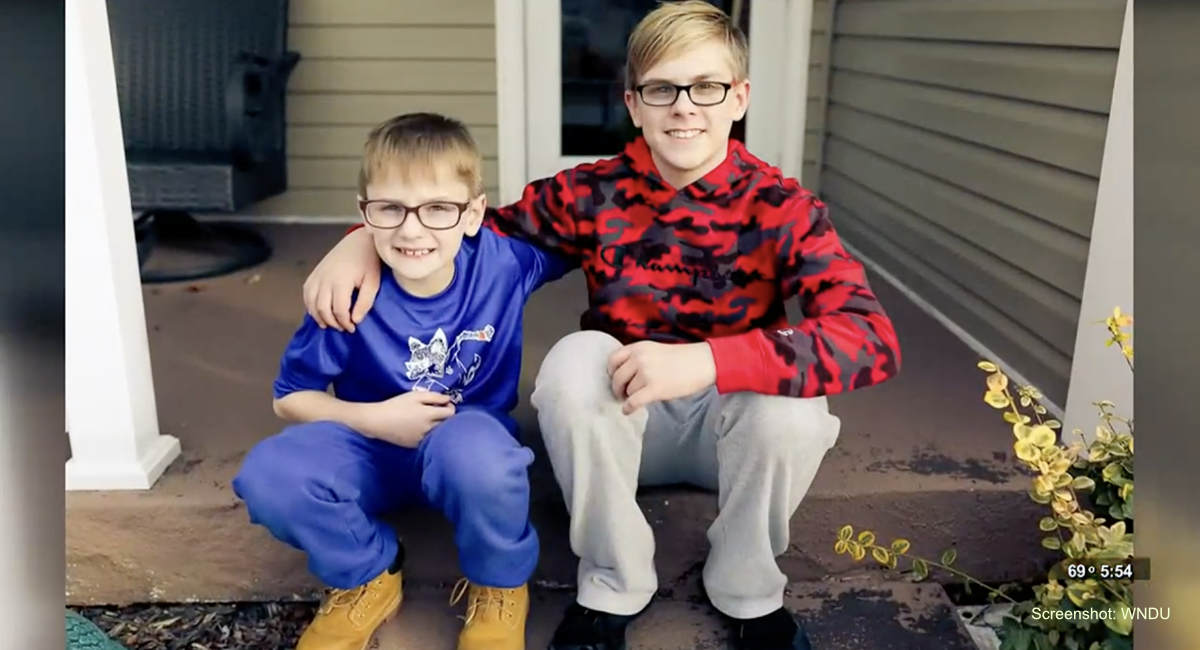 In a plea for adoption, two brothers in Indiana are hoping to find parents willing to keep them together.

Thirteen-year-old Owen and nine-year-old Leland have been in foster care for two years, and have been moved through three different homes in that short period of time. The brothers, who are close, love being together because they say they always have fun. And they’re both big fans of sports.

“I like to play baseball, basketball and I want to sign up for football,” Owen told local news station WNDU. “And I like hockey.” Leland added that he loves “[f]ootball, baseball, basketball, soccer and tennis.” Owen, who is autistic, wants prospective parents to know he is a picky eater, while Leland said his favorite food is McDonald’s. Both brothers love fishing, hunting, riding dirt bikes, and being outdoors.

Leland is as active as any other boy his age (maybe more!), so be prepared to keep up! He enjoys playing outside with his brother, and can get so excited that it’s hard to settle him down. While he enjoys all sports, Leland likes playing kickball, and also like building with blocks and completing puzzles. Leland makes friends easily and gets along with others. Leland loves to have his people around him — the more, the better!

Owen is equally active, and loves having fun and joking around. He likes to ride his bike, go swimming, play video games and watch movies. He likes attention (what kid his age doesn’t?), and has found that being a comedian gets people’s attention for sure.

Some of the boys’ answers gave a heartbreaking insight into what their lives may have been like up until now; they say they want parents who will be nice to them, and hope for a Rottweiler that can protect them.

Children Owen and Leland’s age are less likely to be adopted — and aging out of foster care without a family can have dire consequences. Children who leave foster care without being adopted are at extremely high risk for homelessness, unwanted pregnancy, substance abuse, unemployment, higher chances of criminal activity, and more. Yet most parents prefer to adopt infants, feeling like older children have too much baggage.

All children, including older kids and teenagers, deserve a safe, stable family, and to have parents who love them. Interested families should contact the Indiana Adoption Program.