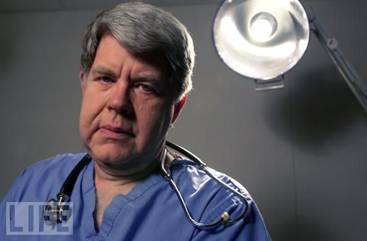 The new abortion facility in Bethesda, Maryland run by Nebraska late-term abortionist LeRoy Carhart canceled all illegal abortions scheduled for today, October 17, 2017. Operation Rescue had reported that the facility, operating as AbortionClinics.org, was not licensed as an abortion facility as required by state law, however, Carhart was planning on performing abortions despite this.

Notorious for committing abortions through all nine months of pregnancy, Carhart has injured or killed multiple women and he does not have admitting privileges at any hospitals. The now-canceled appointments included late-term abortions according to Operation Rescue.

Complaints have been filed against Carhart and the abortion facility with the Maryland Department of Health and Mental Hygiene and the Maryland Board of Physicians.

“There is no doubt that Carhart believes he can break the law without consequences,” said Troy Newman, President of Operation Rescue. “This time, he tried to pull a fast one and got caught. We call on the Department of Health to permanently shut down his illegal abortion business. His attempt to conduct late-term abortions illegally is so egregious that we urge the Medical Board to revoke Carhart’s Maryland medical license permanently.”

Carhart has a list of complaints against him from as long ago as 1991. He has been accused of not following proper infection control protocol, keeping his facilities in filthy conditions, and using unsterile surgical instruments.