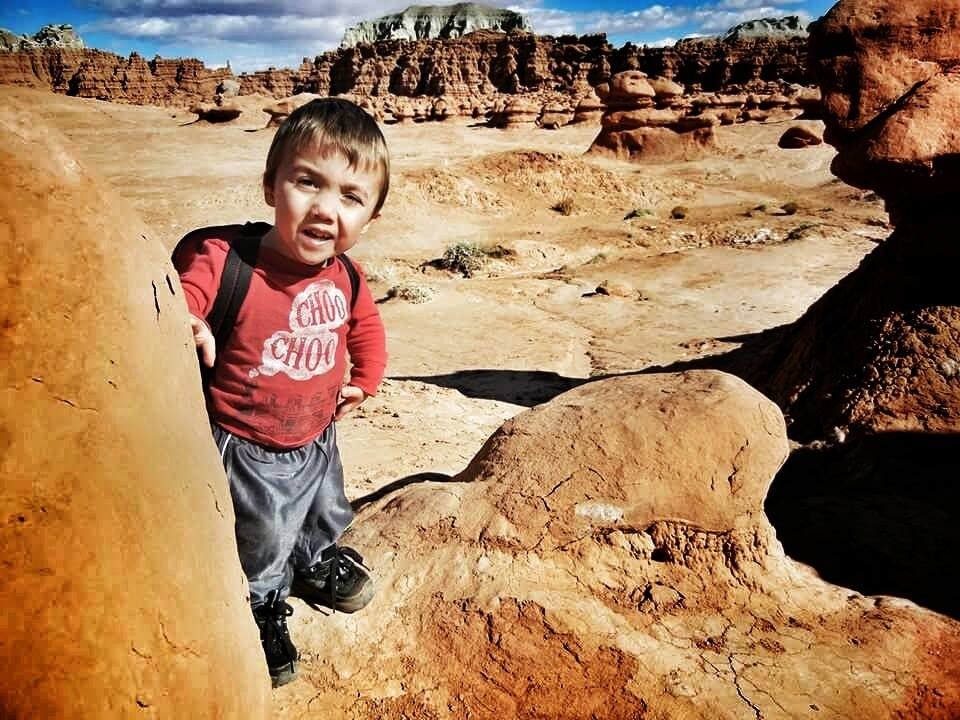 Grant Stone, a seven-year-old with dwarfism, is no stranger to hurtful comments. In a video he made about his life, he says people often think that he and his younger brother are twins, and strangers will call him a baby.  He says he is just like any other child, and his biggest wish is for everyone to love each other.

“It really hurts my feelings when people yell out, ‘Oh, look, there’s a baby over there.’ I’m really not and I don’t like people calling [me] that. I just don’t.”

Grant’s video has been viewed more than 1.5 million times, and he has over 8,000 fans on Facebook. For Grant and his family, this is a great opportunity to spread awareness and love throughout the world. It’s also a chance to show that life with dwarfism is just as fulfilling as any other person’s life.

Grant talks about getting hurt because he falls down more easily than other people.

“Some people think I can’t do things just because I’m small,” he says. “There are some things that are hard for me, but I can get creative and do it. I can do anything.”

Dwarfism is a condition that can be diagnosed prenatally; but unfortunately, there are doctors who believe abortion is the best answer when a preborn child receives such a diagnosis, which usually happens later in the pregnancy. Grant, however, just wants the world to be full of love and acceptance.

“My wish for the world is that everyone can love one another,” said Grant. “Even if they fight. Sometimes…just love one another. No matter what troubles there are in the world, we’ll be happy as long as there’s love.

“What if people look different than you? Should you still love them? Yes, you should. Because everyone is just a loving person. It doesn’t matter whether you’re short or tall, or black or white…We’re all just people doing our very best.”