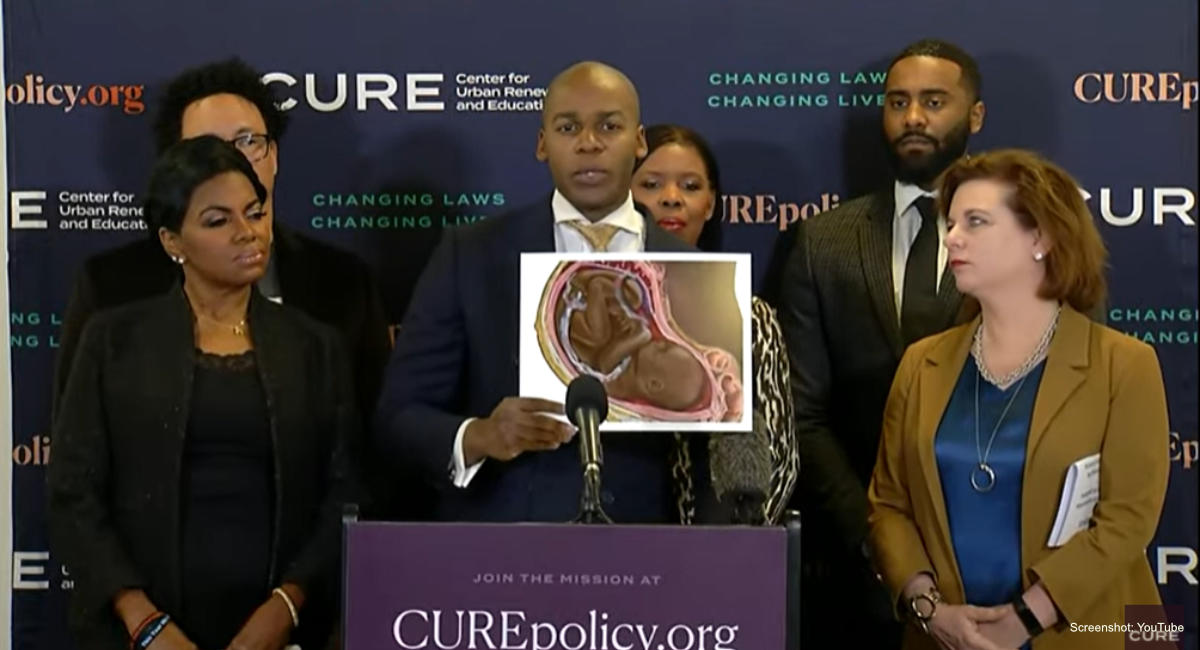 CurePolicy.org, a research organization headed by Star Parker that is “dedicated to fighting poverty and restoring dignity” through “free-market solutions to provide education, employment, healthcare and the opportunity for Black families to grow and their communities to flourish,” held a recent press conference featuring several Black pro-life leaders.

These leaders pointed out how the abortion industry, founded in eugenics and racism, is still achieving racist, eugenicist ends today.

Ryan Bomberger, co-founder of The Radiance Foundation, noted that “We live in a society where systemic racism is blamed for every negative racial disparity, yet pro-abortion activists pretend racism doesn’t exist in the one [abortion] industry that has killed millions of Black lives for a living…”

“When we see a beautiful Black face, abortionists see a dollar signs,” said Jonathan Alexandre, Esq., Senior Counsel for Governmental Affairs at Liberty Counsel and Liberty Counsel Action. He went on to explain how the industry profits from the Black community.

READ: Black pro-life leader on the crisis of abortion: ‘If you can’t get out of the womb, nothing matters’

Alexandre is referring to the fact that the U.S. Food and Drug Administration now allows the abortion pill to be sent by mail instead of holding to in-person distribution, testing, and other safety protocols that were required in the past. He also accurately noted the fact that college campuses have been seeking to offer chemical abortions for years, making it so that students living in shared dormitories will be left to suffer the consequences of the abortion pill without supervised medical help.

“When we see a beautiful Black face, Planned Parenthood’s founder says says she wants to get rid of that undesirable race,” said Alexandre, noting Margaret Sanger’s eugenicist views (shared by many others involved with the organization as well), from which the abortion corporation has only recently begun to distance itself.