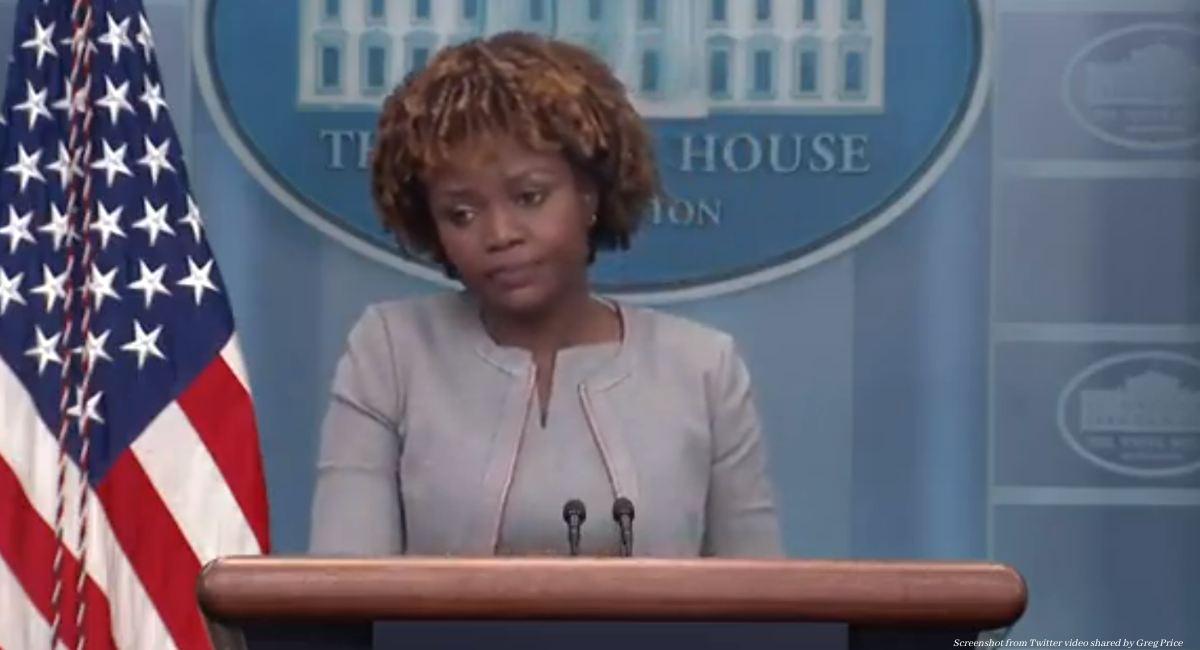 At a White House press briefing on Monday, the Biden administration appeared to deny increased targeting of pro-lifers and political opponents, despite an increasing amount of evidence to the contrary.

According to official transcripts, a reporter asked White House press secretary Karine Jean-Pierre to comment on remarks by former President Trump that the current administration is “locking up pro-life activists, persecuting their political opponents.”

While not yet subject to imprisonment, many pro-lifers have been arrested and charged under a Clinton-era law that, according to Fox News, had been barely used in 2020 and 2021. Yet in 2022 alone, the Freedom of Access to Clinic Entrances (or FACE) Act has been used to indict 26 people so far.

In October, the FBI arrested 11 pro-life activists in Tennessee, including pro-life activist Paul Vaughn who was arrested at gunpoint with assault weapons drawn at his home, in front of his wife and children. Four pro-life Americans, including 87-year-old Holocaust survivor Eva Edl — whose experience of Nazi atrocities led her to a lifelong commitment to fight for human rights — were arrested and charged for participating in a “rescue” at an abortion facility in Mt. Juliet, Tennessee. In September, the FBI raided the home of pro-life sidewalk counselor Mark Houck, a husband and father of seven children, for an altercation outside an abortion facility instigated by an abortion activist. In October, an atheist pro-lifer named Herb Geraghty of Pittsburgh, Pennsylvania, was arrested and indicted on federal charges for participation in a Red Rose rescue action in Washington, D.C.

In response to the reporter’s question, the White House press secretary immediately denied the claim. “Clearly, that’s not true,” she insisted. “It’s just not true. It’s false. It’s a lie.” In a follow up question, the reporter pointed out the perception among pro-lifers that they have been the victims of attacks with law enforcement looking the other way. “There’s this perception though that pro-life activists are being persecuted and, in the meantime, like, pro-life pregnancy centers are being attacked—”

At that point, Jean-Pierre cut the reporter off, and she continued to deny the question’s premise. “It’s not.  It is just — that is just not something that I’m going to comment from here about what the former President said.  It is — you know, I’m just not going to get anything further,” Jean-Pierre said.

As the reporter alluded to, attacks against pro-life houses of worship and pregnancy centers, which the FACE law was also designed to protect, have skyrocketed in 2022. A recent report studying these attacks has concluded that they are enabled by a “permissive atmosphere” – marked by the absence of condemnation by many local and national officials, as well as the failure of law enforcement to investigate these crimes – while warning pro-life institutions to expect attacks to continue for the foreseeable future.

In October, Republican lawmakers sent a letter to the FBI requesting further information about the FACE Act arrests, contending that “overzealous prosecutions under the FACE Act weaponize the power of federal law enforcement against American citizens,” targeting specifically “ pro-life Americans based solely on their beliefs.” The lawmakers’ letter also pointed out that “there have been no reports of FBI investigations or DOJ prosecutions in relation to the more than 72 pregnancy resource centers and 80 Catholic churches that have been attacked or vandalized since the Dobbs leak – heinous, violent, and organized crimes across state lines that are also subject to prosecution under the FACE Act.”

Live Action has initiated a petition urging American citizens to demand “the FBI investigate and prosecute those behind the terrible violence against crisis pregnancy centers,” as well as “halt their unconstitutional raids of peaceful pro-life protestors.”