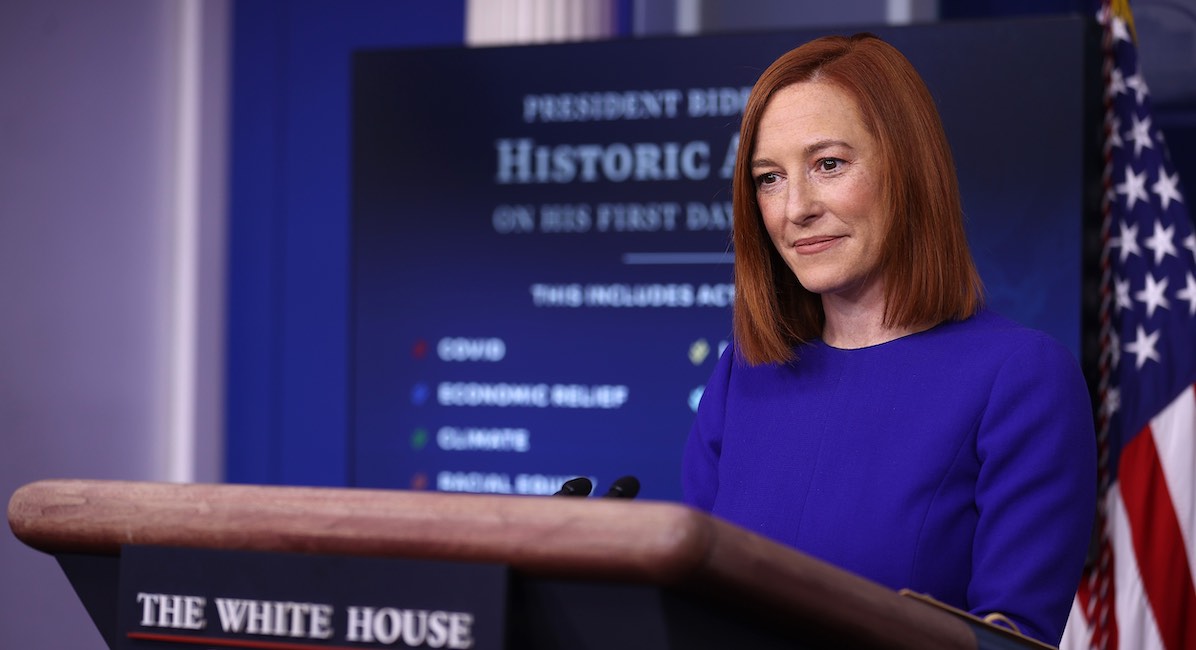 “Two big concerns for pro-life Americans: the Hyde Amendment that keeps taxpayer-funded dollars from abortion, as you know, and the Mexico City Policy, which under the previous administration, expanded to keep taxpayer dollars from overseas abortions. So what is President Biden planning to do on those two items right now?” asked Owen Jensen from EWTN.

Either Pres. Biden is about to be a very pro-Life President or Jen Psaki (and basically everyone else) needs to stop referring to him as a "devout Catholic"…! pic.twitter.com/Tvy9qVvUnW

Though it is expected that Biden will rescind the Mexico City Policy and that he plans to do away with the Hyde Amendment, Psaki avoided answering the question.

“Well, I think we’ll have more to say on the Mexico City Policy in the coming days,” she said, “but I will just take the opportunity to remind all of you that he is a devout Catholic and somebody who attends church regularly. He started his day attending church with his family this morning. But I don’t have anything more for you on that.”

Psaki, and the rest of the world, need a reminder that even if Biden is a practicing Catholic, that doesn’t mean his “personally pro-life” but politically pro-abortion stance is morally acceptable or that his faith can be used as a get-out-of-jail-free card, so to speak, when it comes to issues of life.

The Catholic Church knows that abortion is gravely wrong under any circumstance and believes that human life is sacred and must be protected from the moment of fertilization. In addition, the majority of Americans support both the Mexico City Policy (which prevents US dollars from supporting abortions overseas) and the Hyde Amendment (which prevents US taxpayers from funding abortions through Medicaid). When Biden erases those measures, he will be going against what Americans want and will further solidify his pro-abortion stance — directly against Catholic teaching.