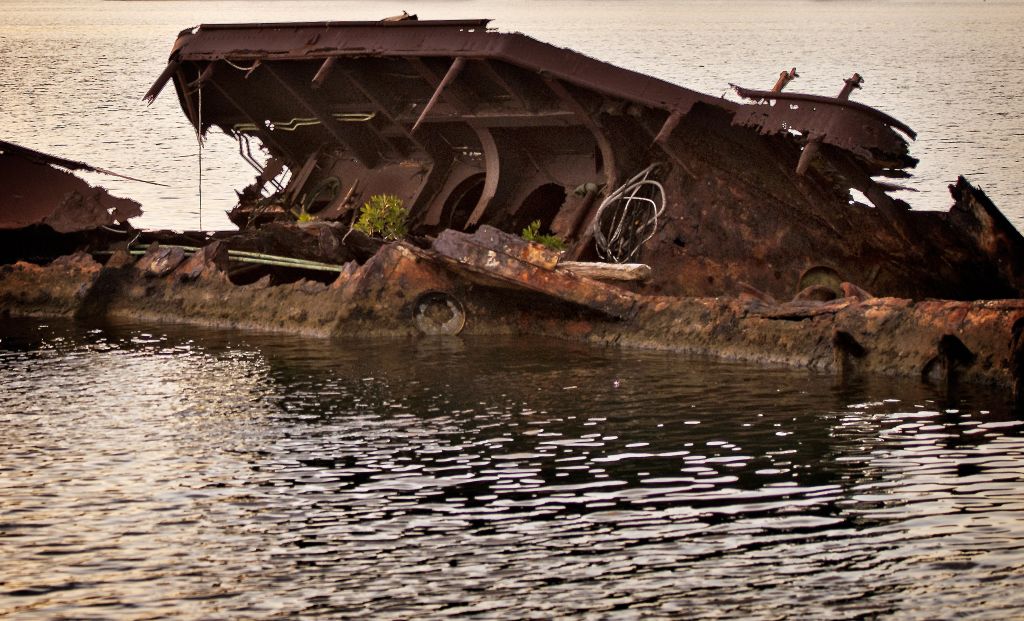 December 7th is a day which will forever live in infamy. On that date in 1941, Japanese forces attacked Pearl Harbor in Hawaii, killing over 2,000 people and injuring over 1,000 more. The remains of two sunken ships, the USS Arizona and the USS Utah, still lurk beneath the clear water, and an estimated 1.5 million people visit each year to pay their respects to those who died. But many of those visitors may not be aware that a baby girl rests beneath the waters as well.

During the Pearl Harbor attack aboard the USS Utah, 58 men died, with 54 of their bodies unable to be recovered. Like the USS Arizona, the ship has been declared an official grave, and survivors who later passed away are able to have their remains interred with their shipmates. But one of the bodies interred is one which may surprise readers: two-day-old Nancy Lynn Wagner.

Chief Yeoman Albert Thomas Dewitt Wagner had twin girls, Nancy Lynn and Mary Dianne. The girls were born premature in the Philippines on August 29, 1937. Nancy only lived for two days before she passed away, but Mary — who was pronounced dead multiple times — ultimately survived. The girls’ father had kept Nancy’s ashes in an urn in his locker, waiting for a chaplain to be assigned to perform the burial at sea.

Wagner had just finished breakfast when the attack began. He ran to his battle station before being forced to abandon ship. “Suddenly, the air was bent by a terrific explosion,” he wrote in his journal. “Rushing to a porthole I saw a huge column of black smoke bellowing high into the heavens.” Wagner was forced to abandon ship, and he survived the attack — but Nancy’s ashes went down with the ship.

“Shells and bombs bursting everywhere with puffs of smoke and flame filling the atmosphere, and with the Japanese planes flying high above our fire, obtaining their objectives and zooming right down into certain death — several planes dashed themselves against the ships, knowing it was impossible to make their return,” he wrote of watching the attack continue from the shore.

READ: 9/11 Memorial remembers preborn children too: ‘They were who we are’

Mary said Navy divers attempted to recover Nancy’s remains about two weeks after the attack, but the crew quarters were smashed too badly for them to be able to get in. For a long time, there was no monument to the USS Utah, and Mary said her father never lived to see the memorial built. “There was nothing but mud then, and no indication that there are men still aboard,” she told the now-defunct Star-Bulletin. “He never saw the finished monument.”

In 1972, a concrete pier and a memorial slab were built, with a Navy detail raising and lowering an American flag each day to honor those entombed within the ship. Mary returns every Thanksgiving to put a lei in the water for her sister.

It had been a Wagner family tradition to bury loved ones at sea, Mary explained, which is why Nancy’s ashes were in his locker. “My father was waiting for an appropriate time to scatter my sister’s ashes. Another sister (Helen) already had been buried at sea,” she said. While the circumstances were less than ideal, Mary is touched nonetheless by the honor given to Nancy.

“I don’t think there is a better tribute to my twin sister than to have all those wonderful and brave men guarding her,” she said. “It would have been wonderful if she had lived, but since she did not, I feel nothing but pride and pleasure that she is in such magnificent company. I could have not asked for anything better than for her to be tenderly, carefully looked after by America’s finest.”