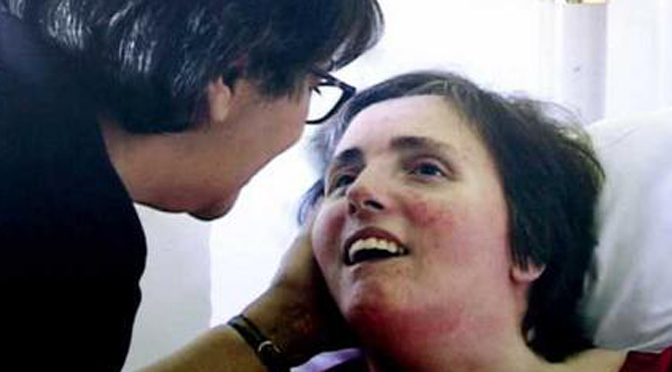 On Friday, Republican presidential candidate Dr. Ben Carson took an unexpected stance on the case of Terri Schiavo, a Florida woman taken off life support following a long legal battle between her parents and her husband.

“I don’t think it needed to get to that level” of Congressional intervention, the retired neurosurgeon said in response to a reporter’s question after an Orlando GOP conference. “I think it was much ado about nothing.”

He explained that in his medical view, “We face those kinds of issues all the time and while I don’t believe in euthanasia, you have to recognize that people that are in that condition do have a series of medical problems that occur that will take them out. Your job [as a doctor] is to keep them comfortable throughout that process and not to treat everything that comes up.”

But according to the disability advocacy nonprofit founded by Terri’s brother Bobby Schindler, the controversy arose due to substantial ambiguity over whether Terri’s husband Michael, who planned to remarry and stood to inherit a $800,000 trust fund, was accurately reflecting her end-of-life wishes.

In March of this year, Schindler denied that his sister was dying or kept alive by machines other than a feeding tube to provide her basic nourishment, insisting, “I don’t think that Terri would ever, ever, request that she be starved or dehydrated to death.” Schindler also accused Michael Schiavo’s legal team of misrepresenting her death as peaceful:

After almost two weeks without food or water, my sister’s lips were horribly cracked, to the point where they were blistering. Her skin became jaundiced with areas that turned different shades of blue. Her skin became markedly dehydrated from the lack of water. Terri’s breathing became rapid and uncontrollable, as if she was outside sprinting. Her moaning, at times, was raucous, which indicated to us the insufferable pain she was experiencing. Terri’s face became skeletal, with blood pooling in her deeply sunken eyes and her teeth protruding forward. Even as I write this, I can never properly describe the nightmare of having to watch my sister have to die this way.

One of Carson’s primary competitors, former Florida Governor Jeb Bush, attempted to intervene to save her life. Commenting on the case this year, Bush has stood by his actions, explaining that “I acted on my core belief that the most vulnerable in our society should be in the front of the line,” and lamenting that “It broke my heart that we weren’t successful in sustaining Terri’s life.”

Carson is popular among some pro-lifers for frequent passionate comments against abortion. However, brief questions about his pro-life stance arose in August following past statements giving mixed messages on abortion and his 1992 admission that he “would refer someone for an abortion” when “faced with a patient who has severe medical problems.”