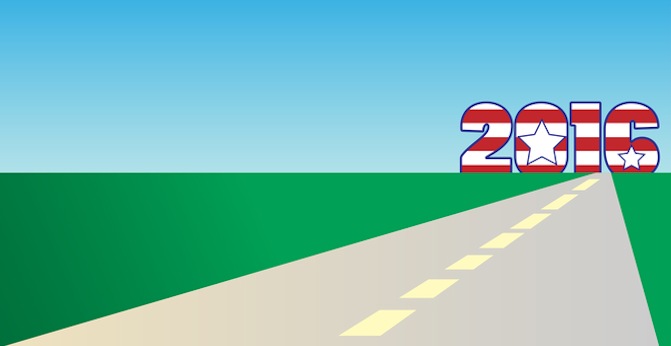 As mentioned before, I’ll continue to provide coverage on the constantly increasing list of presidential candidates. Since the beginning of the month, five candidates have declared. This includes one Democrat and four Republicans. Let’s see where these five men stand on the right to life. Senator Lindsey Graham announced his candidacy for president on June 1.

On June 11 he introduced the Pain-Capable Unborn Child Protection Act, which would ban most abortions after 20 weeks, at the federal level.

He also co-sponsored the Partial-Birth Abortion Act of 2003, along with fellow GOP presidential candidate, Rick Santorum.

On his campaign website, under “Securing Our Future,” the right to life is mentioned:

Strong families, constitutional liberties, and the sanctity of life form the bedrock on which our nation was founded. As president, I would protect our nation’s values.

The National Right to Life Committee gave Graham a score of 100 percent. Governor Lincoln Chafee, now a Democrat, has also previously affiliated himself with the Republican party (while a senator) and as an Independent. He has favored abortion from the start of his political career. On June 3, the day he declared his candidacy for president as a Democrat, NPR published “5 Things You Should Know About Lincoln Chafee,” which points out, with added emphasis:

Routinely rated the least conservative member of his caucus, he was, in fact, less conservative than several of his Democratic colleagues as well. He consistently backed same-sex marriage, abortion rights, a higher minimum wage and higher taxes on the wealthy.

While serving in the U.S. Senate he voted against the Child Interstate Abortion Notification Act, which would have prohibited minors being transported across state lines without parental consent. He also voted against a ban on partial-birth abortion. In 2003, NARAL Pro-Choice gave him a 90 percent rating.

Chafee was elected governor in 2010, and just finished his term. During that time, Americans United for Life ranked his state of Rhode Island in the bottom half.

While Chafee was governor, he vetoed a “Choose Life” license plate, because as he explained, the funds would go to Christian pro-life groups.

Lincoln Chafee’s website also references his support for abortion, which is phrased as “[he] also strongly support[s] a woman’s right to make her own personal reproductive decisions.”

He also served on NARAL’s board of directors. His deputy governor was Richard Licht, the group’s national chairman. Rick Perry, who just finished his third term elected as governor of Texas, declared his candidacy for president on June 4.

When the state’s pro-life omnibus bill, then known as SB5, could not be passed due to timing issues brought on by abortion advocates, Governor Perry called the legislature back for a special session. The bill then became HB2 and was signed into law in 2013. The law has been upheld after the 5th Circuit Court of Appeals just recently ruled it was constitutional.

Governor Rick Perry also defied threats from the pro-abortion Obama administration. When the state moved to exclude abortion providers from receiving state funds as part of the Texas Women’s Health Program, the Obama administration rejected the state’s waiver and Department of Health and Human Services announced it would cut off Medicaid funding for the program. Nevertheless, Governor Perry was committed to continuing the program, and Texas found a way to fully fund it.

Perry also was moved to oppose abortion in cases of rape and incest as well, after he was convinced by Rebecca Kiessling, a pro-life advocate who was conceived from rape. Governor Jeb Bush declared his candidacy for president on June 15. Like his brother, George W. Bush, Jeb is pro-life.

Bush was elected as governor of Florida in 1998, and again in 2002. In 2005 he signed an abortion notification measure, supported by Florida voters, which required abortionists to tell parents when their teenage daughters were considering abortion. He also signed a measure regulating abortion facilities.

He was not just pro-life on the abortion issue.  In 2003 Bush also tried to save the life of Terri Schiavo which involved an embattled case of ending the life of a patient through euthanasia.

During his announcement, Bush spoke on behalf of religious liberty, referencing the Little Sisters of the Poor, who have religious objections to obeying the Health and Human Services contraception mandate and the burden it places on employers. He also criticized a statement from Hillary Clinton (who is also running, as a Democrat) claiming that “…deep-seated cultural codes, religious beliefs, and structural biases have to be changed,” with regards to abortion.

Also, Sarah Palin, a former candidate for vice president and governor (R-AK), praised Bush for his attention to those with disabilities. Palin’s youngest son has Down Syndrome. Donald Trump, perhaps most well known for his television shows The Apprentice and The Celebrity Apprentice, declared his candidacy, as a Republican, on June 16.

Although Trump was not always pro-life, he has since changed his position on the issue. Even in 2000, when he did support abortion, he wrote that he was “uncomfortable with the procedures.” His stance was quite different by a 2011 interview. He credits stories from friends as what led to his conversion.

Even with the many candidates already, the field is still likely to grow. Stay tuned.