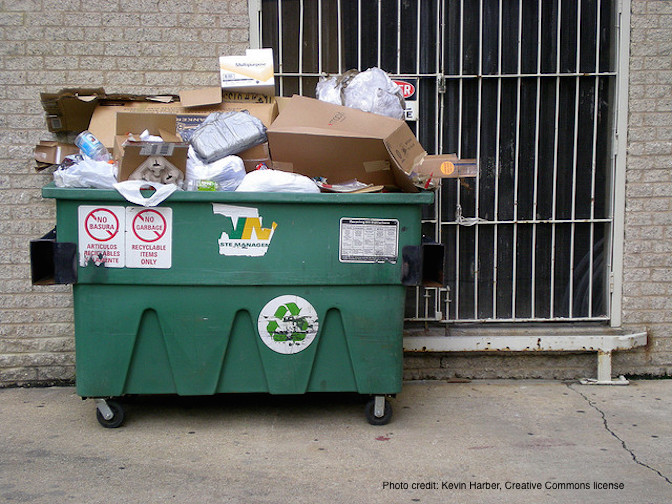 Giovanni Johnson was shocked when police told him his girlfriend had just given birth; he says he didn’t even know she was pregnant. Seven stories down from Johnson’s apartment, some of his neighbors got an even bigger shock.

That’s where the baby landed.

Prosecutors allege that thirty-three year-old Jennifer Berry secretly gave birth in Johnson’s apartment and then threw the child out of a window. While Berry claims her daughter was stillborn, a New York City medical examiner contends otherwise.

Berry’s pregnancy wasn’t the first to fly under the radar. Plenty of other children have gone unnoticed – sometimes even by the ones who were carrying them. Last year, a British soldier who passed an Army physical went into labor while on deployment in Afghanistan. Another gave birth in 2011 shortly after returning home. Those women expressed joy over their new arrivals, but not everyone reacts so well.

Infants regularly turn up in trash bags, dumpsters, and other locations. Tragically, many of them don’t survive. But while simply leaving a newborn somewhere is often a recipe for horror, there’s one major exception to that rule.

Under Baby Safe Haven Laws, a mother can put her baby in the hands of a caring professional, with no questions asked or legal consequences imposed. And given the long lines of hopeful couples waiting to adopt, it’s a good bet that the little girl or boy will be in a loving home before long.

Safe haven rules vary from state to state. While some require that a baby be taken to a hospital, most also designate police and fire stations as acceptable locations, too. The group Baby Safe Haven has created an interactive map that provides a summary of the specific rules in each jurisdiction. Information is also available toll-free at 1-888-510-BABY (2229). Pregnant moms are welcome and encouraged to call at any time.

Facebook, Twitter, Disqus and similar social media offer great opportunities for publicizing the safe haven option. So do churches, hobby groups, and other organizations you might belong to. That’s an important effort, because although not everyone’s ready to be a mom, every child does deserve a chance to live.

It’s a chance you can help provide.