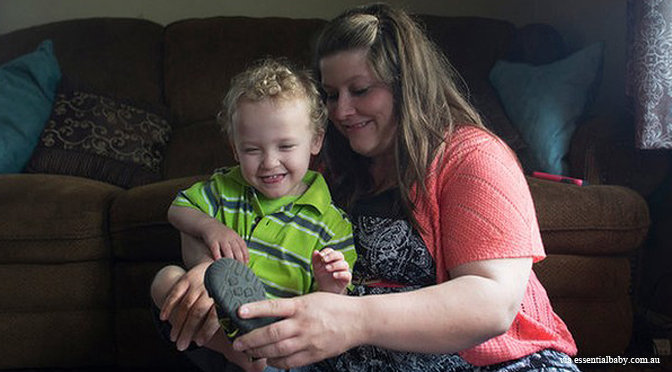 Senate Democrats blocked a vote today on a pro-life Senate bill that would ban late-term abortions. The bill promised to save as many as 18,000 preborn children who are aborted each year after 20 weeks gestation. Despite the fact that more and more children are surviving premature birth after the 20 week mark, most Democrats still refuse to protect them.

Micah Pickering is one of those children who proves the value and humanity of preborn children. He shows us all that children born as young as he was are viable, and they can and do survive.

Today, we have Micah Pickering and his family here. Micah, who was born at 22 weeks, is the face of 18,000 lives who could be saved by the Pain-Capable Unborn Child Protection Act. Micah is here to show us that he was the same boy at 22 weeks that he is now, just older.

Micah was born on July 25, 2012. Despite a poor prognosis, his parents, Danielle and Clayton Pickering, chose to give him access to medical care to help him have the best chance possible of surviving. He spent four months in neonatal intensive care and survived heart surgery. Today, he is three years old, and though he has chronic lung issues, including asthma, as well as delayed speech, Micah is a happy and healthy boy, and big brother.

“We figured he was our baby, and he was what the Lord had given us, and we would just do everything we could,” said Micah’s mother, Danielle. The New England Journal of Medicine published a study in May of 2015 which revealed that of 755 babies born at 23 weeks gestation, 542 received medical treatment. About a third of them survived and half of them went on to have no serious medical issues. Researchers also found that more and more micro-preemies like Micah are able to live outside the womb. Each one of them is worthy of being saved.

Dannenfelser thanked Senate majority leader Mitch McConnell for working to protect preborn children who have reached viability. She said that this law would “take children off the table for destruction and dissection at Planned Parenthood, which has been exposed by the Center for Medical Progress as illegally harvesting and selling the body parts of aborted children.”

She also noted that while we celebrate Micah’s life and the prenatal medicine advancements that helped him survive, we have to admit and acknowledge that children just like him die horrible, painful deaths through abortion.

Babies born at this age have also been known to survive abortions, only to be murdered once outside the womb, or left to die by the abortionist.

In 2013, Live Action released an undercover video revealing that despite being legally obligated to help a baby born alive after an abortion, abortionists often leave the babies to die. Other abortionists take matters into their own hands, such as Kermit Gosnell, who was convicted in 2013 of first-degree murder for killing, with scissors, three babies born alive after abortions he performed.