A 15-year-old girl has been charged with murder in the death of her newborn baby boy after he was found in a dumpster in Philidelphia on New Year’s Eve.

Jani Morris will be charged as an adult in the death of her son. According to local NBC News 10, she is also being charged with endangering the welfare of a child, possession of an instrument of crime, and abuse of a corpse. Her son was pronounced dead at Temple University Hospital on December 31. According to an autopsy, the baby boy died from asphyxiation (suffocation). 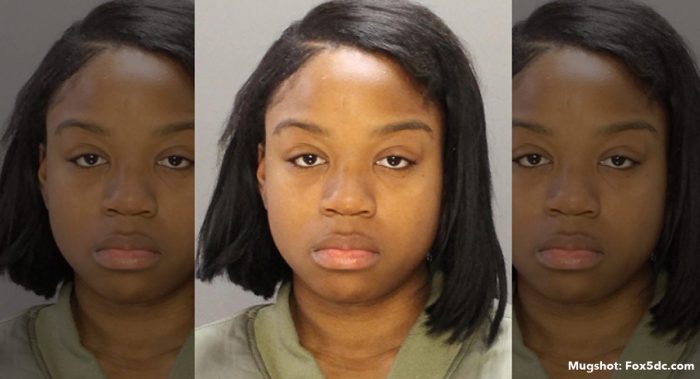 According to police, a woman approached officers at about 10:30 pm that night claiming to have found a newborn baby in a dumpster. She said the child had been put there by Morris, who is one of her daughter’s friends. The police located Morris and her mother in a nearby home where Morris is believed to have given birth. Morris was placed under arrest and was taken to Temple Hospital for treatment.

Morris allegedly gave birth in the bathroom of the home she shares with her mother and others. Police believe she then killed her son and put him in a garbage bag before leaving his body in the dumpster about a block away from the home. It is unclear if anyone else in the home knew about the pregnancy or birth.

The killing of newborn children has been compared to abortion in recent years with ethicists claiming the two are one and the same. And in some cases, just as abortion typically garners no legal penalty, mothers have received a mere slap on the wrist for murdering their newborns.

In 2016, 16-year-old Antonia Lopez was charged with murder as an adult but escaped jail time after throwing her newborn daughter out a window. The baby girl died from the injuries she sustained when she hit the ground. Text messages revealed that the girl knew she was in labor and that she gave birth to a baby girl. She then asked for help from friends through Facebook to get rid of the baby’s body. Despite this, and an autopsy that revealed the baby girl was born alive, the judge only ordered that Lopez live in a group home, take part in therapy, and perform 50 hours of community service. She also had to delete her Facebook account.

Also in 2016, an Indiana Court overturned the feticide conviction of 33-year-old Purvi Patel who had been sentenced to 20 years in prison after she took abortion-inducing drugs illegally in 2013. The prosecution presented evidence that the child was born alive; however, Patel’s lawyer claimed the child was stillborn. When Patel sought help for bleeding at the hospital, she told medical personnel that she had put the baby in a dumpster. Pro-abortion groups and pro-choice women criticized her sentencing, calling it a “sad day” for women. The National Network of Abortion Funds and NARAL celebrated Patel’s release from prison, despite the fact that she took abortion drugs illegally and had been convicted of killing her born child.

Legal abortion has created a confusing new world in which a person can be charged with feticide in the death of a preborn child while other people can legally kill a preborn child at any time during pregnancy. The invisible pro-choice line between pregnancy and birth has now been crossed, and women are quite literally getting away with the murder of newborns.

It remains to be seen what sentence Jani Morris will receive for killing her newborn son… if any.