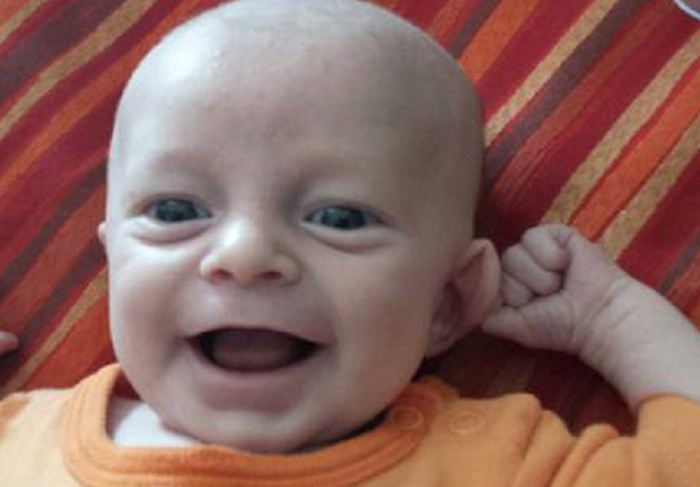 Doctors told Whitney Allison and Troy Dunn to abort their one in a million son.  A 24 weeks gestation, Baby Marcus was diagnosed with hypoplastic left heart syndrome — meaning he has half a heart.

“The options were to terminate the pregnancy, deliver at term and hold our baby until he died in our arms, or deliver him and opt for high-risk surgery, which is what we did,” Allison told The Maitland Mercury. “We knew there was a low survival rate and doctors strongly recommended I terminated, but we were willing to take the risk to give Marcus a chance at life.”

At just two days old, Marcus survived his first open heart surgery when doctors placed a shunt into an artery to ensure blood flow to his lungs. He is now 11 weeks old, and has a second surgery scheduled in a few weeks. Marcus has been in the hospital since his birth.

Allison told the Maitland Mercury that after Marcus’ first surgery, she sensed there was something wrong and it turned out he had a major bleeding issue. The couple was told to say their goodbyes to their baby.

Dunn refused to say goodbye, and simply kissed Marcus and instructed doctors to save his son. Marcus fought through the ordeal and spent 13 days in intensive care with his chest exposed.

While Allison has remained by Marcus’ side in the hospital, Dunn has returned to work and to taking care of the couple’s 21-month-old daughter, Harper.

Marcus’ condition, which affects one in a million babies, is still touch and go, but they are hoping to be home as a family by August or September.