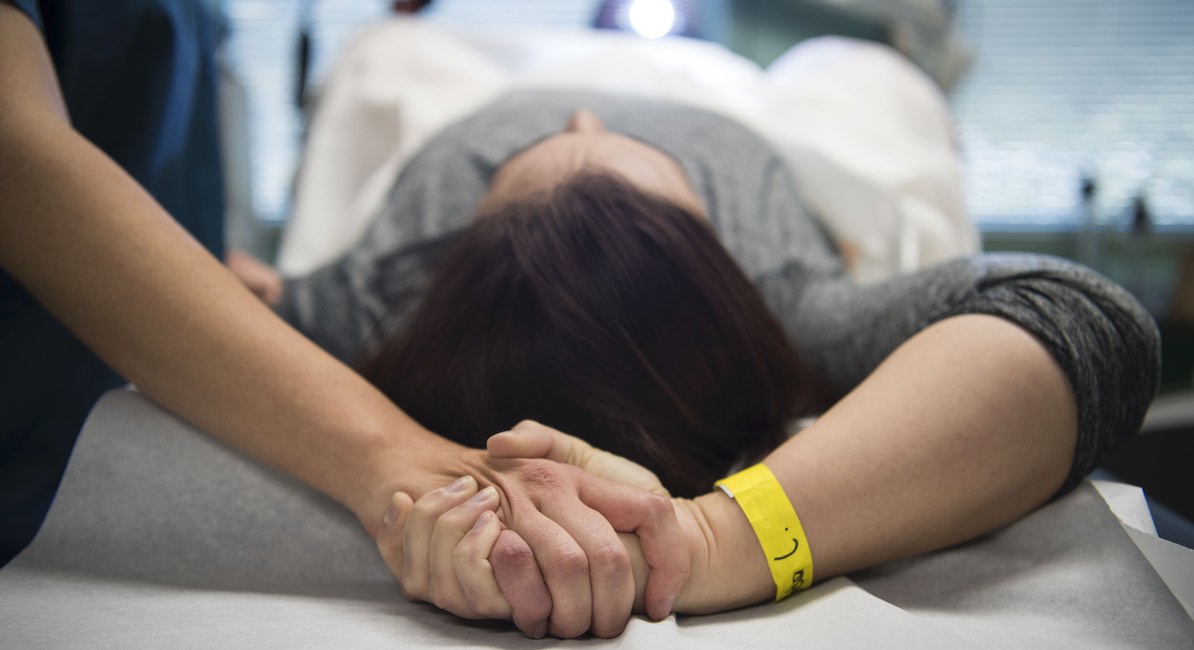 The abortion facility Lovejoy Surgicenter, the oldest abortion facility in Oregon, closed recently but may open again under new management. A book published in 1994 revealed how Lovejoy was run as a profitable business.

Korn refers to Klass repeatedly as a businesswoman, writing, “When they write Allene’s epitaph, whoever is doing the writing might paint her as a hero or villain. The one thing she is sure the epitaph will say, no matter who the author, is that she was one tough businesswoman.” In fact, he adds, “Some of her competitors think Allene is too much of a businesswoman.”

Klass took pro-lifers to court on multiple occasions, thwarting their efforts to stop abortions. She successfully fought against laws attempting to regulate abortion and abortion facilities. Korn gave Klass credit for the fact that there were seven other abortion facilities in Oregon (for a total of eight). But he says, “For her part, Allene is proud of her contribution, but she’s not totally happy with the results. Nobody who runs a business welcomes competition.”

Klass saw other facilities as competition. In fact, she worried about Planned Parenthood moving in on her territory, but was confident Lovejoy could survive:

Allene wonders if Planned Parenthood is going to open an abortion clinic in Portland, as they have proposed….  Parenthood has the greatest name recognition in the abortion field; they could drive one or more of Portland’s providers out of business. But not Lovejoy.

Korn makes it clear that Klass wasn’t running Lovejoy with the intent of serving women. Her motive was money. Korn writes:

At Lovejoy, economy is a watchword. Operating room gowns and towels are laundered on-site, surgical instruments are sterilized and recycled rather than discarded in favor of plastic tools as at other medical facilities. The staff is kept to a minimum.

One consequence is that the abortion prices at Lovejoy are among the lowest in the country, an important consideration for the legions of low-income women who make their way there. “We do a volume business,” Allene says.

READ: Abortionist at Oregon facility made $300,000 working 20 hours a week

By cutting corners and re-using instruments, Lovejoy was able to keep its prices low. This way, they could sell more abortions and make more money in the long run, since women would choose Lovejoy for its cheaper prices.

Depending on how well Lovejoy sterilized the instruments, however, they may have been putting women at risk for infection by not using disposable, single-use instruments. If Lovejoy was understaffed, women wouldn’t have gotten much attention or counseling.

Korn describes how Klass and Carye, an employee, tallied up profits at the end of the year:

Throughout the day Carye walks into Allene’s office updating the daily and monthly patient count… Allene prefers it this way, and the sense of excitement and relief she feels as the numbers come in remind her of why. It has not been a blockbuster year, but satisfactory? Yes. Definitely.…

The numbers look good. Lovejoy has performed almost 200 more abortions than the year before, reversing a declining trend that characterized the last few years. The SurgiCenter has, in effect, beaten the national statistics… The numbers, though still incomplete, tell most of the story – 180 more [first-trimester abortions] this year.

Lovejoy had much competition with early abortions:

[First-trimester abortions] are Lovejoy’s most competitive market because all abortion facilities are prepared to do these simpler, early operations. A large percentage of the city’s second trimester abortions, especially the most difficult cases, will always come to Lovejoy because it is set up as a full outpatient surgical facility.

One trick Lovejoy used to make money was by overbilling insurance companies. They charged women who paid out of pocket $430 for a first-trimester abortion:

But for the same abortion billed to an insurance company… they have raised the rate, from $430 to $530. And the fee they pay their doctors for that abortion remained the same this year – $75. Which means for each insurance-billed [abortion] Lovejoy has profited $100 more. And they’ve done this while increasing market share.

Billing insurance companies a higher amount for the same procedure is on shaky ground ethically and legally. But it allowed Lovejoy to increase their profit margin.

Incidentally, Lovejoy paid its abortionists well at $75 per abortion. One abortionist made $300,000 a year working 15-20 hours a week at Lovejoy.