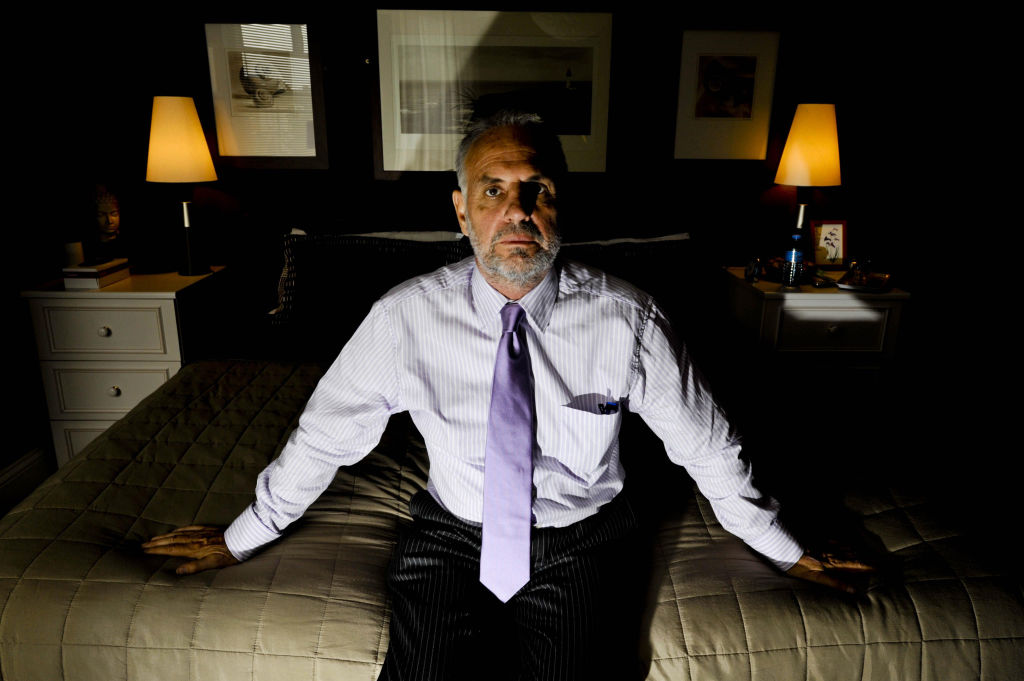 Overall, the Netherlands has shockingly permissive laws when it comes to euthanasia. Children and people with mental illnesses can be legally killed, and doctors recently received permission to forcibly euthanize dementia patients as well. Over a quarter of all deaths in the country are now induced, and some have said they expect euthanasia deaths to double in the next decade. Given these disturbing facts, one would think there is no one who believes euthanasia isn’t easily accessible. But one notorious Australian doctor is looking to help Dutch citizens get around the very few restrictions on assisted suicide.

Philip Nitschke, known as “Dr. Death,” is the founder of Exit International, an organization which advocates for the legalization of assisted suicide. But he’s since launched another group: Pegasos, a Switzerland-based organization which allows foreigners to participate in euthanasia tourism, a concept in which tourists pay exorbitant sums of money to take their own lives.

In a tweet this month, Nitschke seemed to indicate why he felt Pegasos was needed:

The Swiss have not medicalised their end of life laws. Those tired of life can be helped, and couples can die together. Pegasos makes this possible. This pisses off the Dutch, where you MUST be sick, from NL, and a doctor makes the decisions, not you.

The Swiss have not medicalised their end of life laws. Those tired of life can be helped, and couples can die together. Pegasos makes this possible. This pisses off the Dutch, where you MUST be sick, from NL, and a doctor makes the decisions, not you. https://t.co/YfTrxbP0Jg

One of the patients recently killed at Pegasos was Kees Kentie, an 87-year-old Dutch man whose story was profiled favorably by Exit International. Originally published in Dutch newspaper Truow, by author Marten van de Wier, the article seems to clearly indicate that Kentie was suffering from a deep depression. “Everyday actions are against him. Shaving: it’s exhausting. He’s looking forward to his last shave tomorrow,” van de Wier said, adding, “Every time he is afraid of breaking something, of ending up in hospital. To be in pain. And above all: to no longer be able to choose his death for himself.”

Kentie’s partner, Han, died after they had been together for 30 years, and he hadn’t shown any will to live since then. Dutch physicians said Kentie’s suffering was not “unbearable,” so he didn’t qualify for euthanasia, and when his story was profiled in Truow, people from all around the country reached out to him. “They sent letters and emails. One woman offered to take him to the Tefaf, the art fair in Maastricht, where Kentie said he wanted to go again. Another offered to come and play board games with him,” van de Wier wrote. “Kentie was warmed by the letters he received. If he had had their phone numbers he would have called to say ‘thanks’. But no, he did not like activities. Too much hassle, too serious. And, besides, his ‘death wish’ had not changed.”

For someone young and able-bodied, expressing a wish to die after the death of a loved one would indicate depression which required treatment, and that person’s life would be seen as worth saving at all costs. For an almost-90-year-old man, his life wasn’t viewed as worth preserving — not to people like Nitschke, anyway, whose organization accepted Kentie, and killed him.

Kentie is not the first elderly man suffering from depression to be led astray by Exit International. In 2019, a woman named Candice publicly confronted Nitschke after her father, who was depressed, reached out to Exit International — which then gave him advice on how to kill himself. Even as Nitschke’s followers tried to silence her, Candice refused to be silent.

“There are young people who have died, people with depression. It’s wrong, it’s totally irresponsible, he’s a doctor, it’s wrong,” she said, before speaking to Nitschke directly. “Apologise for what happened to my father. The information you put out kills people who are not in a rational state of mind to make that decision.”

Multiple studies in prestigious medical journals have found that people seeking out assisted suicide or euthanasia are most often not afraid of dying a painful death, but are depressed, hopeless, afraid of being a burden, and have no support. When these issues are addressed, the request to die is often withdrawn.

While countries like the Netherlands don’t have many restrictions on euthanasia, it at least isn’t a complete free-for-all, which Nitschke clearly sees as a problem. For “Dr. Death,” there seems to be no interest in actually helping the people who come to him.