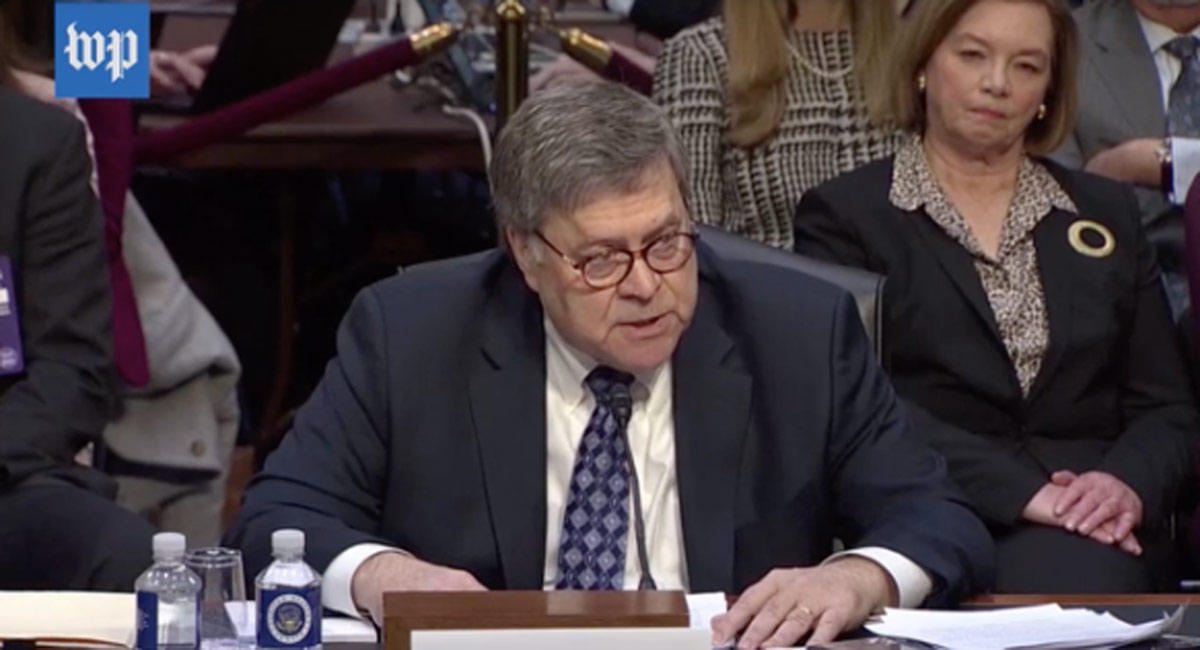 The newly confirmed head of the U.S. Department of Justice, 68-year-old William Barr, once stated that Roe v. Wade was wrongly decided and should be overruled, adding that he didn’t believe the right to privacy extended to abortion. On Thursday, by a vote of 54-45 which fell largely along party lines, the Senate moved to confirm Barr as the next Attorney General of the United States. According to Life News, Barr refused to say that he would defend Roe v. Wade, “and said most challenges to Roe would come from states and that the Justice Department would weigh in where appropriate.”

Barr previously served as attorney general in the early 1990’s under then president George H. W. Bush. Prior to leading the Justice Department in the 1990’s, Barr was the deputy AG and assistant AG overseeing the Office of Legal Counsel and worked with the White House Domestic Policy staff for a year under then-President Ronald Reagan, according to a report by Fox News.

Barr’s nomination by President Donald Trump after former AG Jeff Sessions stepped down in November 2018 was largely opposed by the abortion lobby due in part to statements he made in his 1991 Senate confirmation hearings. When asked by Senator Howard Metzenbaum (D-Ohio) at the time about a “woman’s right to choose,” and a “right to privacy,” Barr responded:

“I haven’t taken a position on it publicly, I don’t believe. I believe that there is a right to privacy in the Constitution. I do not have fixed or settled views on the exact scope of the right to privacy. I do not believe the right to privacy extends to abortion, so I think that my views are consistent with the views that have been taken by the Department since 1983, which is that Roe v. Wade was wrongly decided and should be overruled.”

Barr was asked a second time if he believed Roe v. Wade should be overruled and stated:

According to Fox News,“His answer reportedly surprised then-Sen. Joe Biden, who said Barr should be “complimented” for his “candid answer,” even though the eventual U.S. vice president did not agree.”

It is unclear how (or if) Barr’s appointment will impact the DOJ’s investigation of Planned Parenthood. Investigative hearings by the House Select Investigative Panel on Infant Lives and the Senate Judiciary Committee resulted in Planned Parenthood being referred to the FBI and the DOJ, as well as state attorneys general, for criminal investigations.  A previous report from Live Action News noted, “After two comprehensive probes, the Committee and the Panel separately found that uncovered documents and testimony indicated Planned Parenthood broke multiple state and federal laws with regard to the selling of aborted baby body parts.”

In December of 2017, the DOJ requested more than 20,000 pages of documents connected to Planned Parenthood and the U.S. abortion industry from the Senate Judiciary Committee. At the time, DOJ’s Assistant AG for Legislative Affairs, Stephen Boyd, stated the documents had been requested “to further the Department’s ability to conduct a thorough and comprehensive assessment of that [Senate] report based on the full range of information available.” Read more on that here.