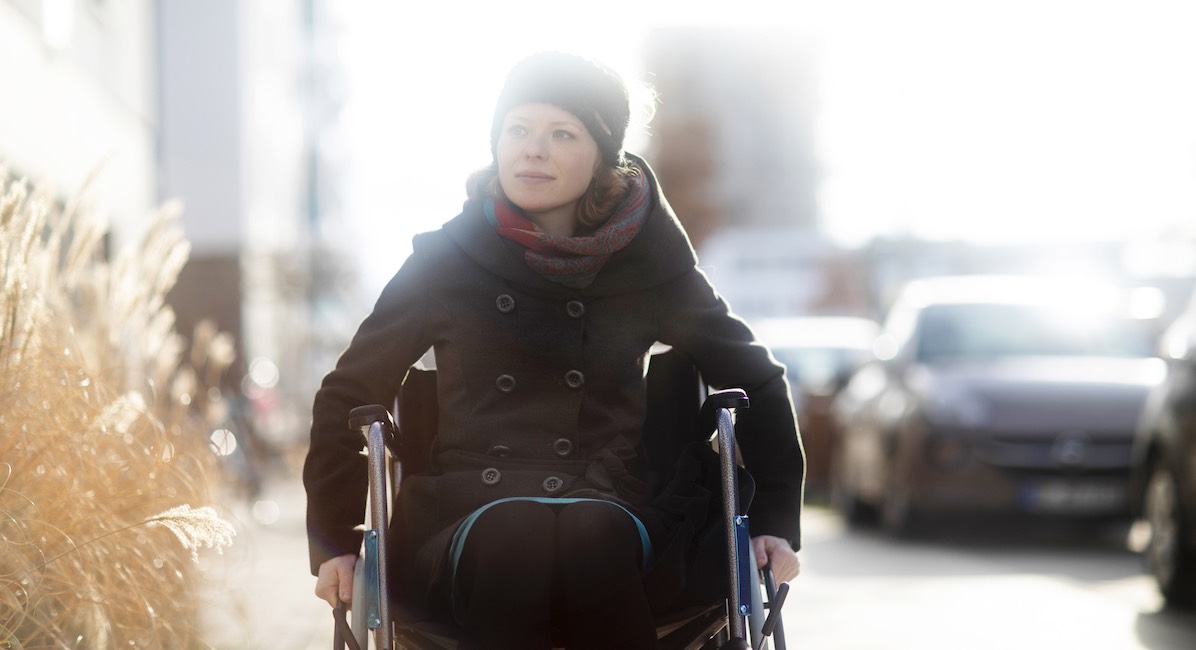 As assisted suicide grows in popularity, people with disabilities are speaking out about their fears of what it will mean for them. While supposedly only meant for those with terminal illnesses, assisted suicide is increasingly seen as acceptable, and is even romanticized, for the disabled. One disability rights activist explained why assisted suicide can never be safe for people like her.

Samantha Connor, who lives in a wheelchair, was with other disability advocates in Australia to protest the premiere of the film “Me Before You.” The controversial movie has a highly offensive plotline: in it, a young, attractive, wealthy man becomes disabled after a car accident. Despite still being wealthy, and having the love of a beautiful young woman, he chooses to be euthanized and give his girlfriend all of his money, so she won’t be ‘burdened’ with him and is able to “live boldly.” People with disabilities across the globe rightly protested the movie, pointing out that it spreads the message that it’s better to be dead than disabled.

During their protest, Connor attempted to make a point, only to be given a message that people do, in fact, think it’s acceptable for Connor and people like her to kill themselves.

“Because I’m completely hilarious I had a giant tin that said ‘Send Me to a Swiss Suicide Clinic’ and I rattled the tin after we’d finished our tiny protest, in jest, thinking that I was being funny,” she said at a rally. “There were about 15 of us, all disabled people and the woman who I rattled it at put money into the tin and said: ‘I support you.’ And so we thought this was initially wonderful, we could rattle the tin for some time and then go to the pub. We took our tin and rattled it and over the course of the next hour, the smiles faded from our faces, because no single person said ‘no’.”

She explained that her group of protesters later sat with the people who had given them money — money so they could kill themselves — to discuss why they had donated.

“There were people who said if they were in a wheelchair, they would also want to die,” she said. “And nobody said: ‘Why do you want to die?’ Nobody said: ‘Are you okay?’ It was such an awful moment for our group of people and it was the thing that solidified for me that we actually can’t safely put in place in this country assisted suicide legislation.”

Western Australia’s parliament is currently considering legalizing assisted suicide, but unlike many governments, there are no safeguards in place for people with disabilities. And on top of that, according to Connor, people with disabilities aren’t being given the support they need, thus passively pushing them to believe death is the preferable option.

“It’s appalling that in a state where we have huge delays for disability carer support,” Ms Connor explained, “there are people who are living in hospitals and nursing homes in Western Australia and those people don’t have the support that they need to live a good life. We can’t support people to die before we support them to live.”

During a parliament session, an amendment that would have banned doctors from suggesting assisted suicide to patients was voted down.

Concerns over assisted suicide being pushed on people with disabilities are valid. In Canada, for example, one man with a disability claimed he was denied adequate health care, and that health care workers attempted to coerce him into assisted suicide. A mother likewise spoke up after a doctor pressured her to euthanize her disabled daughter. Canadian lawmakers are considering legalizing euthanasia for people with Alzheimer’s, and the euthanization of children. In Europe, people are being euthanized because they have mental illnesses, have depression, suffer from addiction disorders, or are autistic. It’s horrifying, but ultimately not surprising.

Once people start to determine that some lives simply aren’t worth living, there’s no boundary strong enough to protect those who are vulnerable.