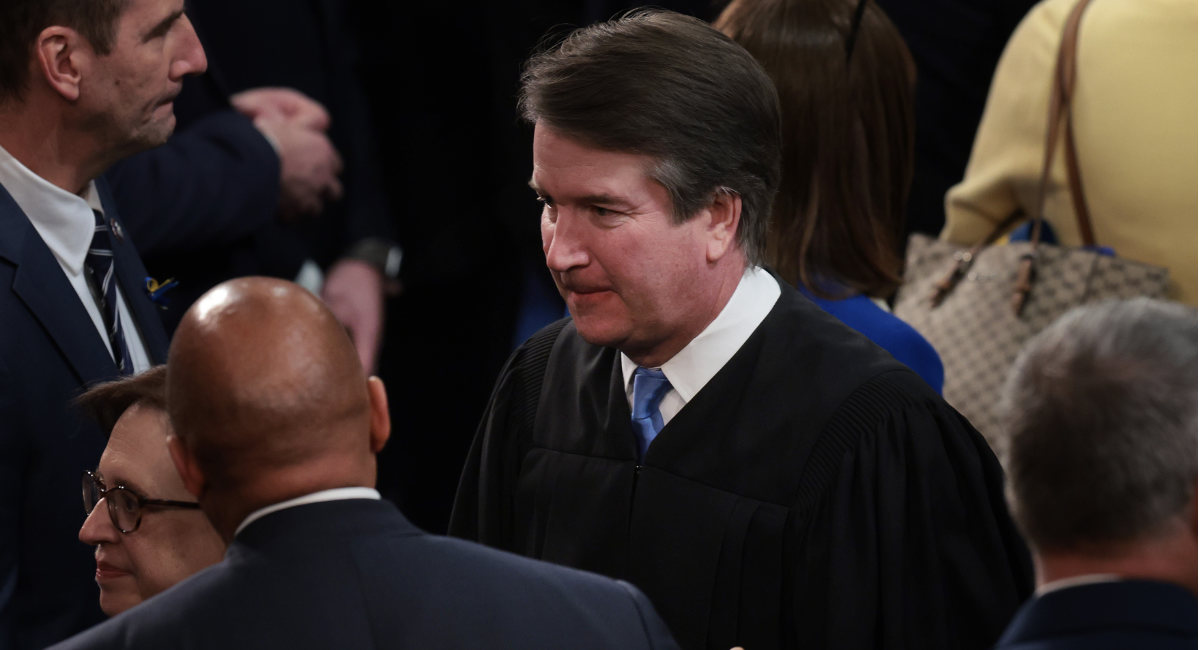 Police have arrested an armed California man who traveled to Maryland with the specific goal of killing Supreme Court Justice Brett Kavanaugh.

According to MSNBC, the man was armed with a gun, a knife, and pepper spray, and was also carrying burglary tools. Reporter Pete Williams said he “told authorities he was there to kill the justice.” The Washington Post later reported that the man’s name is Nicholas John Roske, and he had “in his suitcase and backpack… a Glock 17 with two magazines and ammunition, pepper spray, a tactical knife, a hammer, a screwdriver, a crowbar, zip ties and duct tape, along with other gear.” Fortunately, police were able to stop Roske before he got to Kavanaugh’s house in the early morning hours of June 8, and he was arrested on a street nearby.

Since the leak, there has been non-stop violence and terrorism directed toward the pro-life movement. A common refrain, particularly from a group calling themselves Jane’s Revenge, is that “if abortion isn’t safe, you aren’t either.” Yet there has been little action from the Biden administration to curb this terrorist threat, which in large part is a clear intimidation tactic meant to subvert the Supreme Court. In May, Senator Marco Rubio (R-Fla.) wrote a letter asking the Department of Justice to take action — something he pointed out on Twitter.

“Last month ago [sic] I asked [The Justice Department] to take the threats against Supreme Court justices seriously,” he wrote. “Last night a California man with at least one weapon [and] burglary tools went to Brett Kavanaugh’s home to try and kill him.”

Others pointed out threatening language from abortion-supporting politicians, like Senate Majority Leader Chuck Schumer (D-N.Y.), who specifically singled out Supreme Court justices at a pro-abortion rally in 2020. “I want to tell you, Gorsuch. I want to tell you, Kavanaugh. You have released the whirlwind, and you will pay the price,” he shouted. “You won’t know what hit you if you go forward with these awful decisions.”

The pro-abortion group “Ruth Sent Us” also doxxed the pro-life Supreme Court justices, releasing their home addresses publicly on TikTok after the draft leak — yet attempted to downplay the attack on Justice Kavanaugh in multiple Twitter posts, while also attempting to distance their group from the perpetrator.

He had a gun & a knife. Just say what this man did was wrong. That’s all. https://t.co/Vnh6nMdeFU

Others, like pro-abortion journalist Caroline Reilly, have encouraged the violence against pro-lifers; Reilly tweeted, “[M]ore of this. [M]ay these people never know a moment of peace or safety until they rot in the ground.”

Maryland Governor Larry Hogan released a statement praising police for their quick actions, which kept Kavanaugh safe. This was partly due to his request, along with Virginia Governor Glenn Youngkin, for increased security at justices’ homes after their addresses were leaked.

“I call on leaders in both parties in Washington to strongly condemn these actions in no uncertain terms,” he wrote. “It is vital to our constitutional system that the justices be able to carry out their duties without fear of violence against them and their families.”

According to the New York Post, a spokesperson for the Biden administration said this morning that the president “condemns the actions of this individual in the strongest terms,” adding, “As the President has consistently made clear, public officials — including judges — must be able to do their jobs without concern for their personal safety or that of their families.”

Editor’s Note, 6/8: This post may continue to be updated with further information.