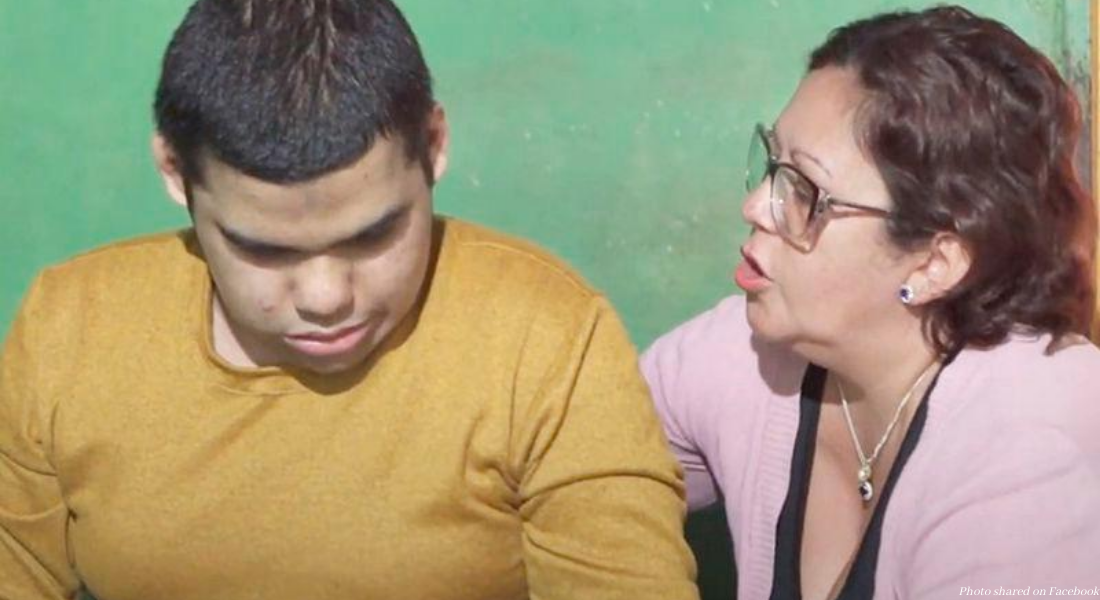 A woman in Argentina is asking to be allowed to kill her son through euthanasia because he has cerebral palsy. Eva Briñócoli was featured in Argentinian newspaper La Nación, in which she spoke about her desire to see her 22-year-old son, Adrián, killed.

In Argentina, direct euthanasia is illegal, so Briñócoli is trying to get a judge to hear her case and allow her to have Adrián killed, even though he is not dying or terminally ill. Adrián is severely disabled, and Briñócoli paints a grim picture of suffering with no hope, and a life with no value, feeding into ableist narratives about life with disability. “Adrián was born like this, with cerebral palsy and seizures,” Briñocoli said in an interview with Channel 12 of Misiones. “We went to Buenos Aires, he was in the Garrahan Hospital, they medicated him well, but nothing could be done and there is no hope of improvement, so we asked to end his suffering and that rest.”

Briñocoli claims it is impossible to take Adrián out of their home, and also says he “self-injures” on a regular basis, though it isn’t clear if this is intentional or not. She also admitted to being exhausted, and fed up with caring for Adrián. “He can’t be on his own, we have to change his diapers, sanitize him, feed him, no one can come home and we can’t take him out either,” she said, adding, “Doctors always tell us the same thing: nothing can be done. I no longer know if I have life ahead of me, but we are also tired and besides, who is going to take care of it when we are not there?”

In addition to seeking euthanasia for Adrián, Briñocoli cruelly justified her outlook, saying, “What would I say to someone who tells me that I am a heartless mother who demands death for her son? I would tell him to spend a full day with Adrián.”

Tragically, Briñocoli’s attitude toward her son and toward her life has been seen time and time again from caregivers of persons with disabilities, and inevitably leads to cultural justification for murdering people who are sick, dying, or disabled. Rather than seeing these murders as inexcusable, horrific acts of violence, they’re instead painted as understandable due to the stresses of the caregiver.

Another parent like Briñocoli actually succeeded in murdering his child. Robert Latimer of Canada killed his daughter, Tracy, because she had cerebral palsy. Latimer claimed Tracy was suffering, though she was known to have been a cheerful, happy girl who loved “sleigh rides, television, games, parties, the circus, and pets.” She dressed up as a princess for Halloween, enjoyed Easter egg hunts, and had fun at sleepovers with friends. Yet Latimer claimed Tracy’s life was full of pain and misery, even as the professionals who worked with her said otherwise. After killing his daughter, Latimer was given, in essence, a slap on the wrist, and is seen by many as a hero in Canada for ending Tracy’s “suffering.” He now campaigns for the legalization of euthanasia.

Both Latimer and Briñocoli reveal one of society’s secrets: many people believe life with disability is not worth living. A parent who kills their disabled child is portrayed as a martyr, while one who kills a healthy child is rightly portrayed as a murderer.

It is long past time to abandon the thinking that the disabled and the sick are burdens, and instead embrace a new culture where we are all accepted as the valuable, worthwhile individuals that we already are.