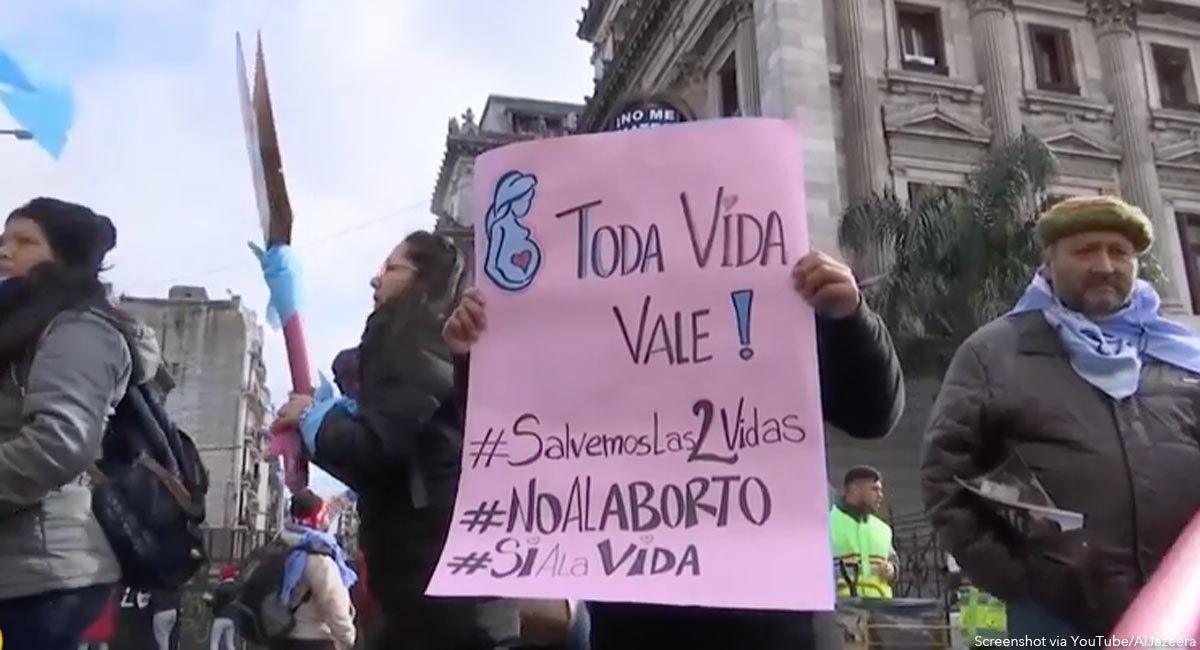 As Argentina’s Senate prepares for a vote that could greatly expand legal abortion in the strongly pro-life country, several hundred doctors continue to protest the proposed legislation. Abortion is currently legal in Argentina in cases of rape or when the pregnancy poses an immediate risk to the mother’s health. The current bill would legalize elective abortion up to 14 weeks gestation for any reason (and expand abortion in cases of rape up to birth) and passed the lower house in mid-June by a narrow vote of 129-125 after 22 hours of debate. The Senate is expected to vote on August 8.

The Associated Press reports that hundreds of doctors hung their white medical coats outside the presidential palace demonstrating their opposition to abortion as part of a recent protest. Physicians have also marched with life-size models of preborn babies and carried signs stating, “I’m a doctor, not a murderer.”

Leaders of one physicians’ organization, the Argentina Medical Society, endorsed the bill legalizing elective abortion claiming that legalized abortion would protect women seeking clandestine abortions while it is illegal. This claim is refuted by an analysis of other countries that have legalized abortion. Meanwhile, Argentina’s Academy of Medicine denounced the legislation, defending the right to life of the preborn and stating, “Nothing good can come when society chooses death as a solution.”

According to CBN News, officials representing 300 private hospitals and medical facilities have opposed the bill, because the legislation does not allow for hospitals to opt out of committing abortions. Limited conscience protections would allow doctors to refuse to commit abortions, but the protections do not extend to private organizations, like Catholic hospitals, that are morally opposed to the taking of a human life in abortion. One physician, Ernesto Beruti, chief of obstetrics at the Austral University Hospital, is quoted by CBN as saying, “How far are we willing to go to? Jail. Even if the law is passed, I’m not going to eliminate the life of a human being. The most important right is the right to live.”

France 24 English posted a video on the pro-life protests happening in the streets of Argentina recently, spurred on by pro-family and religious groups. The broadcaster surprisingly remarks that things don’t look entirely promising for the country’s abortion supporters:

Proposed abortion legislation in Ireland shows a similar disregard for conscience protections. In response, bishops in Ireland said Catholic hospitals will refuse to commit abortions per their ethics guidelines. The ongoing public protest by doctors and hospitals in Argentina indicate that even if legislators approve elective abortion, pro-life health care workers will continue to defend the right to life of the preborn and the full conscience protections of pro-life individuals and organizations.