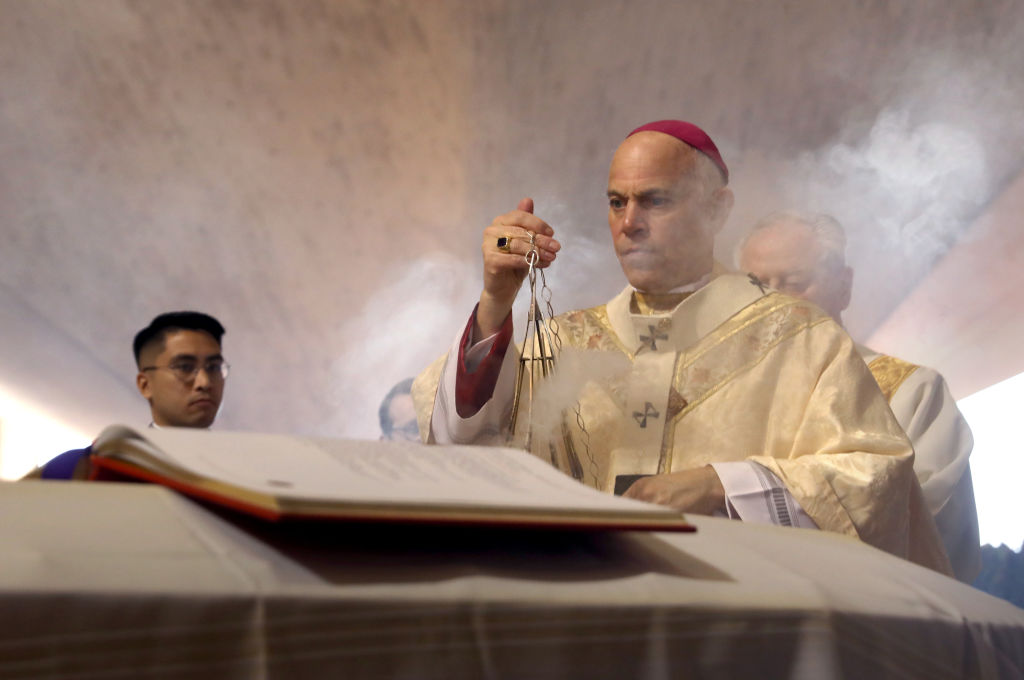 San Francisco’s Catholic Archbishop, Salvatore Cordileone, penned an op-ed in the Washington Post this past week in which he decried the Catholic response to Texas’ new heartbeat law, going so far as to suggest that prominent Catholics who publicly support the slaughter of the preborn should be threatened with excommunication.

In his editorial, the Archbishop, who serves as the bishop for pro-abortion House Speaker Nancy Pelosi, expressed dismay that so many of the most outspoken abortion supporters also call themselves Catholic. “As a faith leader in the Catholic community, I find it especially disturbing that so many of the politicians on the wrong side of the preeminent human rights issue of our time are self-professed Catholics,” he wrote.

He also mentioned the summer’s earlier uproar, in which many people expressed outrage at the idea that pro-abortion politicians should be denied communion. “We were accused of inappropriately injecting religion into politics, of butting in where we didn’t belong,” he said. “I see matters differently.”

Archbishop Cordileone went on to liken today’s fight against abortion to the fight against racism decades ago, calling to mind the actions of New Orleans Archbishop Joseph Rummel, who worked tirelessly to resist racism and segregation within his churches and community despite backlash from many pro-segregation white Catholics. While Rummel urged those Catholics to put aside their racist views, he also used his leadership role to ultimately threaten excommunication to those who persisted in clear opposition to anti-racist Church teaching.

“Was that wrong? Was that weaponizing the Eucharist?” writes Cordileone. “No. Rummel recognized that prominent, high-profile public advocacy for racism was scandalous: It violated core Catholic teachings and basic principles of justice, and also led others to sin.”

Archbishop Cordileone believes that the approach to the fight against abortion should be similar to the one Rummel used:

In our own time, what could be a more egregious ‘denial of the unity and solidarity of the human race’ than abortion? Abortion kills a unique, irreplaceable human being growing in his or her mother’s womb. Everyone who advocates for abortion, in public or private life, who funds it or who presents it as a legitimate choice participates in a great moral evil.

Since the Roe decision, more than 60 million lives have been lost to abortion. Many millions more have been scarred by this experience, wounded victims whom society ignores.

Abortion is therefore the most pressing human rights challenge of our time. Can we pastors speak softly when the blood of 60 million innocent American children cries out for justice? When their mothers are condemned to silence, secretly suffering the injuries of the culture of ‘choice’?

Cordileone says that the appropriate response to the scourge of abortion is to support mothers and children in crisis, not to encourage them to abort. “The answer to crisis pregnancies is not violence, but love, for both mother and child,” he wrote. “This is hardly inappropriate for a pastor to say. If anything, Catholic political leaders’ response to the situation in Texas highlights the need for us to say it all the louder.”