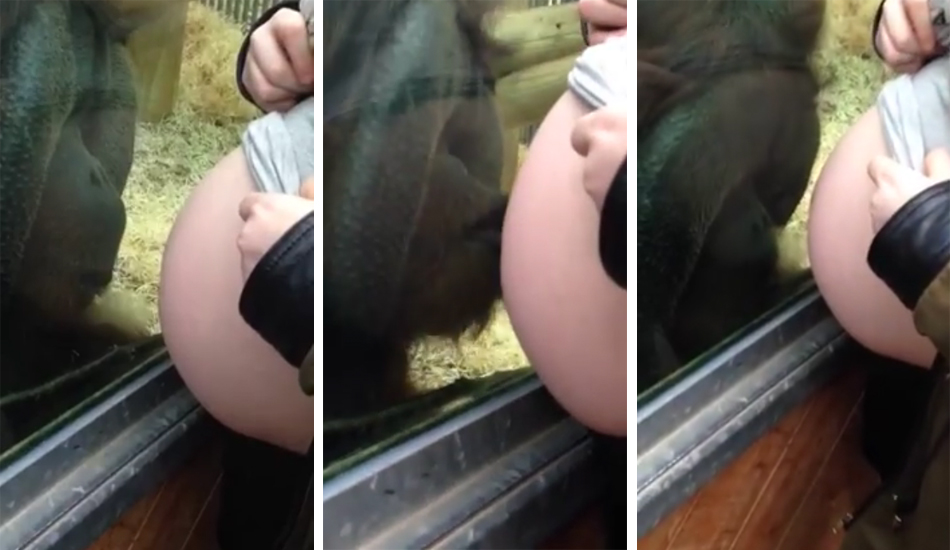 In a video that has been viewed more than 16 million times, an orangutan at a zoo takes notice of a visitor’s baby bump. After staring at the woman’s belly for a bit, the orangutan proceeded to touch the glass enclosure to caress the mother’s belly and even kiss the preborn baby.

The parents, Kieran and Kayley Bettany, are touched by the sweet gestures, and Kayley has lifted her shirt over her belly to let the orangutan see her baby bump.

Moments later he can be heard saying, “Aww, he just kissed it!” as the orangutan reaches in for a gentle kiss.

The amazing moment shows that even animals understand that life begins in the womb. Orangutans are considered to be extremely intelligent, equivalent to a human being who is three-and-a-half years old. This orangutan saw the pregnant mother and knew that there was a new life inside of her that deserved love, and love is what the orangutan gave that child.