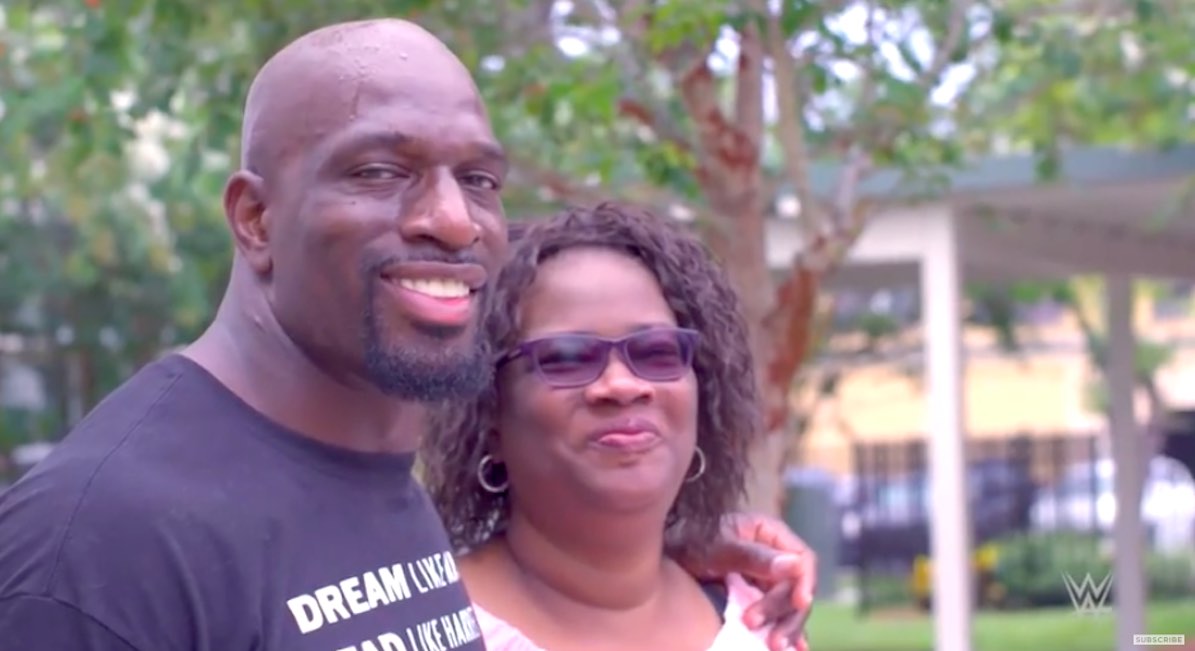 Wrestling fans are undoubtedly familiar with Titus O’Neil. The former football player and WWE superstar has been a fixture on the wrestling circuit for 10 years, and has won several championships. Less familiar for many, though, is the story of his upbringing. O’Neil, whose real name is Thaddeus Bullard, was born to Daria Bullard when she was just 11 years old.

In an interview with WWE, Bullard told her story, which is both heartbreaking and inspiring. “At the age of 10, I went to live with my mom,” she began. “I had lived with my grandparents up until that time. And at that time is when her boyfriend molested me.” It was from that awful act of rape that O’Neil was conceived. And yet, her mother did not offer her daughter the support she needed because she chose life. Bullard was repeatedly pressured by her mother to have an abortion, but she refused each time, at the young age of 10.

“Because I would not have an abortion, she brought me to south Florida. And I still wouldn’t have one,” Bullard said. “So then she put me out, and luckily, I met friends to go live with.”

Despite Bullard’s heroic bravery, the journey was not an easy one to walk. “I was scared, of course,” she said. “I didn’t tell my grandparents. I was feeling more ashamed and embarrassed, like it was my fault that it happened… until years later, when I realized, people telling me it wasn’t my fault. I was just a child. And because I didn’t speak out, nothing was done about it.”

“I know it was a struggle for her,” O’Neil said. “I didn’t find out why that struggle was the way that it was until I was 17 years old… being a product of sexual assault. And that’s how I was brought into this world.”

Previously, O’Neil said he had a difficult relationship with his mother. But finding out the truth, of her love for him and willingness to fight and give up so much to protect his right to life, changed everything. “It was at that moment that I realized that my mother was a kid, trying to raise kids,” he said.

And all these years later, it’s still hard for Bullard to talk about. She was robbed of her childhood and her innocence, and she explained that focusing on that fact upsets her too much. So instead, she tries to emphasize the good in her life instead: her son, and her own incredible strength of character.

Both Bullard and O’Neil acknowledged that their life together was difficult in many ways; they disagreed and butted heads a lot, with Bullard explaining that as a child herself, she didn’t really know how to properly discipline a child. O’Neil struggled with having a lack of a father figure or male role model in the home for him. He also got into trouble, falling in with the wrong crowd so he could avoid getting bullied. “I used to get picked on a lot, because I didn’t have the best clothes, shoes weren’t always the greatest,” he said. “I used to wear broken glasses. My nickname was ‘Eyes.’ And so I used to either fight, or cause a disturbance, in order to try to keep from being the ‘not cool’ guy.” 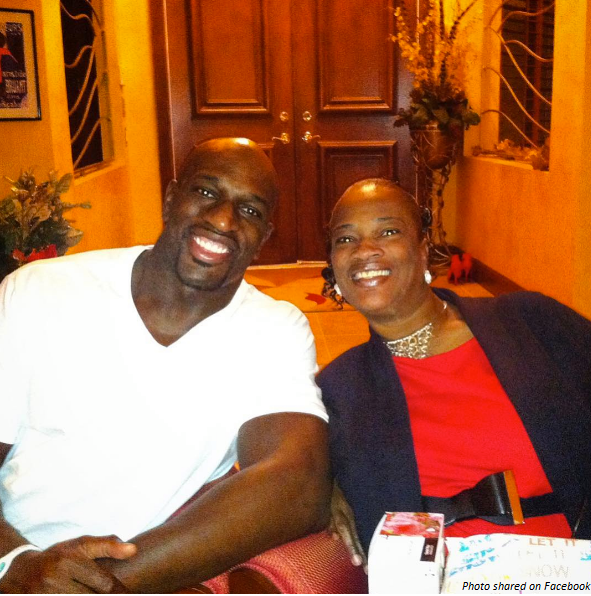 Bullard was able to turn things around by sending O’Neil to the Florida Sheriff’s Boys Ranch, in Live Oak, Florida. He originally hated his mother for sending him, but after three years, it made a huge change in his life. “That moment, of going there, 12 years old, and feeling like I was thrown away, with already having a strained relationship with my mom… I felt like she had given up on me,” O’Neil said. “As I’ve gotten older, I’ve realized just how much my mom had to sacrifice. My mom didn’t graduate from high school until after I graduated high school. So I try to do my best to give her those moments now, realizing and understanding that like, my mom is still a kid, really.”

Sports became the outlet for O’Neil, and the rest was history. After playing high school football, O’Neil became a standout player for the University of Florida, winning the national championship with the team in 1996. Injuries from football prevented him from playing in the NFL, and his career with WWE was born. Bullard was originally skeptical, but remained supportive, and his career as a wrestler took off. “Just to see the reaction of, not only the kids, but the adults, I’m impressed that he has such an impact,” she said. “From where he come [sic] from, God put him on this platform … to me, it’s the highlight of my Monday night.”

O’Neil now works to help other kids with upbringings similar to his own, raising millions of dollars and spending time with them, to show that he’s been where they are and was able to succeed. And along the way, it’s proven to Bullard that she made the right choice, all those years ago.

“Each accomplishment in his life I treasure, even from the time he was vice president of student council,” she said. “Whoever would have thought that a kid you had to make go to school, and do what he had to do, could overcome so many things? And to see the grandkids now, I’m very proud of them … I thank God all the time that he realizes that, you’re not just a WWE star. You’re a human being, and you need to make a difference, and you are making a difference in the world. I am a very proud mom. I know sometimes I don’t tell him enough, but he is my pride and joy.”