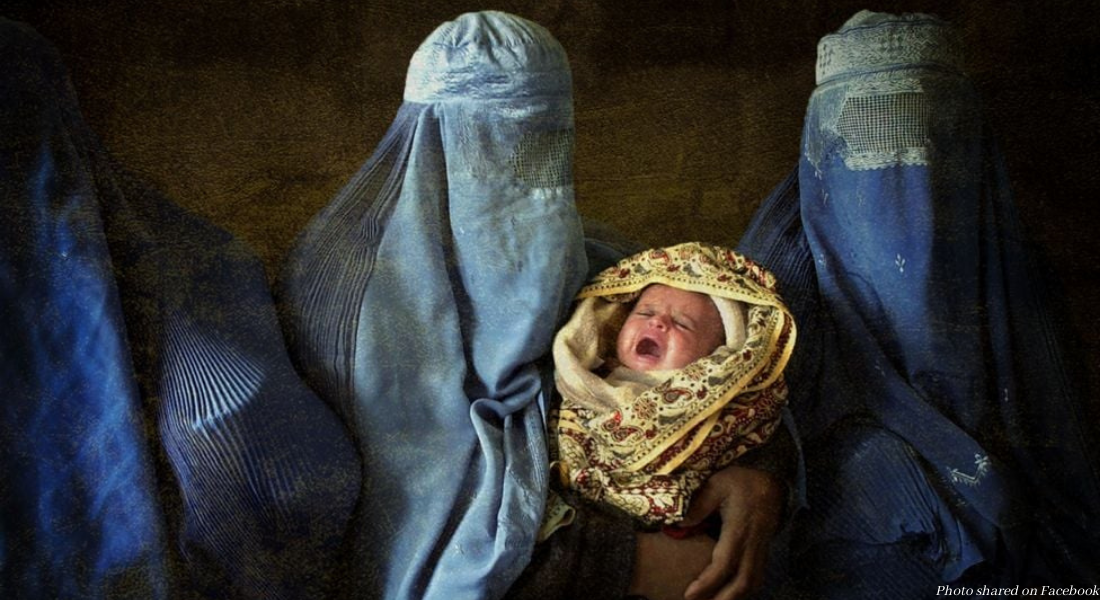 Women continue to suffer after the Taliban’s takeover of Afghanistan, including negative changes in how women are allowed to give birth. According to a BBC report, the gains made for women in childbirth, which improved maternal mortality and neonatal care, are quickly evaporating.

A woman named Rabia spoke to the BBC about her experience giving birth in an Afghanistan hospital both before and after the Taliban takeover. “This is my third child, but the experience was totally different. It was horrible,” she said.

Her midwife, Abida, agreed. “We were sweating like we were taking a shower,” Abida said of the most recent birth. “It was one of the worst experiences I’ve ever had in my job. It was too painful. But this is our story every night and every day in the hospital since the Taliban took over.”

During labor and delivery, Rabia was given no pain medication, no food, and no medicine of any kind to ward off infections or other complications. The power to the hospital had been cut off, so there was also no electricity or air conditioning.

According to the World Health Organization, Afghanistan long had one of the worst maternal mortality rates in the world. But after the United States defeated the Taliban, that slowly began to improve. Now those improvements are disappearing.

“There is now a great sense of urgency and desperation. I really feel the weight of that,” United Nations Populations Fund (UNFPA) executive director Natalia Kanem told the BBC.

Dr. Wahid Majrooh, the acting minister of public health for Afghanistan, said he expects to see deaths increase. “Primary health facilities across Afghanistan are collapsing… maternal mortality rates, child mortality rates, will increase, unfortunately,” he told the BBC. Part of this is because the Taliban’s rise has influenced the amount of foreign aid being delivered to Afghanistan. Western aid organizations have said they’re facing difficulties in delivering supplies, and with the COVID-19 pandemic, it’s only going to get worse. “There is no preparation for the possibility of a fourth wave of Covid.”

This even affects ambulances, as there isn’t enough fuel to run them.

“Just a few nights ago, a mother was close to labour and urgently requested an ambulance because she was in too much pain. We had to tell her to find a taxi, but none were available,” Abida said. “When she finally managed to find a car, it was too late – she gave birth in the car and became unconscious for several hours because of the severe pain she was in and the extreme heat. We didn’t think she’d survive. The baby was also in a very dangerous condition, and we had nothing to provide for either of them.”

Luckily, mother and baby survived and were able to be discharged after three days of recovering. But other women are not so fortunate. “We’re working overtime, day and night, to patch together a system but we need the funds,” Kanem said. “Even before the dramatic events of the past few weeks, an Afghan woman dies in childbirth every two hours.”

Others fear that the Taliban will encourage child marriage again, particularly among young girls who are uneducated and already living in poverty. “If you’re a young mother, your chances of survival shrink immediately,” Kanem said of these children.

Further, women who are pregnant and struggling to survive find it even harder to get the prenatal care they need, because under Taliban rule, women can’t go out in public without a male escort. “My husband is a poor man who works to feed our children so why should I ask him to go to the health centre with me?” a woman named Zarmina told the BBC. This policy also makes it difficult for the women who work in health care to get to work — and considering women needing maternal care can only be seen by women, it could mean that laboring mothers may end up not receiving health care at all.

“Everything changed overnight,” Dr. Nabizada, a female gynecologist in Kabul who resigned after the Taliban takeover, told the BBC. “My neighbour is 35 weeks pregnant and needed to set a date for a caesarean section. But her doctor’s phone has been off. She’s so tense and worried and hasn’t been feeling her baby’s movements.”

Heather Barr, associate director of the women’s rights division at Human Rights Watch, said funding cuts have meant women even have to pay for their own medical supplies. “Afghans hear a lot about war casualties. But few talk about how many women and babies die due to preventable deaths linked to childbirth,” she told the BBC. “One woman spent about $26 on things like gloves, sterilising fluid, and a tube for the catheter in your hand. She’d spent the last of her money and was incredibly stressed because if she needed a caesarean section, she’d have to buy her own scalpel.”

A 28-year-old woman named Lina said that her husband, a shepherd, lost his job after the Taliban takeover, meaning the couple didn’t have money for medical care. “Before the Taliban came to power, a health clinic diagnosed me with malnutrition and anaemia while I was pregnant,” she said. “My husband took me there by donkey. A midwife managed my complications and was able to birth my baby which had a low birth weight.” Lina is now at home, in poor condition, and unsure how they’ll be able to pay for her baby. Meanwhile, people like Abida are working without pay, driven by a sense of duty to care for the women no one else will.

“The situation is getting worse with every passing day,” Abida said. “Nobody knows what will become of us.”