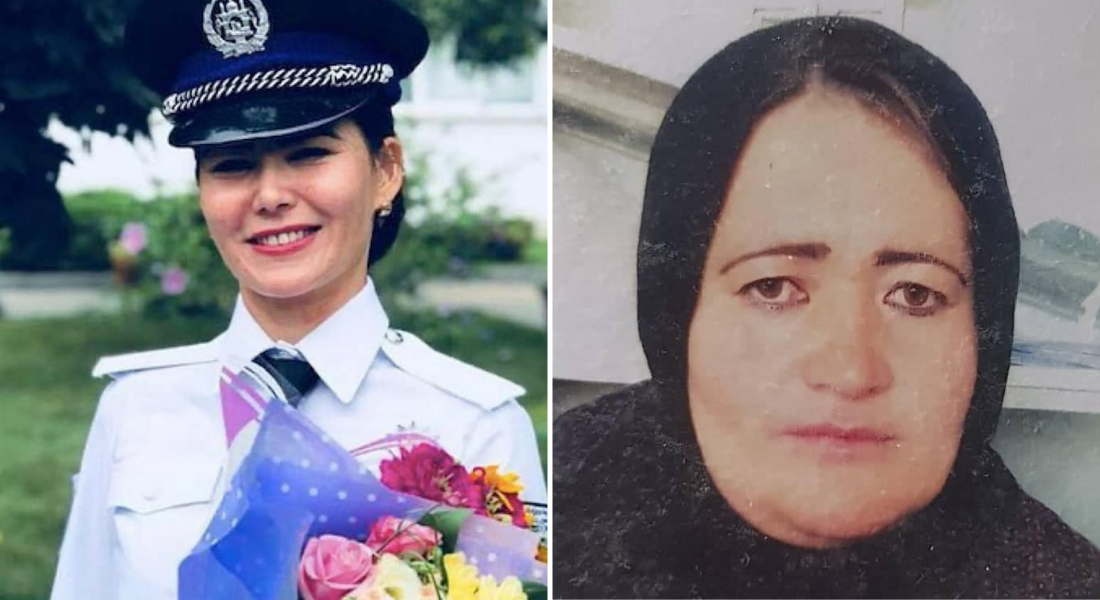 A policewoman in Afghanistan who was eight months pregnant was murdered by the Taliban, the woman’s family claims. Though the Taliban denies responsibility for the murder, her husband and children say the attack was carried out in front of them.

Banu Negar lived in Firozkoh, the capital of central Ghor province and according to reports from the BBC, she was killed at her home. Three sources say the Taliban was responsible, and relatives supplied graphic photos to the BBC, including bloody carpet in her home and a body with a disfigured face.

A local journalist in Ghor also told CNN that Negar worked in a local prison, and confirmed that she was visibly pregnant.

Reports from her family say that three gunmen, all speaking Arabic, entered the home and searched it, before tying up members of the family. Negar was then beaten and shot in the head. “They killed our mother before our eyes,” Mohammad Hanif, Negar’s son, told CNN. “They killed her with a knife.”

Yet the Taliban, which has promised to be more progressive on women’s rights compared to their oppressive history, has said they were not involved.

“She hasn’t been killed by the Mujahideen of the Islamic Emirate, probably it is because of a personal animosity, but we haven’t received the final result of the investigation,” Taliban spokesman Bilal Kareemi told CNN. “Our Mujahideen are busy investigating the incident and we will share with you our final findings as soon as we receive it.”

Yet despite promises to respect women’s rights, many are skeptical. Taliban fighters forcibly ended the women’s march in Kabul by firing weapons into the sky, and have said they won’t hold grudges against members of the now-ousted government. Yet reports from Afghanistan are showing otherwise; one woman, for example, was said to have been beaten and then set on fire after Taliban fighters ordered her to cook for them, and she said she couldn’t because she was struggling with poverty.