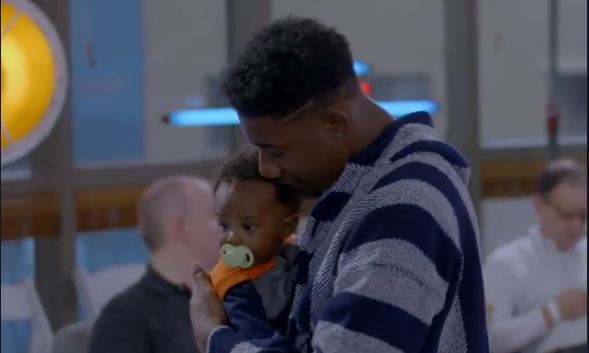 American Idol shared a beautiful pro-life story of adoption on the show’s Facebook page on March 19, 2018, highlighting contestant Marcio Donaldson’s decision to take in and raise his infant nephew Rashad.

Donaldson, who is from Compton, California, shared the difficult childhood he had, growing up around gun violence and drug use in a tough neighborhood where many children didn’t live to see age 13.

“Growing up we lived in a roach infested apartment,” said Donaldson. “My mother tried her hardest, but children’s services ended up placing me and my sister in the system. So I found refuge in my music. […] It gave me hope.”

However, he said, the cycle is always repeating itself. It started with his mother being in the system, then him, and then his sister had a child.

“She couldn’t keep him. Drugs played a big factor in that because she couldn’t take care of him. The police and the social worker, they came to my home. They brought him – and here’s this week old baby – sorry,” Donaldson said through tears. “They said, ‘You have to decide if you will keep this child or he goes in the system.’ I looked at him. I said, ‘I’ll take him’.  I didn’t want him to go through what I went through.”

While Donaldson admits he had no idea what he was doing when he first took custody of Rashad, he calls his son “a real gift.”

“And it was the right decision,” he said looking at Rashad. “And he’s changed my life. […] Now, I am not only performing for me, I’m performing for my son. I want to show him what a man can really do when you step up to the plate.”

Donaldson and Rashad prove that children whom the abortion industry deems “unwanted” are actually very much wanted and loved. Adoption definitely saves lives.