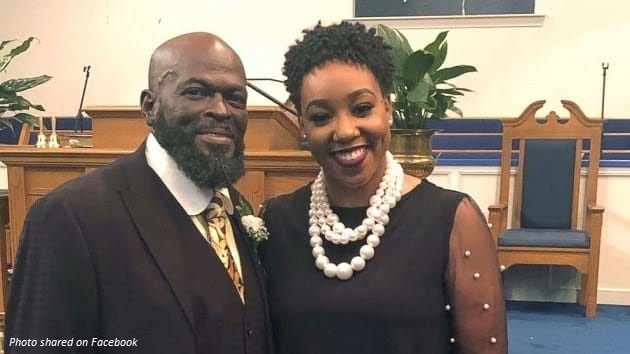 DeLauren McKnight was adopted by Billy Houze as an infant, without having any idea that one day, despite the unbelievable odds, that little girl would save his life. When Houze found out he needed a kidney transplant, it was his adopted daughter who ended up being the match.

Houze’s wife, Karen, found out in 1992 that her great-niece — a frequently suicidal heavy drug user — was pregnant. Through what is described as a miracle, when McKnight was born, neither mother nor baby tested positive for drugs at birth, and while her great-niece went to prison, McKnight went into the foster care system until she was adopted by the Houzes at six months old. Houze, a pastor, was now the proud father of five children.

Over 20 years later, Houze would undergo gallbladder surgery, which led to his kidneys shutting down. After suffering complications from the surgery, he spent weeks in the ICU, on dialysis, with doctors telling him he would need a kidney transplant, which could take up to five years — and it could take up to seven years to find a match.

READ: Family welcomes third baby by adoption: A child is ‘the most precious gift’

Two of Houze’s sons were tested, but neither was a match. And then, seemingly impossibly, McKnight got tested… and found that she could donate her kidney after all. “I never thought I would be a match because I was adopted,” McKnight told said in an interview with Good Morning America. “I got the call at work and I wanted him to be the first person that knew. I called and I said, ‘Daddy, I have to tell you something. I’m a match.'”

McKnight, according to Houze, now believes that this was the divine purpose behind her adoption. “You thought you were saving me, but you were saving me so that one day I could save you,” he recalled her saying in an interview with the Shelby Star. And for her part, McKnight couldn’t be happier to save her dad’s life.

“I call him my Superman,” she said. “Without him and my mom, I wouldn’t have known where I’d be. There’s nothing in this world I wouldn’t give him so he can enjoy life and be right there beside me.”