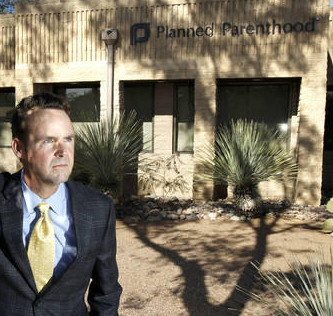 On August 7, Alliance Defending Freedom sent a letter of complaint to the Arizona Department of Health Services against Planned Parenthood AZ, Inc. The letter states that the Planned Parenthood at 1250 E. Apache Blvd in Tempe, AZ violated Arizona’s mandatory law to report sex abuse of a minor when a counselor failed to report the sexual assault of an underage girl.

The girl and her mother went to Planned Parenthood on December 31, 2013 and again on January 4, 2014. They informed Planned Parenthood of the rape, however, the counselor intentionally miscoded it as consensual sex and told the mother and daughter that the clinic did not want the hassle of reporting the assault. Because of this, the alleged assailant, Tyler Kost, went on to assault four more girls.

The complaint from Alliance Defending Freedom explains that after the rape become known to Planned Parenthood, Kost sexually molested at least those four new victims.  If a report had been filed by Planned Parenthood as they are legally required to do, four girls could have been saved the from rape.

Kost, 18, faces 27 felony charges including 10 counts of sexual abuse, nine counts of sexual conduct with a minor, seven counts of sexual assault and one count of child molestation. As the number of possible victims rose to 18, a judge ordered Kost to be held without bond. All of the alleged victims are between the ages of 13 and 17.

Failure to report sexual conduct with a minor in Arizona is a Class 6 Felony. The Department of Health Services now has authority to investigate not just the Planned Parenthood of Tempe, but all of the Planned Parenthood affiliates across Arizona. That’s because this isn’t the first time an Arizona abortionist has broken a law. Last year, Live Action released an undercover video of a late-term abortionist at a Phoenix clinic admitting that she would not aid a child born alive after an abortion despite the fact that according to Arizona law, she is required to.